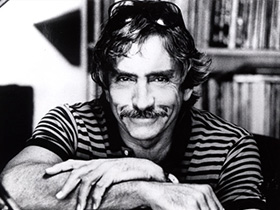 Edward Albee, one of the most prominent playwrights in the United States, was born in 1928 in Washington, DC,adopted by Reed and Frances Albee of New York, and attended the Valley Forge Military Academy in Wayne, Pennsylvania, for a time. He wrote his first play The Zoo Story in 1958. This one-act play was an instant success, and Albee became known as a member of The Theatre of the Absurd. His first full-length play, Who's Afraid of Virginia Woolf? (1961-1962) was nominated for a Pulitzer Prize but lost due to the show's controversial subjects and language. Warner Brothers Studio adapted the play into a film that was the third biggest moneymaker of its release year. Albee was later awarded Pulitzer Prizes for his plays A Delicate Balance (1966), Seascape (1974), and Three Tall Women (1990-1991).

Edward Franklin Albee III was born on March 12, 1928, in Washington DC and adopted by Reed and Frances Albee of Larchmont, New York. Frances was twenty-four years older than Reed. Reed named his son after his grandfather, Edward Franklin Albee II, who started the family business managing a chain of vaudeville theatres. The Albees were wealthy and Frances enjoyed the high society life. The family business exposed the young Albee to the world of the theatre. Growing up, Edward never felt comfortable with his adoptive parents. He said they did not know how to be parents and that his adoption was a mere fulfillment of their lifestyle, an attempt to realize the American Dream. However, the young child developed a loving relationship with his Grandmother Cotter.

Schooling and Albee did not mix well. In 1938, Albee was sent to the Rye Country Day School in Westchester County, New York, and then to a school in Lawrenceville, New Jersey. He was expelled from Lawrenceville for refusing to attend classes. After his expulsion, Albee's parents sent him to Valley Forge Military Academy in Wayne, Pennsylvania. Albee called it the "Valley Forge Concentration Camp." Albee's parents the next year sent him to the Choate School in Wallingford, Connecticut, and he graduated there in 1945. During his school years Albee primarily wrote poetry, and some were printed in school publications.

Albee's parents pushed him to continue his education, and Albee attended Trinity College in Hartford, Connecticut. He liked school only when doing the stuff he wanted to do. He did well in classes that interested him, and badly in the ones that did not. Albee was asked not to return to Trinity College, so he returned home. In 1948, after a disagreement about his literary dream with his adopted mother Frances, Albee left home and moved to Greenwich Village in New York. He worked a series of odd jobs, including message carrier for Western Union.

In 1949, Albee came into a moderate trust fund set up for him by his Grandmother Cotter. The funds afforded Albee the opportunity to travel to Florence, where he wrote a novel. In Albee's own words, "the novel was awful." Then in the spring of 1958, when Albee turned thirty, he took fifty sheets of poor quality yellow typing paper home with him from the Western Union office where he worked. On the rickety kitchen table, in three weeks, he wrote a one act play titled, The Zoo Story. The play was produced on September 28, 1959, at the Schiller Theater Werkstatt, West Berlin, Germany. By January 14, 1960, the play premiered off-Broadway at the Provincetown Playhouse along with Samuel Beckett's Krapp's Last Tape, a play from a playwright that inspired him. The Zoo Story is a one-act play about two men from different life styles, Jerry and Peter, who meet on a park bench at the zoo. The play itself seems to be a reflection of Albee's life at the time he wrote it, containing themes of isolation, loneliness, and contempt for the mythical "American Dream." The Zoo Story ran for 582 performances.

The success of The Zoo Story in the United States was the beginning of Albee's career. Critics' opinions of the new playwright were divided and Albee became known as a member of The Theatre of the Absurd, a French theatre tradition. Albee's name began to be mentioned alongside one of his primary inspirations, Irish playwright Samuel Beckett.

On February 25, 1962, Albee submitted an article to The New York Times entitled "Which Theatre is the Absurd One?" The article was Albee's reaction to being labeled an absurdist and his response to the notion that the Theatre of the Absurd was on its way out. In the article Albee expressed his views on theatre, critics, audiences, and the business of "uptown" Broadway:

When I was told, about a year ago, that I was considered a member in good standing of The Theatre of the Absurd I was deeply offended. I was deeply offended because I had never heard the term before and I immediately assumed that it applied to the theatre uptown--Broadway. What (I was reasoning to myself) could be more absurd than a theatre in which the esthetic criterion is something like this: A "good" play is one which makes money; a "bad" play (in the sense of "Naughty! Naughty!" I guess) is one which does not;

The health of a nation, a society, can be determined by the art it demands. We have insisted of television and our movies that they not have anything to do with anything, that they be our never-never land;...... It is a lazy public which produces a slothful and irresponsible theatre.

Then on October 13, 1962, Albee's first full-length play Who's Afraid of Virginia Woolf? opened on Broadway. The play was about an educated middle-class couple struggling in their marriage. Albee's story dared the public to become active observers of theatre and did not allow the audience to drift off into "never-never land." Abe Burrowes, a director and playwright, approached Albee after the play's first production and said "Welcome to the theatre, young man." The audience called for the playwright to come out on stage, but Albee did not go. The show ran for 664 performances. In 1963, Who's Afraid of Virginia Woolf? was recommended for a Pulitzer Prize in Drama. However, due to the play's controversial subject matter and language (J.D. Maxwell, a Pulitzer Trustee, called the play "filthy"), it was denied the prize. Two jurors resigned from the Pulitzer committee in protest of this denial.

Though the play was controversial and critics' reviews divided, Warner Brothers Studio decided to adapt the script into a screenplay. In July of 1966, the film was released, starring two-time married couple Elizabeth Taylor and Richard Burton. Theatre owners, in response to the questionable language and subject matter, displayed signs prohibiting viewers under the age of eighteen. Conservative movie critics said Virginia Woolf was a "scathing picture of modern marriage" and the script "homosexual spite." Regardless, the film was the third biggest moneymaker of the year.

In interviews, Albee continued to share his opinions about "uptown" theatre, criticizing the establishment, though it contributed to his recognition. "Look at Broadway," he said. "There is almost nothing on Broadway that engages the mind. The situation hasn't changed much since I started writing plays. The best stuff is always in the small theaters."

On January 26, 1975, Seascape, written and directed by Albee, opened on Broadway. In it, two characters are having a picnic lunch on the beach when another couple, half human, half lizard appears. The main theme of the play is communication and understanding. Again, the critics' reviews for the play were divided. Most reviews were negative of the first production, though Harold Clurman, an American theatre drama critic, said of Seascape "It is his most relaxed play, a 'philosophical' whimsy." Albee received his second Pulitzer Prize in drama for Seascape.

In a 1980 interview with Patricia De La Fuente, Albee shared his views about theatre critics and the war between the two continued:

I've noticed that there is not necessarily a great relationship between what the majority of critics have to say and what is actually true. Some of them are so busy trying to mold the public taste according to the limits of their perceptions, and others are so busy reflecting what they consider to be the public taste.

Albee's third Pulitzer Prize was awarded in 1994 for Three Tall Women. It was a surprising comeback; many critics believed that Albee had nothing new to bring to the theatre. Three Tall Women observed an elderly woman reminiscing about her life. Albee split this woman into three characters—A, B, and C—each character representing a time period within her life. Throughout the play, the women spoke about a son and the audience learned that the son left many years ago. Those who take a biographical analytical approach to Albee's works believed that this play was a bearing of his soul and reflected the strained relationship that Albee had with his adoptive mother. In addition to the Pulitzer, the play won four other theatre awards that year. In 1989, Albee joined the faculty at the University of Houston, where he would remain for fifteen years.

In 2002, at the age of 65, Albee's play The Goat, or Who is Sylvia? opened on Broadway at the John Golden Theatre. The play is about a middle-aged man whose life changes when he falls in love with a goat. The play pushed societal boundaries regarding morality and social taboos. Topics within the show included homosexuality, incest, bestiality, and infidelity. The play was awarded a Tony for Best Play in 2002.

Three years later, with multiple shows including Who's Afraid of Virginia Woolf? in revival on Broadway, Albee was awarded a Special Tony Award for Lifetime Achievement in the Theatre. He also continues to serve as the president of the Edward Albee Foundation, which he founded in 1967 to provide time and space to writers and visual artists in which to work.

In an inverview with Mike Emery, Albee describes theatre as one of the most important art forms:

Its great virtue is that it is a live experience between the audience and performed art. It's always in the present tense, and things can go wrong. That's the difference between a play and a movie. When you see a movie, you know that it has already happened. You're seeing a record of something. When you go to a play, it's in the present tense. It is happening right in front of you. It's a more intense dramatic experience. That's a very important aspect of theater.

Edward Albee died September 16, 2016, at age 88. He wrote over 30 plays and his productions and earlier plays have been performed throughout academic and professional theatres. He returned to the University of Houston in 2009 as a Distinguished Professor in Theatre and Dance and was awarded the 2011 American Artist Award at the Mead Center in Washington, DC. This award, according to BroadwayWorld.com, honors an artist who has made a significant contribution to American theater and who represents all that is passionate, exuberant, deep and dangerous in the American spirit.