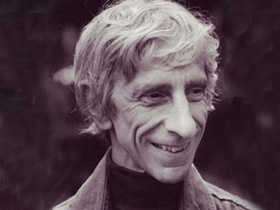 Author of children's literature and novels, Lloyd Alexander received the National Book Award and the Newbery Medal for The High King.

Lloyd Alexander was born on January 30, 1924, in Philadelphia, Pennsylvania. By the age of 15, Alexander knew he wanted to be a writer. After serving in World War II and studying at the University of Paris, he returned to Pennsylvania in 1947 to begin a writing career. Seven years later, after several rejections, Alexander published his first book, the novel And Let the Credit Go (1955). However, it was not until 1963 that he would discover his true passion as a writer: fantasy novels for children. In 1969, Alexander won the prestigious Newbery Medal for The High King, the final volume in his acclaimed series, The Prydain Chronicles. He also won the National Book Award on two occasions: The Marvelous Misadventures of Sebastian (1970) and Westmark (1981). Alexander died in 2007 in Drexel Hill.

Lloyd Chudley Alexander was born on January 30, 1924, in Philadelphia, the child of well-to-do parents Alan and Edna Alexander. But before Alexander reached the age of six, his entire life changed dramatically; the stock market crash of 1929 left his father, a once successful stockbroker, bankrupt. Financial insecurity forced Alexander's parents to discontinue his cherished study of piano, but Alexander soon discovered a new, more affordable passion: reading.

As a young man, Alexander was fascinated by books about Greek and Celtic mythology. At 15, when he was preparing to graduate high school, his love for reading convinced him that he wanted to become an author. That early enthusiasm was stifled, however, when he informed his parents of his decision. Concerned for this financial future, they strongly disapproved.

Over the next four years, Alexander worked as a messenger boy at a local bank and continued to write in his spare time. Following an unsuccessful term at a local college and growing frustrated with his work, Alexander decided to enlist in the army in 1943, seeking adventures that would inspire his writing. His tour of duty would lead him across Europe, beginning in Wales and eventually ending in Paris, where, after the Allied victory, he served in a counterintelligence unit.

Following his discharge from the army, Alexander studied at the University of Paris, where he met his wife, Janine Denni. Soon after, though, Alexander became convinced that living in Paris was holding back the progress of his work. As he explained many years later in an interview with a publicist for his publisher, Penguin Books, Alexander knew that "if I was to write anything worthwhile, I would have to be closer to my own roots." In 1947, he moved back to Pennsylvania with his new wife and daughter, settling in Drexel Hill, Pennsylvania.

For the next seven years, Alexander diligently worked on several novels—with no success. Frequent rejections by publishers forced him to work both as a cartoonist and as an editor to provide for his young family. Finally, with his fourth effort, Alexander achieved his goal: Crowell Publishing agreed to publish his first book, And Let the Credit Go (1955). This novel told the story of a young author trying desperately to be published. While not a memoir, the novel did contain many parallels with his own life. With this success, Alexander realized that writing about what he knew and lived was an effective formula for his fiction.

Alexander followed this formula for nearly ten years before he "learned [that] a writer could know and love a fantasy world as much as his real one." Shortly after making this discovery, Alexander published his first children's fantasy novel. Time Cat: The Remarkable Journeys of Jason and Gareth (1963) tells the story of a magical cat who travels through time. As he continued to explore fantasy writing, Alexander called upon his past to find inspiration. Recalling his early childhood interest in mythology, Alexander began to combine the stories of King Arthur with his own memories from the time he had spent in Wales during World War II. In this way, Alexander created the mythological world that would be the setting for his five-novel series, The Prydain Chronicles (1964-1968).

The Prydain Chronicles is a collection of stories about an assistant pig-keeper named Taran. Taran is a young man who dreams of adventure and acts of heroism that will help him escape his current state of a simple pig keeper. Taran lives in Prydain, which, as Alexander describes it in his author's notes for The Black Cauldron, is a universe with its "roots and inspiration" in ancient Welsh mythology. The story, however, is the work of Alexander's own imagination. Over the five novels of the series, Taran fights many battles with the Arawn Death-lord, who has oppressed the people of Prydain by stealing their knowledge and ability to skillfully work the land. Throughout Taran's adventures through Prydain and battles against Arawn, he begins to better understand himself and the world around him.

The Prydain Chronicles includes The Black Cauldron, the 1965 children's fantasy novel that was a runner-up for the 1966 Newbery Medal and, in 1985, was made into a film by Disney Studios. In 1969, Alexander finally did win the prestigious Newbery Medal for The High King (1968), the fifth and final novel in The Prydain Chronicles. The completed series then propelled Alexander into a writing career that lasted more than 50 years and includes more than 40 books, most of which are geared toward children.

Alexander's writing career received other accolades for work outside the Prydain Chronicles as well. In 1970, he won the National Book Award for The Marvelous Misadventures of Sebastian, which recounted the adventures of a young man, a princess, and their attempts to escape a tyrannical ruler. Eleven years later in 1981, Alexander again won the National Book Award for Westmark (1981), the first novel in a series about a young painter.

Even into his eighties, Alexander retained his passion for writing. On February 3, 2005, The Xanadu Adventure joined the catalogue of Alexander's books for children. On May 17, 2007, Lloyd Alexander lost his battle with cancer and died in Drexel Hill, Pennsylvania.