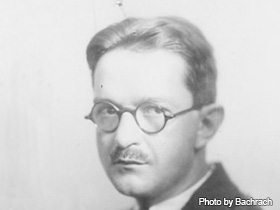 John Bakeless was born in Carlisle, Pennsylvania. During his academic career and the years following he wrote several books about war, espionage, expedition, traitors, heroes, and biographies on America's first explorers. Some of his most well-known works include Lewis and Clark, Partners in Discovery (1947), and Daniel Boone, Master of the Wilderness (1939). Many of his works are used in classrooms across the country. Bakeless also spent many years teaching at various colleges and universities, as well as serving in the United States Army. He died in 1978.

John Edwin Bakeless was born on December 30, 1894, at Carlisle Barracks in Carlisle, Pennsylvania, to Oscar Hugh Bakeless and Sara Harvey Bakeless. Oscar Hugh Bakeless was head of Academic Instruction at the Carlisle Indian Industrial School and later became a Professor of Pedagogy at Bloomsburg State Normal School. On June 16, 1920, John Edwin Bakeless married Katherine Little, a writer and musician, and he later wrote several novels with her.

Bakeless received his BA in Philosophy from Williams College in 1918. He continued his studies at Harvard University and received his MA in Philosophy in 1920 and his PhD in English Philology in 1936. In 1911, Bakeless began his journalistic career at his hometown newspaper, The Bloomsburg Morning Press, as a part time reporter. He continued to write for The Bloomsburg Morning Press during his college vacations. In 1921, Bakeless accepted the position of Literary Editor of The Living Age and later advanced to the position of Managing Editor and Editor. He also spent time working as the Managing Editor of The Forum, Literary Editor of The Literary Digest, and Literary Advisor to The Independent.

Bakeless' academic career was exceptionally brilliant and successful. While at Williams College, Bakeless received the David A. Wells Graduate Prize for his essay "The Economic Causes of Modern War," which later evolved into his first book, published in 1921. While at Harvard, Bakeless completed his dissertation, "Christopher Marlowe, A Biographical and Critical Study," which ultimately resulted in two books, Christopher Marlowe, The Man in His Time (1937) and The Tragical History of Christopher Marlowe (1942). His studies on Marlowe were aided by a Guggenheim Fellowship that he also received in 1946 for his book on Lewis and Clark.

In 1927, Bakeless began his teaching career at New York University, where he taught journalism and literary criticism. Bakeless also taught at Sarah Lawrence College for five years and at Finch College for four years. He spent time lecturing at many colleges and universities such as Dickinson College, Harvard, Yale, and the Universities of Colorado and Michigan. In order to devote more time to writing his books, he retired from teaching in 1953.

As a student at Williams College, Bakeless joined the R.O.T.C. in 1917. From 1918 until his retirement in 1953, Bakeless served in the United States Army. During his military service Bakeless was very successful. He served as Colonel on the General Staff, Assistant Chief of the Balkan and Near East Section of the Military Intelligence Division in the War Department from 1940 until 1946, Assistant Military Attaché at Turkey in 1944, and Chief Intelligence Officer on the American Delegation of the Allied Control Commission in Bulgaria in 1945. During his military career he was awarded a Bronze Star. Bakeless then served as a consultant to the Central Intelligence Agency during the post-war period.

During the post-war period, Bakeless also spent much of his time researching and writing books about war, expedition, traitors, heroes, espionage, and biographies on America's first explorers. The time Bakeless spent training and working as a consultant to the Central Intelligence Agency prepared him for his research on the role of military intelligence in American history. His extensive research resulted in the accumulation of many unique and previously unknown materials. He used these resources to write books on military intelligence, such as Turncoats, Traitors, and Heroes and Spies of the Confederacy (1960).

The clarity, occasional conversational tone, and accuracy of Bakeless' works make them suitable for educational materials for young children. Many of his books, like Lewis and Clark, Partners in Discovery (1947) and Signers of the Declaration (1969), which he wrote with his wife Katherine, have been used in classrooms across the country. He also encouraged his wife to write books about music and the lives of composers for young people.

In 1940, Bakeless purchased a historic farmhouse near New Haven, Connecticut, and lived there until his death on August 8, 1978.