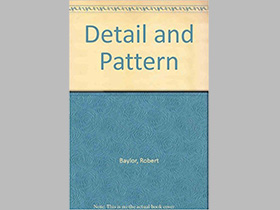 While teaching English at Mount San Antonio College, Baylor wrote textbooks such as Detail and Pattern: Essays for Composition (1969).

English Educator Robert Baylor was born in Danville in 1925. Following military service in World War II, he earned degrees at Bloomsburg University and at Columbia University. He then taught for decades at California's Mount San Antonio College. He is the author of the novel, To Sting the Child (1964). Baylor is now retired.

Robert Baylor was born in Danville, Pennsylvania, on December 7, 1925. He was the son of a steel mill rigger, Arthur Baylor and his wife Bert. Following high school, Baylor served in the United States Navy from 1943 to 1946. Upon returning from his military service, he met and married his wife Mary Schultz in 1947. Baylor matriculated at Bloomsburg State College (now Bloomsburg University), earning his BS in Education in 1950. He then earned his AM at Columbia University in 1951.

In 1955, he took up a teaching position at Mount San Antonio College in Walnut, California. In 1964, Baylor published his only novel, To Sting the Child. It is the story of a young Naval veteran returning to his Pennsylvania home from World War II who proceeds to explore his life through a series of flashbacks. Among the scenes concentrated upon in the recollections of the main character, Paul Adamic, are his relations with his parents, his first sexual encounter, and the move from small town to the wide world of the Navy. Martin Levin writes in the New York Times that the book is the "confessional novel everyone used to write but seldom does anymore." He particularly praises the sections dealing with the main character's parents for their "vigorous clarity." Though finding flaws in the ending of the novel, Levin writes that "his commitment to a heroic hero is a refreshing change of pace."

The rest of Baylor's publications are textbooks for use in English Departments. These include a poetry anthology arranged on theme, rather than on chronology; a rhetorical reader with good models for writing; and a book on essays for composition.

At the time of this writing, Robert Baylor is retired from Mount San Antonio College and living in California.