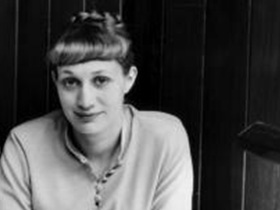 The Berenstains are the award-winning authors of over 200 Berenstain Bears books.

Janice Grant was born in 1923 in Philadelphia, Pennsylvania. After she graduated high school, she enrolled in the Philadelphia College of Art and Design. She metStan Berenstain on the first day of classes. Stan spent several years in the Army after college; his first job was as a writer and illustrator for an Army newspaper, which is where he got his start drawing cartoons. Soon the couple began their own collaborative effort, a comic called "All in the Family," which ran in McCall's and Good Housekeeping from 1956 to 1990.

The Berenstains used their success with "All in the Family," along with several other adult humor books they had writtento break into the market of writing children's books. The Berenstains have two children, Michael and Leo, who especially enjoyed the works of Theodore Geisel, commonly known as Dr. Seuss. The Berenstains knew Geisel personally, and in 1962, he asked them to write a book for his Cat in the Hat Beginner Series. The first Berenstain Bear book, The Big Honey Hunt (1962), came out of this effort.

Jan Berenstain said about her influences: "I was intrigued with how rhyme helped me learn new words as a child. Also, I went to the same art school that my Dad went to so that I could draw as well as he—and that's where I met Stan."

The Birds, The Bees, and the Berenstain Bears (1999)explains the birth of the newest sister in the Berenstain Bear family. The book is surprisingly frank and honest about the process: "When Sister Bear learns that the reason Mama Bear's lap is getting smaller is because a new cub is growing in her womb, she is curious about how it will get out. Mama takes her with her to Dr. Grizzly, who explains that she (the doctor) will be there to help when the baby comes down the birth canal."

Jan Berenstain lived in Bucks County, which is north of Philadelphia. She continued to write after her husband's death in 2005, but the main focus shifted from younger readers to slightly older readers—ages 8 to 11. The Big Chapter and Bear Scout books have few illustrations and average over one hundred pages long. They are meant for children who have outgrown the normal Berenstain Bears picture books. She did not forsake the Berenstain's younger readers though—she targeted younger readers with the Step into Reading series and the Baby Bear series.

Over the years, Jan and Stan Berenstain received many awards for their outstanding work in the area of children's literature. Some of these awards include the Ludington Award from the Educational Paperback Association, the Drexel Citation from Drexel University, and several Philadelphia Children's Literary Roundtable honors. Although they have received many awards, they said on multiple occasions that the awards they received directly from children were their favorites.

Jan passed away on February 24, 2012, after suffering from a severe stroke the day before. Her passion for family values has created a reading sensation that has produced more than 300 titles with about 260 million copies sold and read by multiple generations. She is survived by her sons and four grandchildren.