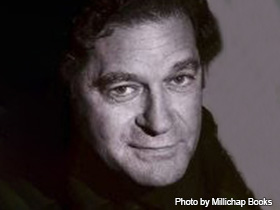 Born in 1934 in Philadelphia, Pennsylvania, Stephen Berg cofounded The American Poetry Review (APR) in 1972, authored or edited many books of poetry and translation, and was the recipient of countless honors and awards, including a Guggenheim Fellowship, PEN American Grant, and Philadelphia Mayor's Arts and Culture Award. His collection 58 Poems (2013) received high praise, and his poem, What I Wanted to Say, from his book New & Selected Poems (1992), was selected for publication by the Public Poetry Project of the Pennsylvania Center for the Book in 2014. Berg was a professor at the University of the Arts in Philadelphia and served as co-editor of APR through his final days. Berg died in June of 2014 at the age of 79. His last poetry collection, Here, was published in April 2014.

Born August 2, 1934, in Philadelphia, Pennsylvania, Stephen Berg was the son of Harry Sidney and Hilda (Wachansky) Berg. He was a graduate of the University of Pennsylvania, Boston University, the University of Indiana, and the University of Iowa, where he earned his BA in 1959. On August 2 of that same year, he married Millie Lane, and they spent two years living in Mexico City, where Berg was awarded the Rockefeller-Centro Mexicano de Escritores grant (1959-1961). He and his wife had two daughters together, Clair and Margot.

With Stephen Parker and Rhoda Swartz, Berg founded The American Poetry Review (APR) in 1972. According to the magazine's website, "... [APR] became the most widely circulated poetry magazine in the US within the first five years of publication. In the 1970s, APR established a reputation for publishing a broad range of material: interviews, literary essays and essays on social issues, translations, fiction, reviews, and poetry by the most distinguished authors, by writers working in new forms of contemporary literature, by younger poets now at the center of American poetry, and by writers from other cultures."

His own poetry collections include, but are not limited to Shaving (1998), Halo (2000), The Elegy on Hats (2005), and Steam Rising from a Full Bowl of Rice: Zen Master Dogen: Versions (2013), in which Berg reimagines poems by the medieval Japanese Zen master, Dogen. Oedipus the King (1988) and Ikkyu: Crow with No Mouth: 15th Century Zen Master (1989) are his applauded books of translations.

Berg was awarded a National Translation Center Grant (1969), as well as a Pennsylvania Council Grant (1979), Dietrich Grant, and PEN American Grant in Translation. He received fellowships from the Guggenheim Memorial (1974-1975), Rockefeller, Pew, National Endowment of the Arts (NEA) (1976), and Ford foundations. His additional honors include the Frank O'Hara Prize (1970), Columbia University Translation Prize (1976), and the Philadelphia Mayor's Arts and Culture Award (1991) — which selects "individuals who have maintained the highest standards in their respective fields of the performing, literary and visual arts and who have brought honor to Philadelphia through their accomplishments," said John E. Allen Jr., artistic director of the New Freedom Theater and head of the award's nominating committee, to Leonard W. Boasberg in an interview for Philly.com.

"[M]ore awake than most of us dare to be," is how CrossConnect writer, Raina von Waldenburg, described Berg when meeting him for an interview in 1995. "Clearly a poet. [...] Friendly, responsive, down to earth and slightly electric." Berg confessed to her that that he considered the poetry profession "trivial," yet also a natural thing. "It's more useful to be a doctor. Being a doctor is a brilliant profession. Others need you, they keep taking you outside of yourself. ...A poem is not going to perform surgery." He went on to say that, without having a way of knowing whether poetry is helpful to others, he considers The American Poetry Review a form of social work.

In 1991, The Association for Public Art (aPA) (formerly the Fairmont Park Art Association) commissioned Berg to collaborate with painter, Tom Chimes (1921-2009), on a public art project. The project, "Sleeping Woman," was a 1200 foot long line of poetry sealed by glaze atop the stone retaining wall along Philadelphia's Schuylkill River. "...It was a place where I felt different from the way I felt anywhere else," Berg said in a 2011 video for the aPA. "Tom felt the same way. 'How can you know what it means to be here,' was the way the line begins. ...I've seen people sit on the line. Fishing. They don't even know it's there. If you just observe nature, even in a casual way, you can see how impermanent things are, right? They die, they grow, because it's everybody's fate. ... When we commissioned the company in the Midwest to create a glaze for the letters and all that, we said, we don't want it to last more than 15 years. ..."

Berg taught at Princeton and Haverford, and was an active professor of English at the University of the Arts in Philadelphia and co-editor of The American Poetry Review through his final days.

In his collection 58 Poems (2013), "It is the (terrifying) domestic life he sings about," said acclaimed Pittsburgh poet, Gerald Stern. "These are beautiful poems, great passion, vision. Above all, humanity." Berg's poem, "What I Wanted to Say," from his book New & Selected Poems (1992), was selected for publication by the Public Poetry Project of the Pennsylvania Center for the Book in 2014.

His last book, a poetry collection entitled, Here, was published in April of 2014.

Stephen Berg passed away on June 12, 2014, at the age of 79. At the time of this writing, he is survived by his wife, Millie, three daughters, Margot Berg, Clair Berg-Meyerowitz, and Emily Sutton, and four grandchildren.