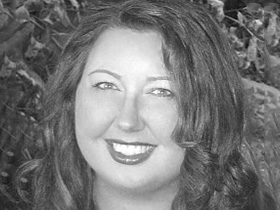 Born in Pennsylvania, Paula Bohince attended the University of Pittsburgh and New York University before publishing her first collection of poetry. Incident at the Edge of Bayonet Woods (2008) was inspired by Bohince's professional experiences and upbringings in a rural neighborhood. She has won several awards and fellowships for her work, including being named the Amy Lowell Poetry Traveling Scholar of 2010-2011. Her second collection, The Children, was published in 2012. At the time of this writing, she lives in Plum, Pennsylvania.

Growing up in rural Pennsylvania, the surrounding nature and her schooling helped to nurture Paula Bohince's enthusiasm for poetry. "After my father died," Bohince said in an interview with the National Book Critics Circle Board of Directors, "I began writing the poems to make a place where we could live together: an afterlife for us." She graduated from the University of Pittsburgh and later received her MFA from the New York University's Graduate Writing Program. She has taught at New York University and other schools.

Her first collection of poetry, Incident at the Edge of Bayonet Woods, was published in 2008 after brainstorming by "accumulating ideas and letting them simmer," as she told Author Brian Brodeur in an interview. She credits many professors for being key influences in the development of her work, including Philip Levine, Sharon Olds, Marie Ponsot, Mark Doty, Lynn Emanuel, and Agha Shahid Ali. This poetry collection is known for its use of acrostics and realistic nature themes. She received Sarabande Books' inaugural Aleda Shirley Prize in honor of her first collected work, as well as the 2007 "Discovery"/The Nation Award, the Grolier Poetry Prize, and the 2010-2011 Amy Lowell Poetry Traveling Scholarship.

Journals such as The New Yorker, Ploughshares, Slate, and others, have featured poems by Bohince. She has been awarded fellowships from the National Endowment for the Arts (2009), the Amy Clampitt Trust (2008), and the Bread Loaf Writers' Conference (2010). In 2007, Bohince served as the inaugural Summer Poet in Residence at the University of Mississippi, and she has been a MacDowell Colony resident twice. Her poem, "The White Bicycle," was selected for inclusion in the 2011 Global Poetry Anthology — an annual, English-language anthology compiled by the grassroots nonprofit organization, The Montreal International Poetry Prize, to represent new, unpublished work from poets around the world. She has also served as a Darmouth Poet in Residence at The Frost Place (2012), presenting a series of readings throughout the New Hamshire region.

Paula Bohince's second poetry collection, The Children, was published in 2012. In that same year, her poem "Hare in the Snow" was selected from the collection by the Public Poetry Project of the Pennsylvania Center for the Book.

Henry Hughes of Harvard Review Online describes the pieces collected in Bohince's Swallows and Waves (2016) as elegantly balanced poems based on Japanese scroll paintings and woodblock prints from the Edo period (1603-1868). Hughes goes on to say that these poems crystalize ordinary moments in peoples' lives and in nature and redraw interiors and intimacies of these familiar experiences.

At the time of this writing, Paula Bohince resides in Plum, Pennsylvania, and her new work continues to appear in various literary publications - including The New Yorker, Granta, The Irish Times, and elsewhere - and to receive recognition.