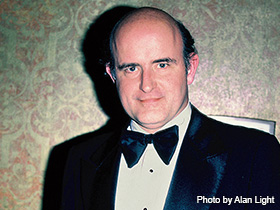 Comic actor Peter Boyle played Frankenstein in Mel Brooks' movie and the father in the long-running sitcom Everybody Loves Raymond.

Peter Lawrence Boyle was born on October 13, 1935, in Norristown, Pennsylvania. A Catholic upbringing led Boyle to join a Christian monastery for a time, after which he pursued a career in acting. After his breakout role in Joe (1970), he continued to have success throughout the 1970s with hits like Young Frankenstein (1974), Taxi Driver (1976), and Tail Gunner Joe (1977). In 1996, he won a guest actor Emmy award for his work on the series X-files. Boyle may be best remembered for his continued work on Everybody Loves Raymond as the crotchety grandfather, Frank Barone, from 1995 through 2005, a role which earned him seven Emmy award nominations. He passed away on December 12, 2006, in New York City.

Peter Lawrence Boyle was born in Norristown, Pennsylvania, on October 13, 1935. Throughout his childhood two major forces molded his future character: the Catholic faith and entertainment. His father, Peter Boyle Sr., was a locally sought-after TV personality named "Uncle Pete." After graduating from a private Catholic high school, Peter Boyle attended La Salle University. During his education at La Salle, he joined the Christian Brothers religious order. The conclusion of Boyle's college education came in 1957, after which he began his life as a monk in the Christian Brothers monastery. After a few years of living in the monastery, Boyle left the Christian Brothers order to follow his father's footsteps and pursue a career in acting. Many years after this choice, he explained his decision saying, "I felt the call for awhile; then I felt the normal pull of the world and the flesh."

The pursuit of an acting career led Boyle to New York, where he would study under long-time stage actress, Uta Hagen. Eventually Boyle got his first notable role in the nationally touring production of Neil Simon's The Odd Couple in 1965. In the late 1960s, he proceeded to join Chicago's famous Second City troupe. The breakout film role of Boyle's career came in 1970 with the movie Joe. His portrayal of the racist, hateful title character brought Boyle tremendous acclaim. After seeing the violent acts of his character immortalized by fans, he refused violent roles throughout the rest of his career. He used his newfound fame to join the likes of Jane Fonda and Donald Sutherland on anti-war platforms. During this time period, a lifetime friendship with Beatle John Lennon was also formed.

Boyle changed his typecast image in 1974 by starring in Mel Brooks' cult classic Young Frankenstein. His role as the monster may forever be remembered by his tap dancing musical rendition of "Puttin' on the Ritz" alongside Gene Wilder. Despite the occasionally bawdy brand of humor in the movie, "Peter Boyle brings an unexpected touch of dignity to the monster," according to critic Scott Mignola. While on the set of Young Frankenstein, he met a young Rolling Stone reporter named Loraine Alterman. She would later be married to Boyle in 1977. Boyle was also involved in the 1976 classic Taxi Driver starring Robert De Niro. He played "the Wizard," who was the leader of the taxi driver group.

Starting in 1977 with Tail Gunner Joe, Boyle began his television acting career. For his portrayal of Senator Joe McCarthy, he received an Emmy nomination. While the 1980s were the low part of Boyle's career, the '90s were perhaps the brightest part of his professional life. In 1996, he won the only Emmy of his long career. It was for a guest role on the show X-files for his portrayal of Clyde Bruckman on the episode "Clyde Bruckman's Final Response." During this year, he also won the role of Frank Barone on the TV show Everybody Loves Raymond. He perfected the crotchety sarcastic demeanor of this character, earning himself seven Emmy nominations for this character. Gary Brumburgh describes Boyle never winning an Emmy for this character as a "major Emmy blunder," clearly showing Peter Boyle's expertise at the character of Frank Barone. Boyle was a regular on Everybody Loves Raymond until the show's cancellation in 2005. The darker side of Boyle's acting repertoire reappeared in the 2001 hit Monster's Ball, where Boyle plays a bigoted father of a man dating an African-American woman.

On December 12, 2006, Peter Lawrence Boyle died in New York Presbyterian Hospital. At the time, he was suffering from multiple myeloma and heart disease.