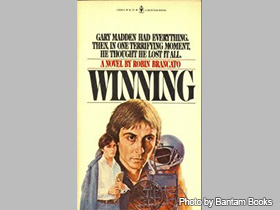 A native of Reading, Brancato is the author of three American Library Association Best Books for Young Adults.

A writer of books for young adults, Robin Brancato was born in Reading, Pennsylvania, in 1936. After a brief career as a copy editor, Brancato pursued a career in teaching and creative writing. She has written a number of books for young people, three of which won the American Library Association's Best Book Award. She lives in Teaneck, New Jersey.

Robin F. Brancato was born in Reading, Pennsylvania, on March 19, 1936, to W. Robert and Margretta (Neuroth) Fidler. She married John J. Brancato in 1960, and they had two children.

Brancato graduated from the University of Pennsylvania with a BA in 1958, and she earned her Masters from the City College of the City University of New York in 1976. Beginning in 1959, she worked for three years as a copy editor at John Wiley & Sons in New York. From 1967 until 1984, she taught English, journalism, and creative writing at Hackensack High School in Hackensack, New Jersey. In 1985, she began working at Kean College of New Jersey as a writer in residence.

Her first book, Don't Sit Under the Apple Tree, was published in 1975. It was quickly followed by Something Left to Lose the following year and Winning in 1977. She has written eight novels for young adults, and her 1978 novel dealing with religious cults, Blinded by the Light, was adapted for television by CBS in 1980. Brancato's own past experiences as a child growing up in Pennsylvania and the events that take place around her inspire her to write. To research Blinded by the Light, she attended a weekend retreat of the Unification Church to better understand what attracts people to similar organizations.

Brancato is a three-time recipient of the American Library Association's Best Book Award, winning it in 1977 for Waiting, again in 1980 for Come Alive at 505, and in 1982 for Sweet Bells Jangled Out of Tune.