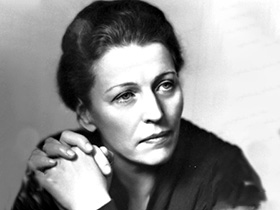 Pearl S. Buck was the first American woman to receive the prestigious Nobel Prize for Literature in 1938.

Pearl S. Buck was born in America in 1892, but she spent much of her childhood and young adult life in China. After earning degrees from Randolph-Macon Woman's College and Cornell University, she published several award-winning novels, including the Pulitzer Prize winner The Good Earth. The first American woman to win the Nobel Prize for Literature, Buck wrote over 70 books in her lifetime. An advocate of foreign adoptions, Buck adopted seven children and had one biological daughter. Her dedication to humanitarian issues resulted in the creation of two organizations, Welcome House and Pearl S. Buck International. She died in 1973 at the age of 80.

Pearl Sydenstricker Buck's life began on June 26, 1892, in Hillsboro, West Virginia. She was the fifth of Absalom and Caroline Sydenstricker's seven children; however, she was only their second to survive infancy. Three months later the Sydenstrickers moved to China, where they had lived shortly before Pearl's birth. The family settled in Chenchiang, where her parents continued their work as Presbyterian missionaries. The family lived among the native citizens, and Sydenstricker's first language was Chinese. Her parents gave her a bi-cultural upbringing, teaching her English and the customs of America while also providing her with a Chinese nurse, who became a major influence for her writing. She had a Chinese tutor until the age of 15, when she was sent to a boarding school in Shanghai.

After boarding school, Sydenstricker continued her education by enrolling at Randolph College (formerly the Randolph-Macon Woman's College) in Lynchburg, Virginia, in 1910. There she studied psychology and earned her BA in 1914. After graduating, she began a research assistantship to a psychology professor, but her job was cut short when she moved back to China to care for her seriously ill mother. Caroline "Carie" Sydenstricker died in 1921, inspiring her daughter to begin writing her biography, The Exile (1936).

In 1915, Sydenstricker met her first husband, John Lossing Buck, whom she married in 1917. The couple settled in Nanking and acquired teaching positions at the university. Their first child, Caroline (Carol) Grace, was born in 1920. Carol suffered from phenylketonuria (PKU), a metabolic disease that could not be diagnosed until birth at the time. This resulted in profound mental retardation and Carol's mental capacity could never exceed that of a four-year-old. Additionally, the doctors discovered a uterine tumor during the birth, necessitating an immediate hysterectomy. Carol's condition inflicted shame and guilt upon Buck for a great part of her life, and she kept her daughter's existence from the public until a 1950 issue of Ladies' Home Journal published her article "The Child Who Never Grew." By this time, Buck had achieved celebrity status, and her acknowledgement was an act of bravery, since the article appeared at a time when being the parent of a child with disabilities was considered a social stigma. Buck published a longer version of the article as a book of the same name, donating her royalties to her daughter's school and home, the Vineland Training School.

The Bucks moved back to America in 1925, remaining there for a little over a year to earn their masters' degrees at Cornell University. They adopted another daughter. During the ride there Buck wrote her first published novel, East Wind: West Wind (1930). With an underlying theme of cultural understanding and acceptance, the novel tells the story of a Chinese woman who marries a doctor, and her brother marries an American woman to the dismay of their parents.

Shortly after returning to Nanking, the family was threatened by an eruption of violence in March 1927 called the "Nanking Incident." The two-day battle involved many casualties of foreigners, and the Bucks were forced to hide in a servant's home. After escaping to Japan, they returned to China in October of the same year.

For the next few years Buck moved back and forth between China and America. Around 1930, after many literary agents turned down Buck because they felt her interest in Chinese subjects would not be appreciated by the American public, David Lloyd agreed to help Buck. His employer, the John Day Company, published East Wind: West Wind in 1930.

After a decade of publishing stories and essays in magazines such as Atlantic Monthly, Buck's career in novel writing took off. Shortly after East Wind was published, Buck finished another novel, "Wang Lung." The John Day company published the book in 1935 under the title The Good Earth at the suggestion of its president, Richard Walsh.

The reader meets Wang Lung, the novel's protagonist, when he is living with his father and about to marry a slave girl from the nearby wealthy House of Hwang. Wang Lung is poor, so he must be content with the plain, hard-working, and faithful O-lan. Peter Conn, author of Pearl S. Buck: A Cultural Biography, says: "[She] is the novel's most memorable character. She accepts her status and fate without complaint, submerging whatever personal desires she might have in her tasks of wife, daughter-in-law, and mother. At the same time, she is portrayed as the story's moral center, a figure of courage, perseverance, and instinctive common sense."

The Good Earth gave Buck's fame an important boost. Positive reviews poured in from newspapers and magazines, and John Day had to borrow copies from its book club to meet bookstores' demands. The New York Times book reviewer wrote, "The Good Earth is an excellent novel. It has style, power, coherence and a pervasive sense of dramatic reality."

Tracy Bitonti writes in the Dictionary of Literary Biography that "critics have offered several reasons for the tremendous popularity of The Good Earth. Buck has been praised frequently for creating recognizable, even familiar characters with universal concerns, despite a setting and race that were previously alien to Western readers." The Good Earth was the bestselling book of 1931 and 1932. It won the Pulitzer Prize and the Howells Medal for an outstanding work of American fiction. Finally, it became a major motion picture in 1937.

The success and critical acclaim of the novel made it the point of comparison for Buck's later works. This comparison "haunted Pearl Buck for the rest of her life," according to Kang Liao, author of Pearl S. Buck: A Cultural Bridge Across the Pacific. While critics still bestowed her praise, her other books never equaled her most famous novel.

Sons (1931), Buck's sequel to The Good Earth, was popular. The final volume of the trilogy, A House Divided (1935), propelled her fame even further. This celebrity provided her the means to become an effective advocate of civil rights and foreign adoption, causes to which she committed much time throughout her life. Similarly-minded leaders of organizations invited her to give speeches and participate in discussions on many issues, such as racial equality and gender discrimination.

In 1933, Pearl and Lossing Buck separated. She fell in love with Richard J. Walsh, president of her publishing company, John Day. Buck and Walsh married in 1935; that same year she and Lossing divorced, as did Walsh and his wife Ruby.

In 1934, Buck moved permanently to America to start her family with Walsh and be closer to Carol, who was institutionalized. They moved to an estate in Bucks County, near Dublin, called Green Hills Farm, and over the years she and Walsh adopted six more children.

The most significant recognition of Buck's literary abilities came in 1938, when she became the first American woman to win the Nobel Prize for Literature. The judges cited her body of work as the basis for her achievement—not just for The Good Earth, as some believed at the time. The Swedish Academy responsible for the honor felt Buck's work embodied the philosophy of the award, encompassing "a heart-felt appreciation for the dignity and worth of the people," "benefit on mankind," and "idealistic tendency." In his presentation speech, Academy secretary Per Hallstr??m said of Buck: "She has associated with the educated classes and with primordially primitive peasants, who had hardly seen a Western face before they saw hers. Often she has been in deadly peril, a stranger who never thought of herself as a stranger; on the whole, her outlook retained its profound and warm humanity. With pure objectivity she has breathed life into her knowledge and given us the peasant epic which has made her world-famous, The Good Earth."

Still, the Academy's decision came with some criticism from others in the literary circle who felt that Buck was too new and unestablished a writer. Liao notes that Robert Frost blatantly voiced his disapproval when he remarked, "If she can get it, anybody can." According to Liao, these pessimists balked at the fact that Buck was recognized before writers such as William Faulker, Ernest Hemingway, and Theodore Dreiser.

Buck was aware of this criticism, and her insecurity showed in an interview with a New York Times reporter and in her acceptance speech. Buck admitted to the reporter, "Theodore Dreiser merits the honor— I feel diffident in accepting the award." In the speech, Buck commented: "I can only hope that the many books which I have yet to write will be in some measure a worthier acknowledgment than I can make tonight." Yet, as noted by Liao, Oscar Cargill came to her defense: "To reflective Americans outside the [literary] fraternity, to the —barbs' at least, the prize seemed well given as a reminder that pure aestheticism is not everything in letters. If the standard of her work was not so uniformly high as that of a few other craftsmen, what she wrote had universal appeal and a comprehensibility not to frequently matched."

In the ensuing years Buck continued her writing and her activism, often using one to fuel the other. She wrote for journals such as Crisis, which was published by the NAACP, and Opportunity, which was published by the Urban League. Buck founded an adoption agency, Welcome House, to promote adoption of international and interracial children. She established the Pearl S. Buck Foundation, sponsoring children in Asian countries. Additionally, together with Walsh, she established the East and West Association to endorse progression in relations between Asia and America.

Before her death from lung cancer on March 6, 1973, Buck wrote over 100 works of literature; including over 70 novels in addition to biographies, an autobiography, essays, and plays. Her work in literature and humanitarianism showed her loyalty to both her homeland and the country she grew up in. Buck herself once noted, "It would be hard for me to declare which side of the world is most my own— I am loyal to Asia as I am loyal to my own land."