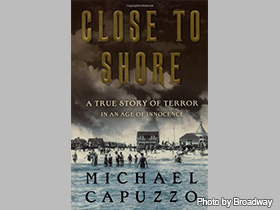 Michael Capuzzo was born in Boston, Massachusetts, in 1957. He went on to have a very successful career in journalism and writing, working for many esteemed agencies. At the time of this writing, he continues to write and is an editor and publisher of Mountain Home Magazine, based in Wellsboro, Tioga County, Pennsylvania.

Michael Capuzzo was born on May 1, 1957, in Boston, Massachusetts. Capuzzo is the son of William John Capuzzo, a book salesman, and Elizabeth (Lambert) Capuzzo. He is married to writer Teresa Banik. He has one child, Julia Grace, from his first marriage.

Capuzzo wrote more than fifty sports and human interest stories for his hometown newspaper, The Westwood Press, while he was in high school. He decided to leave the basketball team in order to lead the school newspaper. The paper became recognized as one of the finest in New England. After high school, Capuzzo attended the Northwestern University Medill School of Journalism and earned his BA in 1979.

Upon graduation Capuzzo's career took off with a job at the Miami Herald in Florida. There he was a staff and features writer from 1979 through 1986. He moved to Pennsylvania for a job with the Philadelphia Inquirer. Capuzzo was a features writer for the Inquirer from 1986 to 1994. While working in Philadelphia, Capuzzo received four Pulitzer Prize nominations for his feature writing with the Inquirer. He was awarded the National Headliner Award and the Sunday Magazine Editors Association first prize for his features in the Inquirer. After working in Philadelphia, Capuzzo became a freelance writer of nonfiction works and a columnist, best known for "Wild Things," a nationally syndicated humor column about animals published in over forty newspapers.

Capuzzo's "Wild Things" column yielded material for two books he compiled with his wife Teresa: one on cats, one on dogs. Each is a collection of letters sent in by readers of the column, interspersed with essays by wellknown writers such as Dave Barry, James Herriot, and Cleveland Amory. Kirkus Reviews wrote of Cat Caught My Heart (1998): "This is very much an either/or book: Either you'll be nodding merrily along as the correspondents detail the strange and curious, the edifying and touching moments of a life shared with a cat; or the whole thing will fly right over your head (likely you and a cat have never cohabited), perhaps setting your teeth on edge when things get mawkish or infantile." Kirkus was less favorable in its review of Our Best Friends (1998), panning most of the entries.

Capuzzo's first nonfiction work, Close to Shore: A True Story of Terror in an Age of Innocence, was published in 2001. It is the story of a great white shark that terrorized the New Jersey shore in the summer of 1916, killing four people throughout the summer. David Rolfe, a writer at Winston-Salem Journal (NC) praised the book, writing that "Close to Shore is a well-researched and compelling read, with the pace of a suspense novel and the meat of a nonfiction profile of one of the sea's most intriguing creatures."

Capuzzo later adapted Close to Shore for young adults in 2003, published as Close to Shore: The Terrifying Shark Attacks of 1916. Elizabeth Bush wrote in the Bulletin of the Center for Children's Books that "Capuzzo delivers all the terror promised in his subtitle, but he also explores seriously the social mores and scientific misunderstanding that heightened both the likelihood of attacks and delay in evacuation.... Readers can expect to spend the summer bolted to their beach blankets or watching Jaws reruns from the safety of an armchair." The American Library Association listed the book on several "Best Lists" for young adult readers.

Capuzzo's other major nonfiction work came in 2010, The Murder Room: The Heirs of Sherlock Holmes Gather to Solve the World's Most Perplexing Cold Cases. The Murder Room is the account of the formation of the legendary Vidocq Society and its mission. The society is named after Eug?íne Fran??ois Vidocq, the father of modern criminology. The Vidocq Society was created by three detectives who would meet over lunch in Philadelphia to solve the world's toughest cold cases.

In a promotional video for the sale of the audiobook by publisher Simon & Schuster of The Murder Room, Capuzzo described some of the difficulty in getting the book underway: "They [the members of the Vidocq Society] were resistant at first because cops have a natural antipathy with journalists or writers. But over time, over a long and difficult time, I developed the relationships that made it possible." While writing the book, Capuzzo said that he "felt like a poor man's Dante, the journalist, the writer, following Vergil to the depth of hell..." Capuzzo told Tom French, his creative writing mentor during an MFA program at Goucher College, that after their discussions, he began to think of The Murder Room's structure as Batman Begins.

While Publishers Weekly panned the organizational structure that alternates between the backgrounds of the lead figures of the book and the cold cases they attempt to solve, Kirkus Reviews rated the book quite favorably, calling it "Terrifying, engrossing, inspirational and surprisingly funny." In 2011, Capuzzo was selected as a finalist for the Crime Writer's Association Gold Dagger award for The Murder Room.

Between the publications of his books, Capuzzo and his wife Teresa moved to the town of Wellsboro, Tioga County, Pennsylvania. The Capuzzos started a free magazine there, called Mountain Home. They began Mountain Home, stating that "Our vision is that readers crave positive local stories with classic storytelling and art." Mountain Home is a monthly magazine for Northern Pennsylvania and Southern New York, an area known as the Twin Tiers, and beyond.

At the time of this writing, Michael Capuzzo continues to serve as an editor and publisher of Mountain Home, which has over 40,000 copies distributed to more than 400 popular locations every month over the Twin Tiers. Lee Kravitz, editor of PARADE, says, "Mountain Home is fabulous. Nobody stands up for good writing like Mountain Home. And it throws its heart and soul into its region." Mountain Home has surpassed all magazines in northern Pennsylvania and southern New York in readership and has won two dozen prestigious state journalism awards competing with Philadelphia and Pittsburgh newspapers and publications.