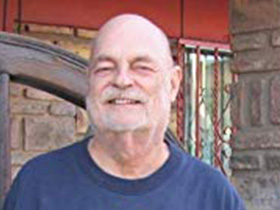 Marshall Cassady was born in Johnstown, Pennsylvania, in 1936. As a talented actor, Cassady went on to pursue his career and received his BA from Otterbein College and his MA and PhD from Kent State University. Cassady later put other talents to use by becoming a teacher, an editor, a poet, and an author. To date, Marshall Cassady has written over 50 books and has worked with over 100 productions.

Marshall Cassady was born in Johnstown, Pennsylvania, on June 12, 1936. Growing up under the supervision of his parents, Clarence and Hazel (Spahn) Cassady, Marshall had many interests and talents. As a talented musician and writer, Cassady soon discovered that his passion was theatre. He decided to pursue his interest and attended Otterbein College, a private liberal arts college in Westerville, Ohio.

Marshall spent four years at Otterbein College and received his BA in 1958. He would go on to receive his MA from Kent State University in 1967 and his PhD in 1972. After teaching at various universities such as Kent State University, Montclair State University, San Diego State University, Long Island University, and the University of California at San Diego, Marshall decided to write about theatre rather than teach it. In 1975, An Introduction to Theatre and Drama was published. Acting as a teaching guide, the work contains questions and draws attention to the modes of theatre and writing. It also provides plays originally written in English and talks of the costumes, acting styles, and the theatres of the period.

Along with writing books, Cassady has contributed many articles to various magazines and journals. From 1983 to 1988, Cassady became the author of monthly columns for Writer's Guidelines and the Writers' Haven Journal. He was also a fiction and drama editor of Crazy Quilt Quarterly during that time. In 1984, Cassady published another book entitled Characters in Action: A Guide to Playwriting. In this particular work, Cassady focuses on appealing to audiences and considering the types and tastes of the audiences before performing. He also emphasizes script planning, dramatic structure, and dialogue within this work. While contemplating other works, Cassady was involved in other areas as well. He became president of the San Diego Writers and Editors Guild from 1987 to 1988 and was also the cofounder of the Poets of Old San Diego. Two years later, Cassady completed his book Acting Step-By-Step (1989), in which he discusses many aspects of theatre, including rehearsal and performance. In this section, Cassady states that "there are six stages of rehearsal, which can last from four weeks in professional theatre to six weeks in educational and community theatre." The six stages include reading rehearsals, blocking rehearsals (begin moving), character and line rehearsals, finishing rehearsals (lines are refined and polished), technical rehearsals, and dress rehearsals.

Even though his main passion was theatre, Cassady wrote works concerning other topics and has become highly recognized for it. His 1991 Science Fiction book Alternate Casts became a finalist for the Lambda Literary Awards that year. Two years later, his poetic work The Music of Tree Limbs won him the 1993 Cicada Chapbook Award. Cassady's works about the theatre have won him recognition as well. Great Scenes from Women Playwrights: Classic and Contemporary Selections for One to Six Actors was included in the New York Public Library's 1995 list of "Books for the Teen Years." Also in 1995, Cassady completed recording a three-set audio tape on storytelling called Creative Storytelling.

His 2002 book entitled Brass Pony: Two Novellas is a coming-of-age tale about gay men in childhood and old age and the factors that make them live and feel alive. To date, he has written over 50 books, has contributed about 400 articles, poems, stories, and reviews to magazines, and has worked with over 100 off-Broadway productions. His audio and stage plays have been widely performed, and Marsh's poetry, haiku, and other writings have earned various awards, including a San Diego Book Award for his true crime book, The New Hall Incident (1999).

At the time of this writing, Marsh Cassady lives in Playas de Rosarito, BC, Mexico. According to his website, he has five children--Kathi, Kim, David, Beth, and Heather--spread across the US and holds dear the memories of his partner James D. Kitchen, PhD, and wife, Pat Mizer Cassady.