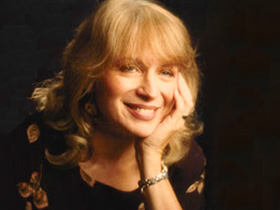 Romance novelist Maggie MacKeever is a California University of Pennsylvania alumna who was born in Wayesburg, Pennsylvania.

Born in Pennsylvania in 1944 to George and Elizabeth Burton, Maggie MacKeever (also known as Gail Clark, Gail Burch, and Grace South) had a very unique childhood. Growing up on a farm gave her imagination a unique point-of-view, and she began writing at an early age. She attended two universities and tried various majors before settling on studying English. In 1983, she earned her degree from The California State University in Los Angeles, and has since written historical romances, vampire sagas, regency romances, and more.

Maggie MacKeever also goes by the pen names Gail Burch and Grace South, and her given name is Gail Clark. She was born on September 19, 1944, in Waynesburg, Pennsylvania to George and Elizabeth Burton. Her parents were only married for a brief period of time, and MacKeever spent her childhood on her grandparents' dairy farm. Growing up on this southwestern Pennsylvania farm allowed her to become a very imaginative child. Since there were no children around her for her to play with, she used her time on the farm to explore in her youth. MacKeever noted that she had created a whole imaginative world in her head in which she was a beautiful princess or played other imaginative role. In the first grade she wrote her first story, which was about a witch who lived in a tree; during her teenage years she started to write poetry. In high school, she wrote articles for her high school paper as well.

In December of 1971, she married a man named Ronald Clark, who was a sound effects editor, but later divorced him in 1985.

MacKeever's readers know her as an author who has many pseudonyms. Maggie MacKeever is her most popular pseudonym, under which she writes the majority of her novels. Maggie MacKeever is a combination of her middle name and her grandfather's middle name. During the mid-1970s into the 1980s MacKeever was writing for various publishers, in which these publishers actually preferred her to use different names. The majority of her novels were published by Fawcett, and writing for this company she used the name Maggie MacKeever. Clark noted that she was saving her real name Gail Clark for her first hardback book.

In 1975, MacKeever's first novel Lord Fairchild's Daughter was published, and this novel was a spoof on Gothic's set was in Regency England. This Regency story is about the beautiful daughter of Lord Fairchild and the danger she endured when she finds out someone is planning to kill her due to her father's losses at gambling. In this story Loveday (Lord Fairchild's daughter) finds love, gets married, all while having a private agenda of her own.

MacKeever loves the setting of Regency and the English culture and wrote many genre of romance in Regency form. Her inspiration of Regency came from the author Georgette Heyer who was the originator of the whole Regency setting and a terrific writer as well. In an interview Gail stated "Regency England is rich with marvelous absurdities, and fodder for countless tales."

Some of MacKeever's early works can be judged by many as uncanny or not typical due to her style of portraying romance in her novel. For instance, when she had heroes in her novels they were creatures, such as animals. MacKeever responded to people's in interviews, explaining how she never saw her ideas as untraditional but saw her hero's in her novels as an occasional change of pace. Her sense of humor in her novels separated her from other authors and showed that she was always thinking outside of the norm on how to represent her characters rather than the typical male/female dynamics.

In 1978, her book Dulcie Bligh (published under her real name, Gail Clark) caught the attention of the famous actress Lucille Ball. This novel was about female heroine who was sexy and amusing and had a passion for mystery. Lucille enjoyed the stories of Dulcie because she felt the character was much like her.

MacKeever enjoys writing and said when she is involved in a story, the characters come to life for her, and are real. MacKeever typically gets reviews for her novels from time to time. She noted that, despite bad reviews on some occasions, the positive ones keep her doing what she loves to do.

In 2003, MacKeever wrote the novel Cupid's Dart, which received great reviews. Janet Miller, who reviews novels for Paranormal Romance Reviews, stated that the book is "A fun historical read with very colorful characters." Miller also stated that Cupid's Dart is a "very funny book about many, many characters, all of who have their own say at one time or another, including the dog." Another review for this novel was written by Mellanie Crowther for The Romance Readers' Connection; she stated, "Nearly thirty years later, I've discovered that Maggie MacKeever has not lost her comic touch."

For some time MacKeever was working in the film industry alongside her ex-husband. Her husband worked sound, while she supervised and assisted in dialogs for movies and commercials. After 9/11, the film industry slowed down, and MacKeever soon left the Hollywood scene to continue her writing. The glitz and glamour of Tinsel Town was not for her, but she says that she did not regret her time in that industry.

Maggie MacKeever has said of her writing life, "I write primarily to please myself. My characters are real to me and act independently of me and engage in countless unanticipated pranks; and I would consider it a special treat, though not especially surprising, were I to encounter one of them in the flesh one day."

At the time of this writing, Maggie MacKeever/Gail Clark has taken the name of her current husband (Burch) and also goes by Gail Burch or Grace South; in a 2006 personal interview, she said of living in Los Angeles, California: "My husband, the cats, and I live in a great old house surrounded by roses, books, and music. He plays several instruments and I've recently taken up the harp. Life is very very good."