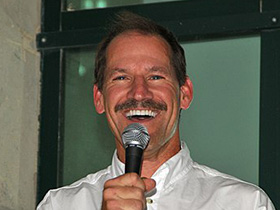 William (Bill) Laird Cowher was born on June 8, 1957. He is best known for his tenure as the Pittsburgh Steelers Head Coach. He was born in Crafton, Pennsylvania, a suburb of Pittsburgh and moved on to become a football player for North Carolina State University, the Eagles, and the Browns. After playing, he switched into coaching professional teams like the Chiefs and Browns. However, his heart never left home, as he brought his family back to Pittsburgh to live in the suburb of Fox Chapel when he took the challenge of coaching the Pittsburgh Steelers. After his long coaching career and a Super Bowl XL title, Cowher decided to step down as coach to become a National Football League (NFL) studio analyst.

William (Bill) Laird Cowher was born on May 8, 1957, in Crafton, Pennsylvania. During high school he was a triathlete, participating in football, basketball, and track for Carlynton High School. After high school, he went on to North Carolina State University to study education and play football as a linebacker, earning the titles of team captain and most valuable player (MVP).

After college ball, Cowher moved on to play for the Cleveland Browns for five years as linebacker, then the Philadelphia Eagles. He began his coaching career as a Special Teams Coordinator and Secondary Coach for the Cleveland Browns. Cowher then went on to coach for the Kansas City Chiefs as the Defensive Coordinator until he landed the job as Head Coach for the Pittsburgh Steelers, which he kept for fourteen years. In the midst of his football career, Cowher married and moved his family to Fox Chapel, a suburb outside of Pittsburgh where he raised his three daughters who now live in Raleigh, North Carolina.

For the bulk of Cowher's career as Head Coach of the Steelers, Cowher went through many challenges and critics. From being held responsible for the Steelers' losses, being called an "idiot," as well as getting booed on his home turf, Cowher prevailed as one of the a National Football League's (NFL's) most accomplished coaches by the time of his resignation.

Cowher was the second-youngest coach in the NFL at the time he was signed, and the team he took over had a losing record of 7-9. After replacing Chuck Noll, the team's record improved to a winning season of 11-5, shedding light on the team's future and their newfound leader. When he took the position as Head Coach, Cowher was in disbelief, stating to the Pittsburgh Post-Gazette's Ed Bouchette, "if I'm dreaming, don't wake me up. It's a hell of an honor for a young guy to come home and coach the Pittsburgh Steelers. To think it could happen to a kid from Crafton is something out of a story book."

Throughout his career, Cowher ended up tying the Patriots for most division titles won, making eight titles in all. He coached the Steelers for fourteen seasons, the longest any NFL coach has stayed in one city. Cowher also held the NFL's best overall season record. Most importantly in Cowher's eyes, he finally won a Super Bowl title against the Seattle Seahawks in his last year of coaching. After his victory, Clifton Brown quotes Cowher beaming, "It's surreal right now, it's a rewarding feeling to give that trophy to Mr. Rooney [Owner]. That's what he brought me here to do. It really does complete a void that's been there."

Shortly after his success and victory over the Seahawks, rumors spiraled about a resignation or possible signing onto a different team. The rumors ended up being true, as he resigned shortly after the post-season was over to become a CBS sports analyst on the NFL Today Show. He also began taking piano lessons after retiring, and during his last season coaching in 2006, he and his family moved to Raleigh, North Carolina. Cowher felt he needed to spend more time with his family, as coaching had taken so much time away from his family. Cowher told the Associated Press that he "still wants to be a part of [football] but not have it consume [my] life." He wanted to continue to be involved in the football atmosphere, but for the sake of his personal life, he stayed away from the sidelines. He told the Associated Press, "I didn't get out of coaching to get back into it. This is my next challenge and I'm planning to work hard at it."

Unfortunately, in July 2010, Cowher's wife, Kaye, passed away at the age of 54 from melanoma skin cancer. In an interview, Cowher said that he and his three daughters needed to move on and that he would consider going back to coaching, but only if the right circumstances presented themselves. Cowher said, "If the right situation occurred, I'd consider coaching. But everyone asks, 'What's the right situation?' I don't know. I'm not sitting and looking at any one job."

However, Cowher is in no rush to go back to coaching and being on the sidelines. He continues to work at CBS Sports as an analyst and currently lives in Raleigh, North Carolina.

Through it all, Bill Cowher has successfully overcome critics and established himself as a legendary coach, father, and businessman. His legacy continues to live on in his players and in the heart of Pittsburgh.