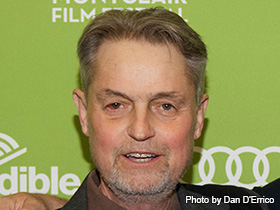 Film director Jonathan Demme has made a number of films in Philadelphia, including the Oscar-winning Philadelphia.

Born in Baldwin, Long Island, New York, Jonathan Demme directed many famous movies which include Married to the Mob (1988), The Silence of the Lambs (1991), Philadelphia (1993), Beloved (1998), The Manchurian Candidate (2004) and featured music films Stop Making Sense (1984) and Neil Young: Heart of Gold (2006). Jonathan Demme has created and produced many movies that took place in the city of Philadelphia, Pennsylvania, such as Philadelphia, Beloved, and the Talking Heads' music film Stop Making Sense. His films have been nominated for many different awards throughout the director's long career in the industry.

Born in Long Island on February 22, 1944, Jonathan Demme had always wanted to grow up and become a veterinarian. Once enrolled at the University of Florida in Gainesville, he found it tough to keep up with his necessary science courses and dropped out. Having nowhere else to go, he then turned to the local newspaper where he began writing critiques and articles. After writing for the newspaper for a while, his father introduced Jonathan to producer Joseph E. Levine who got him a job as a press agent at Avco Embassy. While working for Avco Embassy, he was introduced to Roger Corman who taught and mentored Demme into the film industry; the two became very good friends and often worked together on movies. His first film, Caged Heat (1974), was not as big a hit as Demme hoped. He soon learned that if he added more action, violence, and nudity as means of critiquing, more people would come and watch his films. Demme continued his career doing two more Corman projects, Crazy Mama and Fighting Mad. The movies ended up being a success but it was not until 1977 when he would create his first work of art, Citizen's Band. Later he fell into a slump because of economic problems and created a few movies that barely made reviews, but in 1984 he directed Swing Shift. Reviewers called this the finest of his worst films, and it would be tough for Demme to make a name for himself in the business. He decided to take a step back from standard films and focused in on the well-known band The Talking Heads and released the concert film Stop Making Sense, which won two awards. After his rise back into mainstream films, he created a number of movies in the late 1980s, including Something Wild and Married to the Mob. It wasn't until the 1990s that viewers would see Jonathan Demme step up to a new level in his career. In 1991, Demme directed The Silence of the Lambs, which won him a number of Academy Awards and five Oscars, including Best Director. Only two years later Demme directed another movie which won him two Oscars, Philadelphia. Reviewers called this movie one of Demme's greatest achievements to date. These movies were a breakthrough in his career and baffled audiences with his talent. Philadelphia and The Silence of the Lambs show the remarkable ability that Demme has in picking his cast members, involving actors Denzel Washington and Oprah Winfrey, who portray very interesting and creative roles. Five years later Demme turned Toni Morrison's novel Beloved into a compelling and emotional movie, which won a number of awards for superb acting. Both Philadelphia and Beloved were filmed in Philadelphia. Along with these three major motion pictures, Demme also did a number of side projects which he produced, wrote, or influenced. In 2003, he directed a movie called The Agronomist, which he won Best Documentary. In 2004, Demme released The Manchurian Candidate, a remake of the 1962 film, starring Denzel Washington. Demme, along with almost every other director, liked to cast some of the same actors that had worked out well in previous films. So far in his career, he has directed seven different actors who won Oscars for best acting. Entertainment Weekly named Jonathan Demme the 45th greatest director of all time. At the age of 62, it doesn't seem like Jonathan Demme is close to coming to an end to his career, and only time will tell what lies ahead of the Oscar-winning director. In 2006 he received Avatar Award for Artistic Excellence from the Arts and Business Council of Greater Philadelphia.