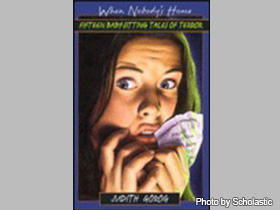 A writer of suspense stories for young adults, Judith Gorog lives in Lancaster.

Judith Gorog, born December 16, 1938, worked as an editor and technical writer before publishing her first children's book in 1982, A Taste for Quiet and Other Disquieting Tales. After living in Germany and Italy for some time, Gorog moved back to United States. At the time of this writing, she lives in Lancaster, Pennsylvania.

Judith Gorog was born in Madison, Wisconsin, on December 16, 1938. She was born to Henry and Harriett Allen. She moved to Wiesbaden, Germany, where she attended an American Air Force high school. After high school, Gorog moved back to the United States for college.

Gorog attended San Jose State College (now University) and graduated with her bachelor's degree from the University of California at Berkeley. She received her master's degree from Mills College in 1963. After graduate school, she moved to New York and New Jersey, where she worked as an editor and writer at Mobile Research Corp from 1964 to 1967. She then worked as a production editor and writer at RCA-Astro Corp from 1969 to 1971. In 1971, she became a freelance technical writer.

In 1965, Gorog married Istvan Gorog, a research scientist born in Budapest, Hungary. She and her husband lived in Italy for a year before moving back to the U.S. and starting a family. After years of writing and editing, Gorog published her first children's book, A Taste for Quiet and Other Disquieting Tales, in 1982. She has been writing children's books ever since. Her tales are described as spooky and often include urban legends or folk tales. In the Voice of Youth Advocates, Barbara Evans referred to Three Dreams and a Nightmare (1988), saying the tales mesh reality and fantasy "into a dreamlike and nightmarish world."

Please Do Not Touch (1993)is a collection of ten spooky stories based on exhibits at a strange art gallery, where readers enter the story by touching the art. It includes stories about a house that records sounds, a teen disc jockey who discovers his thoughts are broadcast on air, and a haunted car. According to the Horn Book Guide in 1993, Please Do Not Touch is "high on mood and style, most of the stories are underdeveloped and leave the readers in limbo." In 1993, the Kirkus Reviews, wrote, "The concept — the reader enters a picture gallery as onlooker, character, or fly on the wall — is intriguing, as are the stories relating to the paintings."

In 1999, Gorog was named the Outstanding Pennsylvania Author by the Pennsylvania School Librarians Association. She belongs to PEN, Authors Guild, Society of Children's Book Writers and Illustrators, and Writers Who Love Libraries. Please Do Not Touch has been translated into Italian, and A Taste for Quiet and Other Disquieting Tales has been translated into Italian and Spanish.

At the time of this writing Gorog lives in Lancaster, Pennsylvania. She has three children, Antonia, Nicole and Christopher. She's been known to have a number of pets including, dogs, cats, gerbils and birds. Gorog and her husband have traveled to Hungary, Peru, Japan and Europe. She speaks German, French, Italian and Hungarian in addition to her native English.