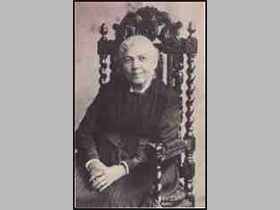 Harriet Jacobs is best known for her harrowing memoir, Incidents in the Life of a Slave Girl, Written By Herself(1861).

Born into slavery in North Carolina in 1813, Harriet Jacobs became famous for her autobiography, Incidents in the Life of a Slave Girl, Written by Herself (1861). She finally attained her freedom when she managed to escape to Philadelphia in 1842. She then worked hard to provide relief to slave refugees. After the Civil War, she provided aid to the newly freed slaves. Jacobs died in Washington, DC, on March 7, 1897.

Harriet Jacobs was born on February 11, 1813, in Edenton, North Carolina. Her mother was a slave in John and Margaret Horniblow's home. At the age of six, her mother died and she was left in the hands of Mrs. Horniblow, who taught her how to read and write. When Margaret Horniblow died in 1823, Jacobs was handed over to her three-year-old niece, Mary Matilda Norcom, the daughter of Dr. James Norcom. Jacobs faced many years of sexual advances from Dr. Norcom. Jacobs had two children, Joseph and Louisa Matilda, by a local white lawyer named Samuel Tredwell Sawyer. After the birth of her children, Jacobs moved in with her grandmother, a freed slave who was working as a baker in a nearby home.

In 1835, Norcom sent Jacobs to a plantation in Auburn because she refused to become his mistress. Jacobs ran away from the plantation when she found out Norcom planned to send her children to the plantation as well. She proceeded to hide in the attic crawlspace of the house where her grandmother worked for almost seven years. Jacobs practiced her writing during the time she was in hiding.

In 1842, Jacobs finally managed to escape to the North. The first city she reached was Philadelphia, where she was helped by the Vigilant Committee. Soon after, she moved to Brooklyn, where she was reunited with her daughter Louisa and employed as a nursemaid by the Willis family.

Jacobs soon began writing about her experiences with slavery. Her first letter was published on June 21, 1853, in the New York Tribune. She continued to write letters as she prepared her autobiography, Incidents in the Life of a Slave Girl, Written by Herself (1861), which was completed in 1858. The book was set to be published by Thayer and Eldridge in Boston, but they went bankrupt before it could be printed. In 1861, Jacobs published her narrative privately. The book was finally picked up by Tweedie, a London publisher, in 1862. She then went back to Philadelphia and sold fifty copies herself and another $100 worth of copies to the Hovey Committee, the abolitionist group who supported her.

Jacobs then went to Washington, DC, to help raise funds for the aid of slave refugees. At the end of the Civil War, she helped improve conditions for freed slaves. She died in Washington, DC, in 1897. Her book remains in print and is now a standard textbook in American literature classes.