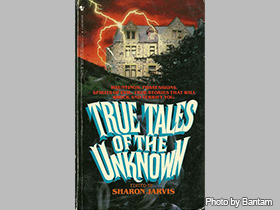 Born in 1943 in New York, Sharon Jarvis began her career as a copy editor and copywriter. She helped pioneer the way for women in the science fiction field by becoming a successful writer, editor, and publisher. At the time of this writing, Jarvis lives in Laceyville, Pennsylvania.

Sharon Jarvis was born October 1, 1943, in Brooklyn, New York. Her parents were Joseph and Ethel Jarvis.

Jarvis received a BFA from Hunter College of the City University of New York in 1964. After graduation, Jarvis spent time working for a newspaper to give her the experience she would need to advance her career. Jarvis received her first job in the publishing field in 1969. She began working for Ace Books in New York City as a copy editor and copywriter. Jarvis was not happy with her position at Ace Books because she was not able to advance in the field. Her superiors only promoted men to higher positions because they felt women could not manage the field of science fiction. Jarvis had similar experiences at two other publishing companies and was determined to find a more fulfilling career. In 1974, she accepted a position at Doubleday & Company and eventually was put in charge of managing the science fiction line.

Jarvis has made her mark in the science fiction field as a writer, editor, and publisher. She has published several books under the pen names H. M. Major, Johanna Hailey, and Jarrod Comstock, and also publishes under her real name. In 1983, Jarvis moved away from New York City and became a literary agent in Laceyville, Pennsylvania. As an agent she has discovered many popular writers, such as Melanie Rawn, W. Michael Gear and Peter David. In 1995, she started publishing books under the imprints Toad Hall Press and Belfry Books.

At the time of this writing, Sharon Jarvis lives in Laceyville, Pennsylvania.