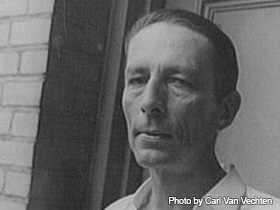 Robinson Jeffers, known as a California poet, was born in Pittsburgh on January 10, 1887. Eventually, after acquiring his education, he and wife Una would move to California. He would become associated with the Modernist poetic movement, garnering the praise of T.S. Eliot. He created classic modern versions of equally classic Greek plays, most prominently Medea (1946). Jeffers died in his beloved Tor House in 1962.

John Robinson Jeffers was born near Pittsburgh, Pennsylvania, on January 10, 1887. His father, William Hamilton Jeffers, was a Presbyterian minister, professor of Old Testament literature, and traveled widely in Europe, where much of Jeffers's early education took place. His mother, Annie Robinson Jeffers, was a church organist and 20 years younger than William Hamilton Jeffers when they married. In 1913, Robinson Jeffers married a divorcee, Una Call Kuster, the former wife of a prominent Los Angeles attorney. Next year, he moved with her to Carmel, on the Monterey coast of California. There he built a stone cottage, which he named Tor House, and an observation tower, named Hawk Tower.

Jeffers' education was acquired through many institutions of higher learning. He first attended the University of Western Pennsylvania (now University of Pittsburgh) from 1902 to 1903. He then went on to enroll at Occidental College from 1903 to 1905. He became a frequent contributor to the school literary magazine, The Aurora, which became The Occidental under his editorship in his senior year. After graduating, in a class of eleven, at age 18, in June 1905, Jeffers enrolled as a graduate student in literature at the University of Southern California. There he met his future wife, Una Call Kuster. During this time, Jeffers quit the literary program to pursue almost three years of medical school at the University of Southern California. He then returned to the literature program for a semester at the University of Zurich. In 1913, Jeffers and Kuster found themselves in a holding pattern—Kuster, at the University of California at Berkeley, seeking a PhDin philosophy, Jeffers back at the University of Washington, taking courses in forestry. They were married August 2, 1913, in Tacoma, Washington, after living together a few months on Lake Washington awaiting the finalization of Kuster's divorce. They lived together in Tor House until September 1, 1950, when Una passed away from cancer.

During his early adult years, Jeffers wrote poetry—initially in the styles of romantic, imitative, melodramatic, and melancholy verse, which filled his first two books, Flagons and Apples (1912) and Californians (1916). Then, after a dramatic but undocumented spiritual conversion, his writings turned turbulent, richly ritualistic, mythical, and philosophically integrated. Jeffers's breakthrough collection was Tamar and Other Poems, which appeared in 1924. It was praised by T.S. Eliot and established his reputation. The subject of the narrative title poem was incest. It drew loosely on the biblical story of King David's daughter and exhibited Jeffers's preoccupation with the themes of lust and man's destructive self-obsession, what Jeffers called "Inhumanism."

Jeffers's literary reputation skyrocketed in the 1920s and crested in the 1930s, but he still continued to win many distinguished awards later in his life. April 4, 1932, Time magazine featured Jeffers's portrait on its cover for Thurso's Landing and Other Poems (1932). In 1937, he was awarded a doctorate of literature by Occidental College and became a member of the National Institute of Arts and Letters, as well as an honorary PhDfrom the University of Southern California in 1939. He received the Eunice Tietjens Memorial Prize in 1951 for poems in Poetry Magazine.In 1961, was honored with the Shelly Memorial Award by the National Poetry Society.