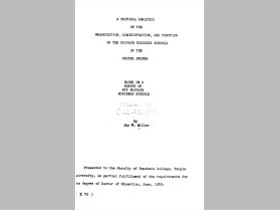 Poet and editor Jane Johnson was born in 1914 in Driftwood.

Jane Maxine Johnson was born in 1914 in Driftwood, Pennsylvania. She attended English Night School and later served in the Royal Canadian Army. She is most well known for writing poetry, but she has also worked as an editor of books and a poetry magazine. Johnson died in 1978.

Jane Maxine Johnson was born on May 26, 1914 in Driftwood, Pennsylvania. Her parents were Jesse Edsel Johnson and Myrtle Lola Logue Johnson. In 1945, she married William Allan McDougall, with whom she had three children. The couple divorced in 1965 and Johnson married Charles A. Daigle in 1973.

Johnson studied business at the English Night School in Emporium, Pennsylvania. She served in the Royal Canadian Army Medical Corps in Europe from 1939 to 1945, achieving the status of lieutenant. From 1965 to 1975, Johnson was the editor and publisher of a quarterly poetry magazine, Other Voices.

Johnson published several books of poems and also had her poems printed in the Humanist, the London Free Press, and in British and American anthologies. Johnson worked as an editor on two books, Canadian Women Poets and Showcase for the London Poets. Johnson began the Poetry in the Park program in London, Canada in 1966 and contributed greatly to the promotion of poetry in Canada. Johnson belonged to the League of Canadian Poets, and the Canadian Authors Association.