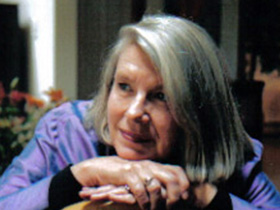 Sally M. Keehn was born in London, England, but grew up on her grandfather's farm in Maryland. After attending Hood College and Drexel University, she wrote a travel book on Pennsylvania Dutch country with her husband, David C. Keehn. From this experience she drew the inspiration to begin a career in writing and has gone on to write numerous historical fiction and contemporary fiction novels for young adults.

Sally M. Keehn grew up on her grandfather's farm in Maryland. As a child she enjoyed reading, horseback riding, and exploring. After receiving a bachelor's degree in English Literature from Hood College, she spent a year in Korea working for the American Red Cross. She then attended Drexel University where she earned a master's degree in Library Science. At the time of this writing, she lives with her husband, David, in Allentown, Pennsylvania. They have two daughters, Alison and Molly, who reside in Boston.

After moving from Maryland to Pennsylvania, she and her husband decided to write a travel book on the Pennsylvania Dutch country. Together they wrote Hexcursions: Daytripping In and Around Pennsylvania's Dutch Country (1982). It was through this work that she found the inspiration to begin writing novels. Keehn's first novel, I Am Regina (1991), was inspired by the true story of Regina Leininger, a Pennsylvania German girl who was kidnapped by Indians in 1755. The Indians murder her father and brother and kidnap Regina. Over time, Regina assimilates almost fully with the Indian culture, but she never stops wondering what happened to her mother. The School Library Journal describes it as "A first-person narrative based on the true story of a young woman held by Indians from 1755-1763, related with all the impact of a hard-hitting documentary...Wonderful reading."

Her second novel, Moon of Two Dark Horses (1995), deals with the conflicts of a friendship between an Indian boy and a white boy. The friendship between Daniel and Coshmoo is strong during the time when the white settlers and Indians live peacefully along the Susquehanna River, but their friendship is tested by the Revolutionary War. This book got a starred review from Booklist which said that "Keehn plunges the reader deeply into her narrator's mind and heart...An intricately layered and culturally and historically enlightening book." Keehn describes a very interesting inspiration for the young Indian boy, Coshmoo, in this book. She had given up on the story because she thought she would not be able to tell it, when suddenly a voice came to her in her head and asked her to tell it. She said that most would think this crazy, but for a writer she believes that this happens when "your subconscious has finally absorbed and processed all the historical information you've fed it and is ready to get down to story-telling." In fact, Keehn has often described the books she write as stories that stalk her.

Keehn had always appreciated reading but never thought she had what it took to be a writer. After writing her first two historical novels she found she had the courage to write a contemporary novel based on her own life; The First Horse I See (1999). Through this story about a young girl, Willo, who raises a horse while living on her grandfather's farm, Keehn was forced to come to terms with much more in her own life; specifically the early death of her mother and the alcoholism of her father. She has said that "coming to grips with the depths of the story proved to be a heart-wrenching time for her." Kirkus Reviews praised the book, describing it as "A typical girl-and-her-horse story ... transformed by Keehn...into a novel about pain, loss, love, forgiveness, and redemption." Publishers's Weekly also said about the book: "This tale has much to offer beyond the standard equine love story themes...Keehn quietly delivers a powerful emotional punch through emphatic characterizations and a deceptively simple story line...Keehn movingly illustrates the redemptive power of love, as well as the importance of letting go when love just isn't enough."

Following this contemporary novel, she returned to historical fiction with Anna Sunday (2002). Anna Sunday is about what a twelve year-old girl in 1863 attempts in order to save her father and her family during the Civil War. When Anna's father, the only parent that she and her little brother have left, is injured as a Union soldier in the Civil War, Anna goes undercover and across enemy lines to save what remains of her family. Keehn developed this story from a song that she has always loved, "The Battle Hymn of the Republic." She also found inspiration in the stories of Castle Thunder, a Confederate prison where a number of women and children were kept.

She describesGnat Stokes and the Foggy Bottom Swamp Queen (2005), as a historical fantasy; the first like this that she has done. It is the story of Gnat Stokes and her adventure to save Goodlow Pryce from the Swamp Queen. It was inspired by a Scottish folktale, but Keehn decided to retell it taking place in Appalachia. Like all of her novels, Keehn writes in the first person, as though Gnat is speaking directly to the reader. Her thorough description of place makes the reader feel as though he or she is walking through the swamp with Gnat and her friends. Her excellent description is shared in the following passage:

Mary's Cove, surrounded as it is by high blue-misted mountain ridges, ain't that big. Only 63 homesteads, an empty church with its nearby Hallelujah Pond (once used for holy baptisms) and a burnt down schoolhouse strung along a nine-mile loop road with Tucker Creek along the south side of the loop.

With this passage the reader can also see how Keehn expertly adopts the dialect of the Appalachia where she sets this novel. It was chosen as one of New York Public Library's 100 Titles for Reading and Sharing.

In 2007, Keehn publishedMagpie Gabbard and the Buried Moon, which takes place in the Appalachian Mountains of Kentucky.

Sheenjoys speaking to children in grades four through twelve about the writing process. At the time of this writing, she lives with her husband David in Allentown, Pennsylvania.