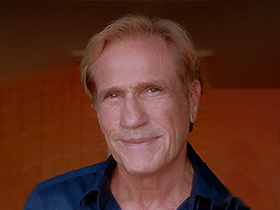 Screenwriter Randal Kleiser, author of such screenplays as The Blue Lagoon, was born in Lebanon in 1946.

Director Randal Kleiser was born in Lebanon, PA, in 1946. After training at the University of Southern California (USC) Cinematic Arts, Kleiser performed in and directed numerous projects. He is best known for having directed the most-successful musical in movie history Grease, The Blue Lagoon, and It's My Party, among many others. His USC student film Peege was placed on the National Film Registry in 2008.

Writer and director Randal Kleiser was born on July 20, 1946, in Lebanon, Pennsylvania, the son of Harriet Kelly and John Raymond Kleiser. He was raised in the Pennsylvania Dutch community along with his two younger brothers. He graduated from Radnor High School in 1964 and planned on filmmaking immediately after graduation. In a press release issued by the Phoenix Learning Group, Kleiser stated "I saw the Ten Commandments and the opening of the 'Red Sea,' and I decided I wanted to become a director." Following this decision, Kleiser went to the University of Southern California (USC) Cinematic Arts in the early 1970s.

Kleiser was active in his time at film school, appearing in short commercials and as a movie extra. He told David Drake of The Advocate that "My Gulf Oil ad ran for five years!" He appeared in roommate George Lucas' student film, Freiheit, in 1966. Lucas inspired Kleiser to make his dream happen. Kleiser made Lucas come out of his shell and start directing with him.

Kleiser earned his bachelor's degree, but ended up taking a short break afterwards. His psychologist father suggested he go back to school to get a master's degree. He planned on making a movie in which Christopher Columbus would morph into an astronaut. But Kleiser couldn't raise the $5,000 necessary, so instead he chose a different path. He decided to film a project called Peege.

Peege was a short film made in 1972. Kleiser credits American film and television director Curtis Harrington for pushing him to do Peege. "He told me, 'Why don't you abandon that project and write something that's from the heart?'" Kleiser told the film's distributor, Phoenix Learning Group.

David Knapp, an actor and producer, volunteered to help Kleiser produce Peege and even offered him $5,000 to help fund the project. Peege was a twenty-eight-minute movie about his real life experiences while visiting his grandmother in a nursing home. Kleiser remembered his grandmother and their times together before the nursing home. After visiting her time and time again, he began to become depressed and upset. Instead of talking to someone about his emotions, he decided to make a movie.

Peege was said to launch his professional career according to Send2Press Newswire. This movie made less than $2 million but, according to Send2Press Newswire, "the story of how 'Peege' came to be made, to touch so many viewers, and to launch Kleiser's career has its own measure of drama." Barbara Bryant, one of the founders of Phoenix Films, saw Peege in 1973 at an Atlanta Film festival and, after seeing the movie, was determined to make everyone see it.

In 1977, Kleiser also made a television movie called The Gathering, which earned the writers an Emmy, and Kleiser a nomination for direction. The Gathering starred Ed Asner and Maureen Stapleton as an estranged couple who sought to bring their widely-dispersed family together one last time for Christmas. John O'Connor wrote in The New York Times that the movie was "so well-directed" that "most viewers will probably relax and curl up with a good supply of Kleenex."

Kleiser's big break came with Grease, one of the most famous musical movies ever known. Grease was the first full-length motion picture that Kleiser directed and was a huge popular success. Grease was produced in 1977; it earned $380 million worldwide. He landed the directorial job just three years out of film school because budding star John Travolta, already cast in the movie, asked for Kleiser who had directed him earlier. Grease is about two teenage lovers, greaser Danny (Travolta) and good girl Sandy (Olivia Newton-John). The movie included large song-and-dance numbers that Kleiser carefully placed into the plot. Kleiser told Steven Harvey in Film Comment: "I saw a lot of musicals being made back then, so I'm familiar with the play back system and the way directors cover a musical number." Vincent Canby of The New York Times said "It's to the director's credit that the musical numbers slip in and out of reality mostly with hugely comic effect." Reflecting on the movie's great success, he told Will Dean of the Palm Springs Desert Sun in 2014: "something happened like a perfect storm and it just clicked. I'd love to repeat it, but I haven't been able to so far. You can never plan it. If you could, everyone would be doing it."

The Blue Lagoon was based on the 1908 novel of the same name by Henry deVere Stacpoole. The movie starred Brooke Shields and Christopher Atkins as Emmeline and Richard, young children left on a tropical island in the South Pacific. There is no one to tell the children what to do. They end up falling in love with each other, having a child, and eventually winding up adrift on the ocean.

The R-rated movie did not receive many good reviews. Throughout the movie Brooke Shields is naked and the only thing covering her breasts seems to be her hair. Some thought of it as child pornography. Kleiser told Kirk Honeycutt of the New York Times: "The people who look at this picture and think it's 'Kiddie Porn' have sexual hang-ups themselves." He also stated that "This film doesn't have a problem, they do." Kleiser continued, saying "The idea of people thinking the movie is nasty or dirty seems so foreign to me." David Denby of New York Magazine opined "The worst thing about The Blue Lagoon is its excruciating sincerity. If only some dirty impulses were churning around in the Adam-and-Eve story, the movie wouldn't be so boring."

In 1996, Kleiser released a very personally-important film called It's My Party. He told David Drake of The Advocate "I've never hidden being gay. And I never pretended to be straight." The film was based on the experience of his late, long-time companion Harry Stein. It deals with a gay man who has AIDS. He learns that the disease will rob him of his higher brain function and decides to commit suicide. He decides to throw a party for his friends before the end. Kleiser told Drake: "Having seen all these people around me die and doing all these movies about children and animals, I just had to switch gears and deal with this in a way that I hadn't seen anybody else do."

Lisa Schwarzbaum in Entertainment Weekly called It's My Party "self-indulgent." But she predicted that the viewers would "need to bring along a wad of hankies." The New York Times' Stephen Holden gave the movie a 4.5 rating out of 5. In the interview with Drake, Kleiser revealed that this "bittersweet comedy drama" was loosely based on his own life experiences. He said "making the film was not difficult, but realizing it is." He continued: "I'm more apprehensive than excited because I just don't know how it will change everything, like how I relate to people and how they relate to me." He added: "because now they're going to know a lot more about me then I know about them."

In 2002, Kleiser and George Lucas produced a film called The Nina Foch Project. Kleiser and George Lucas made videos teaching film making and proper acting techniques based on Nina Foch's teaching. She had been their teacher at USC and had been nominated for Best Supporting Actress in 1954 for Executive Suite. The documentary was based on lectures and different aspects of Foch's teachings. Kleiser and Lucas separated the project by categories dealing with cover scripts, directing, acting, and much more. Realizing that Foch's time at USC was winding down, Kleiser and Lucas feared that "all this stuff was going to be lost." Thanks to their work and funding, the wealth of Foch's experiences with famed acting teachers and directors has been preserved for posterity.

Kleiser's student film Peege would come back to prominence in 2008. Send2Press Newswire said "The latest honor for 'Peege' may be its greatest ever." The 1972 production, distributed by St. Louis' Phoenix Learning Group, was named in December to the National Film Registry of the Library of Congress. Kleiser's Peege is the second student film ever to be chosen by movie experts for the Film Registry of the Library of Congress.

Kleiser also helped invent a process called Vistarama, a digital filming process in HD, while working with the Lab at USC's Institute for Creative Technologies. He described the process to Alexander Leontaritis of the Hollywood Greek Reporter:

Vistarama HD is a digital filming, warping and projection process that is suitable to the creation and display of content with an expansive field of view. The process recreates for the audience the original field of view of the camera, producing an immersive experience.?öSimilar techniques include Cinerama and IMAX. Both Cinerama and IMAX require large and heavy cameras and film. Vistarama HD uses a single standard digital video camera equipped with a wide angle lens, such as a fisheye. The image is warped to project onto a large curved screen. The unwarped image is displayed via three video projectors onto a 10ft tall, 150 degree screen. In the areas where the three projections overlap, the pixels are blended together to produce a seamless image.

Kleiser also has a life outside of the film industry. He told interviewer Danika Quinn that he loves to do things like take care of his pet goats and ride horses. He also enjoys doing active sports like surfing, skiing, and swimming. Kleiser currently has homes in California and Hawaii.

As of 2014, Kleiser is working to adapt It's My Party into a stage play and arranging for financing for four different movies including a teen thriller, according to the Palm Springs Desert Sun. When asked to reflect on changes in Hollywood for openly gay directors, Kleiser pragmatically observed: "I don't know whether there's any difference between gay and straight these days. If you can make money, they love you. They don't care who you sleep with. That's a good thing, if you can do it."