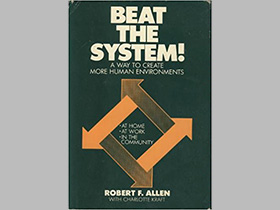 The playwright and training-materials author Charlotte Kraft was born in Palmerton in 1922.

Charlotte Kraft was born in Palmerton, Pennsylvania. She received her BAfrom the University of Michigan and worked as a reporter and editor for newspapers. She had a successful career as a high school English teacherand writer of plays and books. She died in 1985.

Charlotte Kraft was born in Palmerton, Pennsylvania on July 8, 1922. Her parents were Charles B. Conover, an engineer, and Ruth Fitch Conover, a music teacher. In 1944, she married Reynold R. Kraft, with whom she had four children. The couple divorced in 1969.

Kraft attended Colby Junior College and received her AAin 1941. She then went on to earn her BAfrom the University of Michigan in 1943. Just out of college, Kraft worked as the editor of the weekly employee newspaper at Consolidated Vultee Aircraft in Allentown, Pennsylvania, then as a reporter at the Charleston Evening Post in Charleston, South Carolina.

Kraft belonged to the Author's League of America and to the Dramatist's Guild. She wrote many plays and several books.

Kraft died in January of 1985 in Groton, Massachusetts.