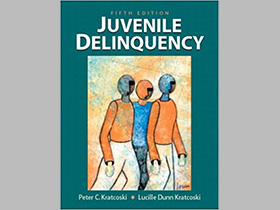 Kratcoski wrote Juvenile Delinquency in 1979 with his wife while a professor emeritus at Kent State University. The book has been republished several times.

An expert in criminal justice and social work, Peter C. Kratcoski was born in Sullivan County in 1936. After attaining his Ph.D., he began a prolific writing career while at Kent State University. He has retired, though he continues to teach periodically. Kratcoski lives in Tallmadge, Ohio.

Peter Kratcoski was born in Mildred, Pennsylvania on November 25, 1936. He is the son of Peter J. and Frances Kratcoski. After high school, Kratcoski served in the United States Marine Corps. Following three years of service with the Marines, he matriculated at King's College in Wilkes-Barre. During his time at King's, he met and married Lucille Dunn on June 11, 1960. The couple has two children: Deborah and Peter. Kratcoski continued his education at the University of Notre Dame, earning a Masters degree in 1962. That degree enabled him to land his first teaching position at the College of Saint Thomas in Minnesota. In 1966 he went back to graduate school to earn his Ph.D. at Penn State, a goal he accomplished in 1969. At that point, he was appointed assistant professor at Kent State University. He has remained with Kent State for the rest of his career.

Peter Kratcoski's academic writing career has been a prolific one. Over the course of his career, he has written four books including: Juvenile Delinquency, Criminal Justice in America, and Correctional Counseling and Treatment, the last of which has gone into multiple editions. The number of articles on criminal justice and social work that Kratcoski has published is well over 100, as is the number of professional conference papers he has delivered. From 1986 to 1996 he also was chair of his department at Kent State and has been the Official Recorder for the International Police Executive Symposium.

Though Kratcoski has officially retired at the rank of Emeritus Professor, he continues to teach at Kent State's Stark Campus and is the North American editor for Police Practice and Research: An International Journal.