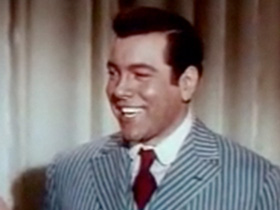 Opera tenor and film star Mario Lanza was born in the heart of South Philadelphia.

Mario Lanza, born in 1921 in Philadelphia, was an American tenor and musical film star. His rise to fame in the late 1940s was shadowed by his drinking problems and extreme weight fluctuations, which may have contributed to his early death in 1959. His motion picture debut That Midnight Kiss was a box office hit, and Lanza went on to star in six additional films including The Great Caruso, The Toast of New Orleans, and Because You're Mine. Despite being famous for his operatic voice, Mario Lanza performed on the professional operatic stage only once, in Puccini's Madama Butterfly.

Mario Lanza, christened Alfredo Arnold Cocozza, was born on January 31, 1921, in the heart of South Philadelphia. A son of Italian immigrants, he derived his stage name from the masculine version of his mother's maiden name, Maria Lanza. His father recognized his son's incredible talent and financed singing lessons with local instructors. At sixteen, Lanza was discovered by conductor Serge Koussevitsky, who awarded him a full scholarship to attend the Berkshire Music Center in Tanglewood, Massachusetts. There Lanza starred as Fenton in The Merry Wives of Windsor, a role that earned him critical acclaim in the New York Times.

Lanza was drafted into World War II, where he often performed for the other soldiers, before being released in 1945. During his time in the service, Lanza appeared in two wartime Army productions: Frank Loesser's On the Beam and the Moss Hart's Winged Victory. Lanza was hailed as "the service Caruso," after opera great Enrico Caruso. While in the Army, Lanza caught the heart of Betty Hicks, the sister of a fellow soldier. The two were married on April 13, 1945, and had four children together.

After being discharged from the Army, Lanza spent most of his time working with vocal coach Enrico Rosati and as a host on a CBS radio program. This serious study prepared him for his next breakthrough—signing a deal with Columbia artist management. After signing his record deal, Lanza performed as a tenor in Bel Canto Trio with soprano Frances Yeend and baritone George London. This singing trio landed an eighty-six city tour in the US, Canada, and Mexico.

While performing with Yeend at the Hollywood Bowl on August 28, 1947, Lanza impressed MGM mogul Louis B. Mayer. On behalf of MGM Studios, Mayer made Lanza an offer he could not refuse, a deal which began the peak period of his career. In addition to signing the deal with MGM, Lanza also made a recording deal with RCA Victor. A reporter describes her initial impression of Lanza during this time: "The thing that impressed me was the incredible power of the man. I remember that so clearly after all these years. The breadth of his shoulders, the strength that came out of him. The obvious lung power, the resonant speaking voice. The star quality." While waiting for his picture motion picture debut, Lanza sang the tenor role in Puccini's Madama Butterfly for the New Orleans Opera Association. Lanza continued to perform solo and with the Bel Canto Trio, while he recorded his first album with RCA in 1949. Lanza's first motion picture, which debuted the same year, was called That Midnight Kiss. The movie, in which Lanza co-starred with Kathryn Grayson, proved to be a smash hit and made Lanza a silver-screen star overnight. In a New York Times review of the piece, Bosley Crowther assesses Lanza as a "beaming young tenor" whose "voice has quality and warmth." Although the reviewer praises Lanza's vocal work, Crowther would "wait to see how [Lanza] can act."

Crowther had ample opportunity to assess Lanza's acting ability since Midnight Kiss was shortly followed by a slew of other roles in movies like Toast of New Orleans (1950), The Great Caruso (1951), a film in which he played his childhood idol, legendary tenor Enrico Caruso, and Because You're Mine (1952). The Great Caruso, the role for which Lanza is arguably best known, was the highest grossing movie worldwide in 1951. Crowther writes of Lanza's performance as Caruso: "Lanza...has a good voice and throws it around powerfully, so that one comes away from the picture with a feeling that he's heard some opera sung." In addition to his growing fame as an actor, Lanza also increased his popularity as a singer; singles Lanza recorded for each of his films went on to sell over a million copies.

After this string of hit films, New York Times writer Howard Thompson claimed "Hollywood's new do-re-mi king... is every bit as ripe as the high C's he tosses off for the Metro-Goldwyn-Mayer soundtrack...commercially he has yet to hit a clinker." During the filming of his next role, however, Lanza fought with the director of The Student Prince and left MGM. The argument was reportedly caused by Lanza's rapidly expanding waistline. Lanza's success clearly took a toll on his health as he sought solace in food, claiming that "nervousness" made him eat. Lanza's role in The Student Prince was recast, though his voice was still used for the soundtrack.

After leaving MGM, Lanza's career took a downturn from which it would never fully recover. Lanza made several more recordings, as well as TV and radio appearances, but his devastation over the fallout with MGM led him to begin drinking and eating heavily. Lanza did not make his next film until 1956, when he starred in Warner Brothers' Serenade. Lanza's return to the screen was marked as "not distinguished" and "merely acceptable" by the New York Times' A.H. Weiler. Lanza was disappointed by the film and disillusioned with the Hollywood lifestyle. In 1957, Lanza relocated his family to Rome, Italy. During this period, he starred in an Italian film called The Seven Hills of Rome that is chiefly remembered for Lanza's performance of "Arrivederci, Roma."

In the following years, Lanza returned to the stage to begin a European tour and appeared in his last film, For the First Time (1959). In October 1959, Lanza began experiencing chronic leg pain. A Roman clinic diagnosed him with advanced phlebitis, an inflammation of the veins that can be associated with blood clots. On October 7, Lanza grew tired of his regimen of bed rest and decided to leave the hospital. A clot in his leg broke loose and caused a pulmonary embolism. Lanza fainted and was not discovered for a few hours. By the time physicians treated him, there was nothing to be done. His cause of death was listed as a heart attack.

Although Lanza died at only 38, his voice lives on. His work in motion pictures has been immortalized with a star at 6821 Hollywood Boulevard on the Hollywood Walk of Fame, while his famous vocals have appeared in numerous films, including Bird (1988), Only the Lonely (1991), The Old Feeling (1997), and The Polar Express (2004). Philadelphia proclaimed the day of his death "Mario Lanza Day" and continues to honor his life and legacy with a museum, the Mario Lanza Institute. Although Lanza performed in only one opera, his short career inspired such opera greats as Luciano Pavarotti and Placido Domingo. According to Tim Page of the Los Angeles Times, tenor Domingo has admitted that The Great Caruso "exerted a particular influence on his career," while Pavarotti "pinpointed his early aspirations to a sense of awe at hearing 'Be My Love,' Lanza's greatest hit, as a teenager."

Photo Credit: "Screenshot of Kathryn Grayson and Mario Lanza from the trailer for the film The Toast of New Orleans.." 1950. Photograph. Licensed under Public Domain. Cropped to 4x3. Source: Wikimedia.