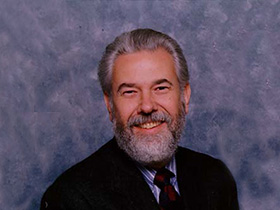 Born in Cuba, poet Robert Lima received his education at Villanova and New York Universities. His creative endeavors include teaching; translating; and writing poetry, prose, literary criticism, biographies, and bibliographies. He is Professor Emeritus in the Department of Spanish, Italian, and Portuguese at Pennsylvania State University, a Fellow Emeritus of its Institute for the Arts and Humanistic Studies, and a Corresponding Member of the Real Academia Española and Academician of the Academia Norteamericana de la Lengua Española. In 2003, he was ordained Knight Commander of the Order of Queen Isabel of Spain.

Born and raised in Cuba, son of a Spanish mother and Cuban journalist father, Robert Lima drew much inspiration from their professional and cultural interests, influences that inform his life to this day. Since both parents' families were of Celtic origin, Galician and Northern Portuguese, respectively, he explored his deepest roots in the British Isles, where he was especially compelled by their moors, fields, seacoasts, and prehistoric stone structures, where the myths and meanings behind historic monuments and stones came alive for him. This deepened his natural connections with Iberia, Latin America, and the Caribbean, and further enriched his writings and interchanges with students and faculty. To name several areas outside Europe and the Americas in which he traveled, Lima has been throughout Africa and Asia and involved himself in their customs and cultures, bringing a global perspective to his work.

In 1957, he earned his BA from Villanova University in English, Philosophy, and History; in 1961, he received his MA from the same school in Theater and Drama; and in 1968 he earned his PhD in Romance Languages and Literatures from New York University (NYU). At the same time he was involved in his education, he was part of the New York City poetry scene, where he read weekly at the Judson Memorial Church, Cafe Cino, the Tenth Street Coffeehouse, Les Deux Megots, and other venues. He also performed occasionally at La Mama and other stages, and co-edited the anthology, Seventh Street: Poems of ' Les Deux Megots,' (1961) and the second Judson Review.

After working in publishing, film, and at The Voice of America, Lima's first professional academic appointment was at Hunter College of the City University of New York (CUNY). From 1965 until 2002, he taught at Pennsylvania State University, where he offered courses on Romanticism, the Generation of 1898,18th-20th Century Drama, and Iberian Civilization & Culture, among others in the Comparative Literature Department, which he chaired from 1970 to 1975. Upon retirement after 40 years in the profession, he was named Professor Emeritus of Spanish and Comparative Literatures, as well as Fellow Emeritus of Penn State's Institute for the Arts and Humanistic Studies.

As one example of Lima's creative pursuits, he celebrated the 50th anniversary of the Surrealist movement by creating the multimedia event, Surrealism: A Celebration. This consisted of live theater and music, films, displays of rare publications, and exhibits of sculpture, jewelry, and other objects. Leading art historians, artists, and literary critics collaborated and gave presentations, and the festivities culminated in a Surrealist banquet. Descriptions and photographs of these proceedings were published in a special 1975 issue of the Journal of General Education, which Lima edited.

Among his awards and honors are the following: he was a Cintas Fellow in Poetry; he was named a Senior Fulbright Fellow to Per?? in 1976-1977; in Cameroon, he was initiated as a Fon (tribal king) in the Menda-Nkwe nation in 1986. The Pennsylvania State University Libraries hosted "The Poetic World of Robert Lima. A Retrospective" in 2004; his poem,"Astrals," won the first Phi Kappa Phi Poetry Competition in 2009; he was named Distinguished Alumnus by Villanova University. He is a member of Academia Norteamericana de la Lengua Espa?Òola [the North American Academy of the Spanish Language] as well as of the Real Academia Espa?Òola [the Royal Academy of Spain]and Academician of the Academia Norteamericana de la Lengua Espa?Òola. He was inducted into the Enxebre Orden da Vieira in Madrid, Spain, and in the summer of 2003, was named Knight Commander of the Order of Queen Isabel of Spain by His Majesty King Juan Carlos I.

Lima is the author of 27 books (criticism, poetry, biography, translation, and bibliography) and has published widely in US and foreign periodicals. He was a Senior Fulbright Scholar to Peru and has lectured and read his poetry throughout the US and other countries. Lima is listed in Who's Who in the World, Who's Who in America, the World Who's Who of Authors, the International Authors and Writers Who's Who, and other international writers' directories. The following list of his work represents a mere portion of his writings, translations, and prolific interests. For more details, please consult his web page.

Lima's current projects are a family memoir; a new critical assessments of Lorca's theatrical works; another on Jorge Luis Borges' stories; a book on his world travel experiences; and a book of anecdotes on writers, painters, musicians, critics, and others whom he met over the course of many years. He is also preparing several poetry collections for publication.