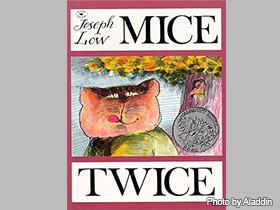 Children's author and illustrator Joseph Low was born in Coraopolis in 1911. He has been involved in many aspects of the publishing world, from writing and illustrating books to founding a publishing house. He was widely recognized for his works during the 1950s and 1960s. Caldecott Honor Award winner, Joseph Low died in 2007.

Joseph Low was born in Coraopolis, Pennsylvania, on August 11, 1911. His parents were John Routh and Stella (Rent) Low. On October 21, 1940, Low married Ruth Hull. Their two daughters were Damaris and Jennifer.

Low started his career in 1930 as an art major at the University of Illinois at Urbana-Champaign. In 1935, he went on to attend the Art Students League in New York. Low then moved to Bloomington to teach design and graphic art for Indiana University. While in Bloomington, Low set up Corydon Press and began freelance design, aided by a commission from the World Publishing Company. Low's long and significant career consisted of writing and illustrating dozens of children's books. In 1952, Low collaborated with his wife to write and illustrate The Mother Goose Rhymes. In 1959, Low became the proprietor of Eden Hill Press in Newtown, Connecticut, where he started publishing his own material while also designing book, album, and magazine covers. Numerous art museums and libraries throughout the United States, South America, and Europe have permanently displayed many of Low's artistic works.

Low developed his artistic style in response to, what he considered "deadly dull," art instruction. He found solace in exploring the art of the past, and he discovered how art speaks a visual language. Low's visual language was the language of nature, a thematic trend that he credited to his childhood years in Pennsylvania. Pennsylvania's natural splendor left a lasting impression on Low. He had strong memories of exploring forests and hills, discovering arrowheads, and watching boats along the Ohio River. He accepted his new life in towns outside Chicago, but Pennsylvania left him with deep appreciation and awe for the wonders of nature.

Low's work was been widely praised by critics of both literature and art. His name appeared in several Who's Who publications. New York Times awarded its "Best Illustrated Children's Book of the Year" in1953 to Low's Mother Goose Riddle Rhymes and again in 1976 to his Little Though I Be. Low received the New York Herald Tribune's Children's Spring Book Festival Award in 1954 for Egyptian Adventures,and again in 1962 for Adam's Book of Odd Creatures. In 1968, Low won the New Jersey Institute of Technology Award for Hear Your Heart and also for Shrimps. Trust Reba and The Land of the Taffeta Dawn were exhibited in the Children's Book Show from 1973 through 1974. Also in 1974, Low was cited for The Mouse and the Song in the "Fifty Books of the Year" sponsored by American Institute of Graphic Arts. In the following year, The Mouse and the Song would also show in the Children's Book Showcase selection. The Children's Book Showcase selection displayed two more of his books: Boo to a Goose in 1976 and Meat Pies and Sausages in 1977. Low's Mice Twice was named a Caldecott Honor Book in 1981.

Joseph Low died at the age of 95 on February 12, 2007, in Edgartown, Martha's Vineyard, Massachusetts.