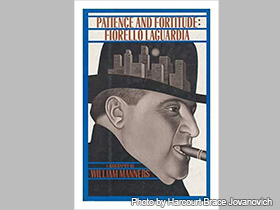 In his lifetime, William Manners wrote many mystery stories, had a successful career as a professional boxer, and wrote several successful nonfiction books. Born on April 3, 1907 in Butler, PA, Manners started his adult life in professional boxing. Following his boxing career, Manners worked for Hillman Periodicals as an editor. After marrying Ande Miller, a fellow writer, Manners became the editorial director of the popular Alfred Hitchcock's Mystery Magazine. He then went on to teach at the Famous Writers School in Westport, Connecticut. William Manners passed away on September 6, 1994, at the age of 87 in Norwalk, Connecticut.

William Manners was born in Butler, Pennsylvania, on April 3, 1907, to Rabbi Harris and Bertha (Schildhaus) Rosenberg. At the age of 19, Manners began a career as a professional boxer, which lasted until 1934. After receiving his BAfrom the University of Cincinnati in 1932, Manners received his BHIfrom Hebrew Union College (now Hebrew Union College — Jewish Institute of Religion) in 1933. Manners married Ande Miller, a fellow writer and author, on September 7, 1947; together they had three children: Julie, Jane, and Tracy.

After retiring from boxing, Manners worked from 1943 to 1950 as the editor of reprints at Hillman Periodicals, a magazine and comic book company that published true confession and true crime magazines. In 1947, Manners' first book, Father and the Angels, was published. This novel is an autobiographical account of growing up the son of a Rabbi. In 1956, after successful publication of a few more mystery novels, Manners became the founding editorial director for Alfred Hitchcock's Mystery Magazine (AHMM), a popular monthly fiction magazine that is still in print today. Staying in New York City and raising a family, Manners worked at AHMM as a successful editor from 1956 to 1962.

Throughout all his years as a boxer, editor, and author, Manners continued to write mystery stories as well as nonfiction and biographical prose. Taking a few years off from editing, Manners wrote the successful book Wake Up and Write (1962), which inspired writers and would-be writers. The book is a "quick and energized course on how to be a writer," intended to inspire the bogged down writer, and also intended for those who want to write but do not, or those who write, but not effectively. In 1965, the Manners family moved to Connecticut, where William Manners worked as a teacher at the Famous Writers School in Westport.

Along with mystery writing, Manners also enjoyed writing biographies. One of the more popular, entitled TR and Will: A Friendship that Split the Republican Party(1969) focuses on the relationship between Teddy Roosevelt and William Taft. University of Illinois History Professor J. Leonard Bates said the book was "readable and quotable... [with] a narrative that is sensitive and informative... Historians and others will find here a generally meaningful discussion." Manners novels satisfied nonfiction readers, mystery readers, historians, scholars.

From a very young age, Manners had always been very health conscious. His decision to become a boxer fueled a healthy lifestyle, and the most significant impact of this was becoming a vegetarian. He has said, "I've been a vegetarian since I was a child — long before it became an in thing. As a pro boxer I did road work. Now I manage a 26 mile marathon every thirteen days, at the rate of two miles per day. Jogging is the present word for this sort of thing, but I insist on calling what I do running." The importance of a healthy diet and lifestyle prompted Manners to co-author a book with his sister-in-law Ann Manners, entitled The Quick and Easy Vegetarian Cookbook (1978).

Published in 1978 and republished many times over, The Quick and Easy Vegetarian Cookbook is Manners most popular book. It has "enjoyed... years of multiple new printings and re-releases in more than 14 languages," says nephew Michael A. Manners. An editorial review from DSNutrition Health Review says, "There is such a thing as a gourmet vegetarian dining. This book provides the contention and provides luscious recipes for soups, souffl??s, breads, muffins, fruit and nut casseroles." The cookbook is still widely used today.

After the death of his wife in 1975, Manners settled down in Connecticut, only writing two more books. He died on September 9, 1994 at the age of 87 in Norwalk, Connecticut.