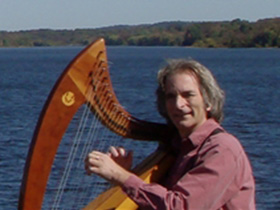 A writer of historical books for children, Robin Moore was born in Harrisburg.

Robin Moore, born October 19, 1950, is the author of 13 books, including children’s and historical volumes. He is a professional storyteller and has presented more than 5,000 programs and workshops at schools, museums and many other places. He was a past president of Patchwork. He is also the owner of Groundhog Press. Moore lives in Pennsylvania and received his bachelor’s degree from The Pennsylvania State University.

Robin Moore was born on October 19, 1950, to Robert C. Moore, an engineer, and Jeanne C. Moore, a homemaker. He was born in Harrisburg, Pennsylvania. Robin Moore married Jacqueline, a manager, in 1974. They have two children, Jesse and Rachel. Moore received his bachelor’s degree from the Pennsylvania State University. He served in the United States Army during Vietnam. Moore has had 13 books published by Random House, HarperCollins and Simon & Schuster.

Since 1981, Moore has used his roots from the Pennsylvania mountains, (in which his family has lived for almost 200 years – his Scotch-Irish ancestors settled in Central Pennsylvania after the Revolutionary War) his heritage in the ancient Celtic tradition, and his knowledge of the woods to tell stories. He often accompanies his stories with sounds from traditional musical instruments like the Celtic harp, the flute, and the hunting horn. “Inside each of us is a natural-born storyteller, waiting to be released,” said Robin Moore, “for some of us, this inner storyteller may be silent or sleeping or simply hidden from view. My aim is to guide listeners and tellers through the landscape of the imagination, allowing them to open the storehouse of memories, dreams and reflections and recover their own natural storytelling abilities.” According to robin-moore.com, “his storytelling and writing workshops are equally useful for adults and children, “Voyaging” to the sound of Robin’s Celtic harp, listeners travel deep into the imagination, re-awakening their natural storytelling and story creating abilities.

When the Moon is Full from 1994, for example, is a collection of supernatural tales set in the Central Pennsylvania Mountains. There are stories about a stuffed panther that comes back to life to rejoin his mate, a hunter who stays in a bear’s cabin for the winter and turns into a bear himself, and a story of fiddler who’s girlfriend becomes a wolf at night. “Moore puts flesh on folktale bones with these six effective yet unsensationalized tales of the uncanny that originated in the central Pennsylvania mountains,” according to Janice Del Negro from Booklist. Del Negro goes on to say, “while the tales aren’t traditional “jump tales,” they have plenty of surprises.” In the Man with the Silver Oar, Moore tells the tale of a fifteen-year-old boy Daniel who leaves his uncle’s Quaker household to seek adventure chasing pirates and fighting pirates. “Being a Quaker is an essential part of Dan’s story, because he has been taught questions about dealing with evil in this life,” said Claire Rosser, KLIATT Review. “This is what makes the story better than most, because it isn’t a straight tale of good vs. evil – along with Dan, the reader has to ask all the basic questions about dealing with evil in this life.’

At robin-moore.com, Moore’s programs for both adults and children are listed. According to the page, “he has presented more than 5,000 programs and workshops at schools, museums, conferences, festivals, on radio and television.” Moore’s awards include: The Parent’s Choice Award; the Pennsylvania School Librarian’s Association’s “Author of the Year;” and the Creative Arts Institute’s “National Storyteller of the Year.”