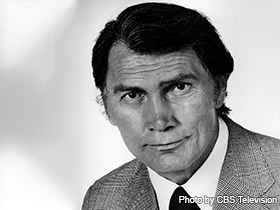 Born in Lattimer Mines, Pannsylvania, in 1919, Jack Palance was the quintessential "Western" villain in film. Palance began as a rough and tumble athlete, but worked his way through the theatre to get into Hollywood. He found his audience as a villain in "Westerns" of the 1960s and 1970s. In 1992, he was bestowed with one of the highest acting honors when he won an Oscar for Best Actor in a Supporting Role in 1992 for the film City Slickers. Palance died on November 10, 2006, in Montecito, California, but not before having three children, three grandchildren, over 120 acting credits, writing a book and making a music album.

Jack Palance, who was born in Lattimer Mines, Pennsylvania, on February 18, 1919. He is the son of Ukrainian-immigrant parents. His mother Anna Palahniuk and his father, a coal miner, originally named their son Volodymir Ivanovich Palahniuk. He was the brother of Ivan, John, and Anne.

At 6'3" and 200 pounds, and a coal miner, Palance was a born and bred athlete. These attributes helped him acquire a football scholarship to the University of North Carolina. He eventually dropped out to follow another sport, boxing. Palance fought under the name Jack Brazzo in 1938. He eventually became a professional boxer at age 20. He won his first 15 fights, 12 by knockout, before losing a 4th round decision to future heavyweight contender Joe Baksi on December 17, 1940.

"...Then I thought, 'You must be nuts to get your head beat in for $200.' The theater seemed a lot more appealing...", said Palance when asked about leaving boxing. Palance's decision to become an actor came a bit too late. When World War II came in 1942, he joined the US Air Force. Palance saw little action as a B-24 bomber pilot. Unfortunately, while patrolling the coast of California, he was at the controls when his plane lost an engine and slammed nose-first into the ground. He survived the crash but was left with severe burns on his face, requiring extensive surgery.

In 1944, he left military service and returned home to work in the coal mines. After his discharge, he changed his last name to Palance and resumed his education at Stanford University, studying journalism. Palance appeared on stage for the first time in The Big Two in 1947 and immediately followed it by understudying Marlon Brando's as Stanley Kowalski in Broadway's A Streetcar Named Desire. Palance, reportedly, punched Brando in the face while they where training on a punching bag which sent him to the hospital. This allowed for Palance to go on stage.

After graduating from Stanford University in 1949 with B.A., he became a sportswriter for The Chronicle and worked for a radio station. That same year, on April 21, 1949, Jack married Virginia Baker, a Greenpeace activist and actress. He had a daughter with her named Holly Palance, born August 5, 1950.

Palance continued doing plays into the Fifties, including Temporary Island and The Vigil. He won a "Most Promising Personality" award for his 1950 appearance in Darkness at Noon. His theatrical success helped him in Hollywood, where Palance's first movie role came. He starred in director Elia Kazan's Panic in the Streets in 1950. Billed as Walter Palance, he portrayed a fugitive carrying the bubonic plague.

The Fifties was a successful decade for Palance. His wife gave birth to two more children, Brooke in 1952 and Cody in 1955. Palance had steady roles in films. He played a murderous husband in Sudden Fear (1952), the creepy gunslinger in Shane (1953) and Cappy Gordon in his first color film, Second Chance (1953).

In 1956, Palance put his real-life training as a boxer to work in Requiem for a Heavyweight, which was written by Rod Serling and aired on the dramatic anthology series "Playhouse 90." Palance won an Emmy for this.

In 1958, Palance took some time away from Hollywood and lived in Switzerland until 1963. His time in Europe was spent acting in "Spaghetti Westerns" and war epics. In this time Palance established himself as a movie villain in "Westerns."

It was not long after Palance's return to the United States that he and his wife, Virginia Baker, got a divorce. Palance later married Elaine Rogers on May 6, 1987.

In 1992, Jack Palance Won an Oscar for "Best Actor in a Supporting Role" for the film City Slickers. Palance, 73, shocked the audience when he performed a series of one-armed push-ups (holding the Oscar in his other hand) as part of his Oscar acceptance speech. In 1992, he was also inducted into the Hall of Great Western Performers of the National Cowboy and Western Heritage Museum. He is commemorated with a star at 6608 Hollywood Boulevard on the Hollywood Walk of Fame.

"When it comes to playing hard-bitten cowboys, there could never be anyone better than Jack," said City Slickers director Ron Underwood. "He was a scary, intimidating guy with a very warm and giving heart."

Palance was a vegetarian but maintained a 1,000 acre cattle ranch in Calfironia's Tehachapi Mountains, and a 500-acre farm in Luzerne County, Pennsylvania. As a show of affection for his children, Holly, Brooke and Cody, his ranch brand was an "H," "B" and a "C." In contrast to his roles as a western star and his life raising cattle, he was a painter who loved trees and wrote poetry. He wrote and illustrated The Forest of Love: A Love Story in Blank Verse—about a man's love for a woman and nature—that was published in 1996. Palance's talents don't end there. He released a music album entitled Palance in 2003.

Jack Palance died on Friday, November 10, 2006, at 87 of natural causes at his daughter Holly's home in Montecito, California, (Santa Barbara County) surrounded by family, his spokesman, Dick Guttman, told the Associated Press. In addition to his daughters, Holly Palance and Brooke Palance Wilding, he is survived by his wife, Elaine Rogers Palance, a brother, John, a sister, Anne Despiva, and three grandchildren, Lily, Spencer and Tarquin.