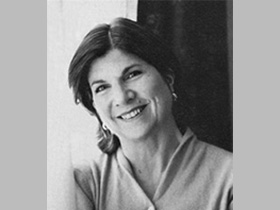 Raised in Drexel Hill, Anna Quindlen is a Pulitzer Prize winning novelist and columnist who has written for the New York Times and Newsweek.

Anna Quindlen was born in Philadelphia, Pennsylvania, on July 8, 1952. Working to provide a strong female voice in the publications she wrote for, Anna Quindlen was a columnist and reporter for the New York Times, New York Post, and Newsweek. Best known for her news and magazine work, she has also written novels, a pair of children's books, and several non-fiction books. Some of her fictional work has also been adapted into films for television. She was awarded the Pulitzer Prize in 1992. Anna Quindlen currently lives in New York City, Hoboken, New Jersey, and Cherry Valley, Pennsylvania.

The daughter of Robert and Prudence Quindlen, Anna was born on July 8, 1952, in the Philadelphia suburb of Drexel Hill. At the age of 18 she began work in the newspaper business as a copy girl. In 1974 she graduated from Barnard College and had a career as a New York Post reporter from 1974 until 1978, at which time Quindlen began work at New York Times functioning as a city hall reporter, columnist, and the deputy metropolitan editor.

It was at the Times that Quindlen came into her own as a writer, producing columns like "About New York" (1981-1983) and "Living in the 30s" (1985). Her column "Public and Private" ran from 1990 until 1992, when she won a Pulitzer Prize for commentary. She also wrote the column "Last Word" for Newsweek. Quindlen's various columns and essays have often been collected into books, such as Living Out Loud (1988) and Thinking Out Loud (1994). The latter was on the New York Times' bestseller list for over three months.

As a columnist Quindlen has been a controversial figure. She has spoken out against the "middle-school rhetoric" (name calling) of conservatives like Ann Coulter, praised gay marriage, and expressed much distaste for former New York mayor Rudy Giuliani. She has also covered women's issues, profiling tennis player Billie Jean King, reviewing other women writers like Maria Katzenbach, and also writing a notable article on Susan Heilbron, former New York Port's Commissioner, which discussed women's advancement in the work place in the late-1970s.

Her opinions on these subjects and others have earned harsh criticism and strong praise. In response to one of her articles, reporter Charlie Mitchell wrote in Biloxi's Sun Herald, "I visited some of the same sources Quindlen cited and—no surprise—found they could be used to make the opposite argument."

Critic Marilyn Gardner, however, had a more positive response to Black and Blue, Quindlen's novel about domestic abuse, which she reviewed in The Christian Science Monitor: "When Anna Quindlen was mapping the social landscape of late-20th-century America as a columnist for New York Times, she wrote regularly about domestic violence. With a blend of compassion and outrage, she gave eloquent voice to a sisterhood of women who remain largely silent and invisible."

Though mostly known for her work as a columnist, Quindlen has done other types of writing. Her fictional work includes the novels Object Lessons (1991), Naked Babies (1996) written with Nick Kelsh, Black and Blue (1998), and Blessings (2002). Black and Blue was chosen as an Oprah Book Club book and, along with Blessings, made into a movie for television. She wrote the children's books The Three that Came to Stay (1992) and Happily Ever After (1997).

Other books by Quindlen include A Short Guide to a Happy Life (1998) and One True Thing (1995), which was made into a feature film in 1998. The addition of the former to the New York Times' bestseller list made Quindlen the first author to have books in the fiction, non-fiction, and self-help categories.

In her writing, Quindlen has also returned to life in Pennsylvania and issues facing Pennsylvanians, even though she is largely known for her work in New York. In a Newsweek column about local environmental issues, she wrote, "The slow but sure reappearance of the bald eagle in this part of Pennsylvania is both a tribute to environmentally sound decisions of the past and a cautionary tale of what the future holds."

Anna Quindlen is currently the Chair of Barnard College's board of trustees. She holds honorary doctorates from Bates College, Moravian College, and Dartmouth College among others. She also works with the Council of the Author's Guild, the NARAL Foundation (a pro-choice organization; formerly the National Abortion Rights Action League, the acronym no longer has a meaning), and the board of the Nightengale-Bamford School.

Quindlen is married to Gerald Krovatin. They have three children together and live in New York City, Hoboken, New Jersey, and Cherry Valley, Pennsylvania.