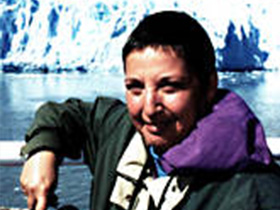 Author and illustrator Deborah Kogan Ray has illustrated Other Bells For Us to Ring and written The Flower Hunter.

Born in 1940 in Philadelphia, Deborah Kogan Ray developed an early interest in drawing and the natural world as a child. She graduated from the Pennsylvania Academy of Fine Arts and began illustrating in 1969, publishing her first authored work in 1981. Her many paintings and illustrations for children's books incorporate scenes from the natural world, the lives of children, and folktales. Her recent book Paiute Princess: The Story of Sarah Winnemucca (2012) received a starred review from Publishers Weekly, and Ray is the recipient of countless for her work, which includes water color and acrylic paintings. Ray lives in Wyndmoor, Pennsylvania, and frequents the trails of the Wissahickon Valley to draw inspiration for her art.

Deborah Kogan Ray, born on August 31, 1940, in Philadelphia, was the daughter of Louis X. and Hildegarde (Wimenitz) Cohen. She grew up in Southwest Philadelphia, moving four times to different houses on the same block. Since there were no community-led activities for children, Ray and the other neighborhood kids resorted to playing stick ball, hopscotch, and other games in the streets and on front steps. While she participated in these games, Ray enjoyed drawing and reading over competitive sports. Her favorite childhood book was Petite Suzanne by Marguerite de Angeli, a story that follows a young child who loves art and is encouraged to draw.

Ray also dreamt of becoming an artist and began exploring the natural world with frequent visits to Cobbs Creek Park and Bartram Gardens. By age 12, she was determined to capture the beauty she observed in nature through art.

Graduating from high school with an art scholarship, Ray first enrolled in the Philadelphia College of Art in 1958 to study fabric design. This specialty did not engage her interest, and so Ray transferred a year later to the Pennsylvania Academy of Fine Arts to learn fine arts, painting, and printmaking and graduated from there in 1962. Ray also attended the University of Pennsylvania (1959-1961) and the Albert C. Barnes Foundation (1962-1964). During this time, she supported herself and her education by waiting tables, modeling for art classes, and working in a lingerie store. She married sculptor Christopher Ray in 1960 and together they had children, Karen and Nicole. The couple later divorced in 1981.

With two daughters to support, Ray considered illustration as a steady career option to supplement her art exhibits. A rekindled love of children's books, which she'd been reading with her daughters, and a brush with famous painter and illustrator, Ben Shahn, further encouraged her to pursue children's book illustration. In 1969, she adapted and illustrated Nikolai Gogol's The Fair at Sorochintsi and the story Abdul, Abul-bul Amir and Ivan Skavinsky Skavar (Macrae Smith Company). Her own first story, Sunday Morning We Went to the Zoo, was published in 1981 and has been followed by many others, making her both author and illustrator of 16 books. In addition, she has served as the illustrator for more than 60 children's books.

Much of Ray's work has been inspired by folktales and explores the day-to-day world of children, with some taking place in historical settings. Her paintings and prints have been shown in 42 spotlight exhibits, in hundreds of group exhibitions, and have found homes in private and public collections throughout the world. On her website, Ray stated: "My work is inspired by observation of the natural world. It concerns growth and change, time and place, and evolving seasons. The paintings result from my reaction to a particular subject or landscape. My subjects are moving water, sky, rocks, leaves and plants. I do not use photographs. I work from the abstract. The works evolve from internal experience and memory as I draw and paint."

Her artwork has been shown at the Philadelphia Art Alliance, the Philadelphia Museum of Arts, Rutgers University, the American Institute of Graphic Arts, the Hibaya Library in Tokyo, the Kikar Malkaei in Tel Aviv, and elsewhere. Her paintings are also on display in places such as, the Chase Manhattan Bank, the Free Library of Philadelphia, the Library of Congress, Drexel University, Fidelity Bank, Ecolaire Incorporated, the Smithsonian Institution, the Philadelphia Electric Company, and Smith, Kline & French laboratories, among others. Ray is also an active member of the Artists Equity Association.

Ray's children's book Hokusai: The Man who Painted a Mountain (2001) tells the story of the self-made Japanese artist of the same name, a non-traditional painter and sketcher from peasant origins who lived from 1760 to 1849. A review in Publishers Weekly stated that Hokusai "supplies plenty of historical background without undue complexity. Older children will be drawn to Hokusai's lively world, and adults will find inspiration in the man who wrote as he lay dying, 'Even as a ghost/ I'll gaily tread/ the summer moors.'"

Another highly reviewed book of hers, Lily's Garden (2002), portrays the seasonal growth of a girl's various plants and vegetables at the family farm in Maine. Kirkus Reviews hailed the bookas "[a] composed and illuminating passage through a year of gardening on a Maine farm. ... Ray's art, expressive, informative, and filled with detail, is perfectly suited to the natural setting." Her story The Flower Hunter: William Bartram, America's First Naturalist (2004) is about the naturalist William Bartram and his botanical journeys with his father, John, through the colonial American wilderness. Sharon D. Wenger of Science Books and Films commented that The Flower Hunter "is a cleverly presented biography of William Bartram...The 'journal entries' are illustrated with actual sketches made by the Bartrams during their travels and with beautifully rendered watercolor and colored-pencil works. A map, drawn in period style, lines the front and back covers and depicts the Bartrams travel routes and major discoveries." Wenger also praised the accuracy of the work and continued, "its first-person presentation should appeal to children who might otherwise be turned off at the prospect of reading a biography."

Ray's numerous awards include the Louis Comfort Tiffany Foundation Fellowship in painting (1968), the Mabel Rush Homer Award (1968), the Philadelphia Art Directors Award for design and book illustration (1970), various awards from the American Institute of Graphic Arts (1970) and the Woodmere Art Gallery (1973), the Drexel Citation for Children's Literature from Drexel University and the Free Library of Philadelphia (1987), a Silver Honor from the Parent's Choice Award (2001), and an award for Outstanding Science Trade Book from the National Science Teachers Association and the Children's Book Council (2005).

"I found that I loved the process of working from a story," Ray said of her beginnings as an illustrator on the Embracing the Child website. "[M]aking my own scenario, and creating images that expanded the meaning of the words." Ray continues to write and paint, while drawing inspiration from the natural world.

Children's Books (as author and illustrator)