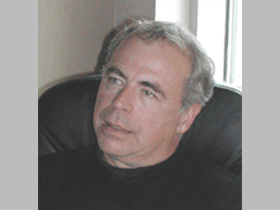 Born in Johnstown, New York, Richard Russo grew up developing an interest in writing fiction. After becoming an instructor of fiction, he published many books including Straight Man (which takes place in Bradford, Pennsylvania ), Nobody's Fool and Empire Falls, for which he won a Pulitzer Prize in 2002.

Born on July 15, 1949, Richard Russo is the son of James W. Russo, a construction worker, and Jean Findlay (LeVarn) Russo. He grew up in a small town in upstate New York, Gloversville. Russo received his B.A. in English at the University of Arizona along with his Ph.D. in American Literature in 1980. While working on his dissertation, Russo realized that he wanted to write fiction rather then academic nonfiction. He spent a year working on his fiction writing skills while completing his dissertation and earned a master of fine arts degree in creative writing in 1981. Along with being a novelist, Russo was a former fiction instructor at the Southern Illinois University at Carbondale and a former professor of creative writing at Colby College in Waterville, Maryland. When Russo wrote his first book, Mohawk, he was still employed full-time as a college teacher and would work on his novels at a local diner between classes. After the success of Nobody's Fool (the book and the movie), he was able to give up teaching and pursue his career in writing. He retired at the age of forty-seven.

Russo is known for his depiction of blue-collar life in depressed Northeastern towns and the struggles of emotionally scarred sons coming to terms with absent or abusive father figures. He has been regarded by many leading critics as the most important writer about Main Street, USA. He is a contemporary American novelist who writes well with free-handed humor about working class life. Russo has said that he wants that which "is hilarious and that which is heartbreaking to occupy the same territory in the books because he thinks they very often occupy the same territory in life, much as we try to separate them." In 2002, Richard Russo received the Pulitzer Prize for distinguished fiction by an American author, preferably dealing with American life for Empire Falls. This novel provides a panoramic view of small time life. It is set in a former logging and textile town in Maine. The story follows the misadventures of Miles Roby, a manager of a greasy spoon called the Empire Grill, and the problems of possible divorce, ailing mother, and his business. This was also turned into a motion picture, in 2005, starring Paul Newman, Melanie Griffith, Jessica Tandy and Bruce Willis. Paul Newman also starred in Nobody's Fool (1994) and Twilight (1998).

Russo's novel Straight Man is a story of academic politics set in the rural Pennsylvania college town of Bradford. This story is about a man named Hank Devereaux, the chairman of the English department, and the problems that occur as a result of a possible budget cut. A New York Times book reviewer, Tom De Haven, said this book is "hilarious." Another novel for which Russo is very well known is Nobody's Fool. Richard Russo received an Oscar nomination for the best screenplay of the motion picture of this book. Paul Newman also received an Oscar nomination for best actor.

This novel is set in the fictional upstate New York town of North Bath. It centers on a former mineral spa whose springs dried up abruptly. The Houston Chronicle's reviewer says that Russo "alternates episodes of boisterous humor with moments of heart-wrenching pathos...his characters are wholly sympathetic, but they are also human." Richard Russo was also named a Pennsylvania Council of Arts fellow in 1983 and received the Annual Award for Fiction from the Society of Midland Authors in 1989 for The Risk Pool.

Russo has been criticized by many reviewers for excessive length and his tendency to overwrite results in unnecessary repetitions and predictability. However, it has also been said that his novels are rarely boring. He has been praised for his ability to sketch vivid portraits of hardscrabble working-class life in the shattered small towns of the American Northeast. His characterizations and mix of straight-faced humor and knowing compassion has earned him special distinction. The broad scope and extensive cast of characters of his novels display Russo's sympathy for nineteenth-century authors. Nobody's Fool and Straight Man have been recognized by reviewers as having sharp comedy and using deft characterizations. Empire Falls has been considered his most ambitious and mature work to date, and has been widely praised by critics for its rich multigenerational story, engaging characters, and bittersweet emotional themes. Richard Russo is well known for his sly humor and his touchingly real characters.

Richard Russo is now living in Maine with his wife Barbara Marie and two children Emily and Kate. Russo is currently working on a new novel and has a couple of films in various stages of production. The expected release of this untitled novel is the summer of 2006.