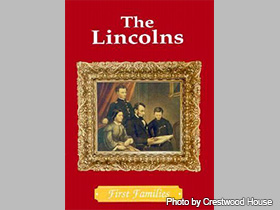 Sandak, a children's book author born in Johnstown, wrote almost fifty books on topics from Christmas(1980) to The Jacksons(1992) and The Lincolns (1992).

Cass Robert Sandak, born May 4, 1950, attended Union College in Schenectady, New York, Yale University, and the University of Pennsylvania before doing freelance work as a writer for various firms in New York. His interest in creative writing led him to author nearly 100 nonfiction books for children since 1980, including subjects such as holidays, ancient and native cultures, engineering structures, U.S. presidents, and government. He died in June, 2001.

Cass Robert Sandak was born on May 4, 1950, in Johnstown, Pennsylvania. He was the son of Casimer (an engineering designer) and Pauline J. (a retailer) Sandak and had two brothers, William and Thomas. At a young age while growing up in the village of Scotia, New York, Sandak began to make his own books with paper, cardboard, glue, and yarn. He went to school at the Scotia-Glenville High school. After attending Union College in Schenectady, New York and graduating summa cum laude with a BAin 1972, he conducted his graduate studies at the University of Pennsylvania from 1972 to 1973 and also at Yale University.

Following his academic studies, Sandak served in the U.S. Department of the Army in Fort Hamilton, New York as a civilian management analyst from 1974 to 1976. He worked as a freelance for various publishers in New York, and in this time, Sandak recognized his talent for creative writing. He employed his writing skills for various companies such as Letitia Baldrige Associates in New York City as a public relations consultant (1977), the biomedical firm Medcom in New York City as a medical editor (1977-1978), Machinery Apparatus Operations for the General Electric Company in Schenectady as a technical writer for 20 years beginning in 1978, a cochairman of the Schenectady County Christmas Bureau in New York (1979-1982), and a loan executive at the National Alliance of Business (1982).

His children's books have covered various topics including holidays, ancient and native cultures, engineering structures, presidents, and government. "I view literature as a vehicle for social improvement and change," Sandak told Contemporary Authors, explaining that "It is vital to expose young and old to the values and ideas that have informed civilization throughout the ages. And I want to share my unique vision of the joy and love of living and learning." Horn Book reviews frequently described Sandak's U.S. president series in the early 1990s as having "poor reproductions" of photographs, with "choppy, occasionally awkward texts," and that his last work, Taking Your Camera to France (2000), included "inane prose" and "mediocre" photos. However, Donald F. Logsdon describes Living Fossils (1992) by saying, "The overall presentation is excellent, the discussion of natural selection is good, and in all likelihood, the book's readers will enjoy it."

Sandak's memberships included: Society of Children's Book Writers and Illustrators, Academy of American Poets, Phi Beta Kappa, and United States Junior Chamber (Jaycees), board member of the Octavo Singers, and the Singers' Chamber Group. Honors include: a prize from the Academy of American Poets (1971) for his poem "The Garden of the Mint Green Unicorn," a number of community service awards for outstanding human improvement from the New York State Jaycees (1981, 1982), and he was named outstanding young man of America by United States Junior Chamber (1982). While in Schenectady, New York, Sandak also attended the St. George's Episcopal Church, participating in the church choir as well as the church vestry.

At age 51, Cass Sandak passed away on June 1, 2001 at Ellis Hospital in Schenectady, New York.