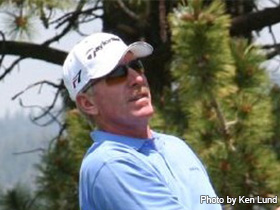 Mike Schmidt was born September 27, 1949, in Dayton, Ohio. He was a member of the Philadelphia Phillies from 1972 until 1989. He is considered by many as the greatest third baseman of all time. He was famous for his home run hitting as well as his defensive plays in the infield. He won several Gold Gloves and league MVP awards. He was eventually inducted into the Baseball Hall of Fame. He then went on to write four books on baseball and is considered an authority on hitting and defense.

Mike Schmidt was born September 27, 1949, in Dayton, Ohio. He was an exceptional baseball player in high school and went on to play baseball in college. Mike Schmidt attended Ohio University in 1967, where he played for the Ohio Bobcats. In 1971, he was drafted by the Philadelphia Phillies thirtieth overall. After playing in the minor leagues for two seasons, he joined the Phillies in 1972. However, in his initial season with the Phillies, he finished with 18 homeruns but only a .192 batting average, the lowest of any eventual Hall of Fame hitter.

Despite his slow start, Mike Schmidt made incredible progress after his first season with the Phillies and doubled his home run total in 1974 to lead the National League. Schmidt led the league in home runs in several seasons, from 1974 to 1976, and a streak from 1980 to 1986, with the exceptions of the '82 and '85 seasons. Schmidt won the National League home run crown a record eight times. He also led the National League five times in slugging percentage and RBIs (runs batted in) four times, and he is seventh on the all-time home run list. A testament to his awe-inspiring power, Schmidt is known for hitting a speaker in the Astrodome 329 feet forward and 117 feet vertical from home plate. Schmidt's hitting helped lead the Phillies to three consecutive division titles from 1976 to 1978, ending a 26 year drought.

However, Schmidt was known not only for his strong power hitting, but also for his incredible fielding skills. He is highly regarded for his strong arm as well as ability to field grounders barehanded. It was because of his fielding prowess that he was awarded 10 Gold Gloves over the course of his career. His combined hitting and fielding skills led to three league MVP awards. Mike Schmidt is considered by baseball fans and experts as the best third baseman of all time. Schmidt holds several Phillies records, including assists, homeruns, and RBIs. He was voted by Phillies fans in 1983 as the best player in franchise history.

Five years after retiring, Schmidt was inducted into the Hall of Fame in 1995. At the time, he had the fourth highest vote total, with 96% of voters voting for him. In 1999, Schmidt was rated the 28th on The Sporting News's 100 Greatest Baseball Players list. This was an even greater honor because he was the highest-ranked third baseman to appear on the list. After his retirement, Schmidt went on to write four books, two on hitting, one on fielding, and a release in 2005 on steroid use and scandals in baseball. During his retirement, he also owned a restaurant in Philadelphia and worked as a television broadcaster for baseball games. Furthermore, he worked as a hitting coach with the Phillies in 2002 and afterwards quit to manage a single-A team called the Clearwater Thrashers.

Schmidt has a wife, Donna, and two children, Jessica and Jonathon. He currently devotes a lot of his time to philanthropy. According to his official website, he currently participates and completes in golf tournaments for charities. Additionally, he hosts an annual benefit for the Cystic Fibrosis Foundation, called the Bahamas Winner Circle Invitational Fishing Tournament.