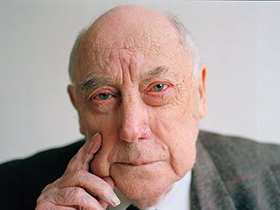 Shneidman has written widely on death and suicide in American culture. He was also the founder of The American Association of Suicidology.

Psychologist Edwin Shneidman was born in York in 1918. He moved to California for his post-secondary education in the mid-1930s and remained there. After getting his PhD, Shneidman became a well-known psychologist and published prolifically. He went on to create the American Association of Suicidology. He passed away in 2009.

Edwin Shneidman was born in York, Pennsylvania, on May 13, 1918. His parents were Louis Shneidman, a merchant, and Manya (Zukin) Shneidman. On October 1, 1944, Shneidman married Jeanne E. Keplinger, with whom he had four children: David William, Jonathan Aaron, Paul Samuel, and Robert James.

After receiving his PhD, Shneidman's career began to soar. Between 1949 and 1954, he was a clinical psychologist in the Veterans Administration Neuropsychiatric Hospital in Los Angeles, California. During this time, he edited his first work, a study titled Thematic Test Analysis (1951). Shneidman then became the chief of research in psychological service from 1954 to 1958, a time at which he edited his second study called, Clues to Suicide (1957). As his curiosity in the study of suicide continued, he became the co-founder and co-director of the Suicide Prevention Center in Los Angeles from 1958 to 1966. In 1966, Shneidman moved to Bethesda, Maryland, where he became the chief of Center for Studies of Suicide Prevention at the National Institute of Mental Health. During this time, he also edited a number of essays related to suicide studies including Essays in Self-Destruction(1967) and Aspects of Depression (1969). In 1969, Shneidman moved back to California and became a fellow at the Center for Advanced Study in the Behavioral Sciences at Stanford University. The following year, he became a professor of medical psychology at the University of California until 1975. During this time, Shneidman began his actual writing career with his first book, Deaths of a Man, in 1973. From 1975 to 1988, he was the professor of thanatology in the department of psychiatry and wrote his second and third books, Voices of Death in 1980 and Definition of Suicide in 1985. In 1988, Shneidman moved to Boston, Massachusetts and became a professor emeritus at Harvard University.

Throughout his career, Shneidman was given special research grants for the extraordinary amount of study he had done in the field of suicide. From 1961 to 1962, he was a special research fellow for the U.S. Public Health Service. Shneidman was on the American Board of Examiners in Professional Psychology in 1954 and became the vice president in 1966. In 1969, Shneidman was a visiting professor of psychology and a clinical associate at the Massachusetts General Hospital. The next year, he became a consultant at the Veterans Administration Hospital in Los Angeles. In 1978, Shneidman became a clinical associate at Karolinska Hospital in Stockholm, Sweden. He was also a visiting professor at Ben Gurion University of Negev in Beersheva, Israel, in 1983. In addition to his research on suicide, Shneidman had taken a special interest in the psychology of dying and was concerned with the ways professionals helped victims achieve a good death and helped survivors deal better with their loss. Shneidman was also the founder and first president of the American Association of Suicidology. In 1972, he won the American Association of Suicidology's Louis I. Dublin Award for a career of outstanding service and contributions to the field of suicide prevention by demonstrating leadership, devotion, and creativity. There was also an award created in Shneidman's name, presented to a person under 40 years of age, or a person who is not more than 10 years past the highest degree earned, who has made outstanding contributions in research in suicidology. Other awards Shneidman has received include a National Book Award nomination for Deaths of Man in 1973, an award for distinguished professional contribution to public service by the American Psychological Association in 1987, and the American Psychological Association's Henry A. Murray Award in 1997.

During his final years, Shneidman battled diabetes, cancer, and congestive heart failure. He died in his West Los Angeles home on May 15, 2009.