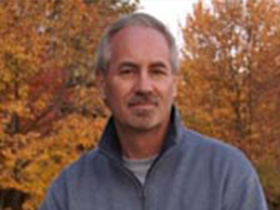 Randall Silvis was born in Sandy Hollow, Pennsylvania in 1950. After graduating from Clarion University, he became a writer-in-residence at a few universities and then became an English professor. His first book was published in 1984 and his work has been widely acknowledged. At the time of this writing, he lives in Pennsylvania.

Randall Silvis was born in Sandy Hollow, Pennsylvania, on July 15, 1950. His parents were Melvin Lloyd Silvis, a steelworker, and June Iola Silvis. On September 25, 1982, he married Rita Lynn McCanna, with whom he has two sons.

Silvis attended Clarion University, where he earned his BSin 1973. In 1976, he earned a MEdfrom the Indiana University of Pennsylvania. He was writer-in-residence at Ohio State University in 1989 and at Mercyhurst College in 1989-1990. He has been a professor of English at Clarion University and was a part-time faculty member of the graduate writing program at Seton Hill College. His first book, The Luckiest Man in the World, was published in 1984.

Silvis' work consists of novels, plays, essays, and short stories and he has been the recipient of many awards for his work. He was a creative writing fellow for the National Endowment for the Arts in 1983 and 1988. In 1984, he won the Drue Heinz Literature Prize for The Luckiest Man in the World (1984). He won the National Playwrights Showcase Award, in 1984, 1985, and 1988. He also was awarded a senior scholar research grant from the Fulbright Foundation, in 1988.

At the time of this writing, Silvis lives in Pennsylvania. He is still writing and publishing.