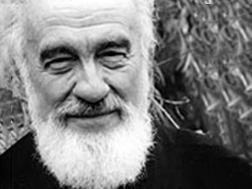 Born in Beaver Falls, W.D. Snodgrass won the Pulitzer Prize for poetry in 1960 and has written numerous volumes of poetry, including The Fuehrer Bunker (1977).

Born in 1926, W. D. Snodgrass was best known for his Pulitzer Prize-winning poetry book, Heart's Needle (1959), which earned him a Guggenheim Fellowship in 1960. Snodgrass was a pioneer in confessional poetry. He wrote a great deal of poetry, prose, anthology, and drama. He had been married four times and had three children. Snodgrass taught at many universities and devoted his retired years to writing. In 2009, he died in his home in Madison County, New York.

"I'm inclined to think that reading silently cannot really approximate the poem's power. For me it is an aural experience: no music, no poem." — W. D. Snodgrass

Poet William DeWitt (W. D.) Snodgrass was born on January 5, 1926, in Beaver Falls, Pennsylvania to United Presbyterian parents: Bruce DeWitt, an accountant, and Jesse Helen (Murchie) Snodgrass. They lived in Wilkinsburg, but drove to Beaver Falls for his birth since his grandfather was a doctor in the town. Eventually the family moved back to Beaver Falls and Snodgrass graduated from the local high school in 1943.

He attended Geneva College in Beaver Falls, Pennsylvania, from 1943 to 1944, and then served in the United States Navy from 1944 to 1946. After his service in the Navy, Snodgrass attended the University of Iowa between 1946 and 1947 and studied with Robert Lowell, a well-known confessional poet. While at the University of Iowa, Snodgrass received a Bachelor of Arts degree in 1949, a Master of Arts degree in 1951, and a Master of Fine Arts degree in 1953. He had also attended a few Quaker meetings while a graduate student, but ultimately considered himself a "born-again pagan," according to his fourth wife, Kathleen Ann Brown. On June 6, 1946, Snodgrass married his first wife, Lila Jean Hank. Together, they had a daughter, Cynthia Jean. Their marriage ended in divorce in December 1953.

On March 19, 1954, Snodgrass married his second wife, Janice Marie Ferguson Wilson. Together they had a son, Russell Bruce, and a stepdaughter, Kathy Ann Wilson. A year after his new marriage, Snodgrass began teaching at Cornell University in Ithaca, New York. He was an instructor of English from 1955 to 1957. He then took a job at the University of Rochester living in Rochester, New York, as an instructor between the years of 1957 and 1958. After his short time in New York, Snodgrass took a job as an Assistant Professor of English at Wayne State University in Detroit, Michigan. He held his position there from 1959 to 1968. During this period, Snodgrass published his first book of poetry, Heart's Needle (1959). His first divorce and the loss of his daughter, Cynthia Jean, prompted the title poem of the book, excerpted here:

I walk among the growths, by gangrenous tissue, goiter, cysts, by fistulas and cancers, where the malignancy man loathes is held suspended and persists. And I don't know the answers.

The window's turning white. The world moves like a diseased heart packed with ice and snow. Three months now we have been apart less than a mile. I cannot fight or let you go.

Heart's Needle was awarded the Pulitzer Prize for Poetry in 1960, and Brad Leithauser of the New York Times said this of the collection:

W. D. Snodgrass's sharply titled first book of poems, Heart's Needle, drew blood. Its controlled, intricate stanzas spoke of loss and dislocation with irresistible urgency...It caused a great stir among poets of a slightly older generation (Lowell, Jarrell, Bishop), as their letters demonstrate, and was a key book for a subsequent generation of aspiring poets, as my memories of creative writing classes taken in the 70's attest.

The collection is the prime example of the confessional poetry emerging at that time. This type of poetry deals with personal subject matter, e.g. divorce, the death of a loved one, and other issues rarely discussed. Niall O'Sullivan, a poet from London, described the impact that confessional poetry had during an event at the Oh! Bar in Camden, North London: "What people get high on when they hear confessional poetry is that the writer is taking something difficult and presenting it in a beautiful way. If you read out something deep and dark, people in the audience feel stronger for hearing someone else talk about it. It's nice to not feel like such a freak, like you're not the only one."

Snodgrass wrote this style of poetry throughout his life and, according to Kathleen (Ann Brown) Snodgrass, had shared early drafts of Heart's Needle while studying with Lowell in the 1950s. A few years later, Lowell wrote to Snodgrass, "I'm taking you as my model" — a revelation that feeds the scholarly debate as to who the first confessional poet was. During an interview with Contemporary Poetry's Ernest Hilbert, Snodgrass explained that Lowell "went to work to get [his Heart's Needle poems] published" and referred to the note Lowell had sent him acknowledging the great influence Snodgrass' work had had on his own, e.g. Life Studies (1959).

A Guggenheim Fellowship was also awarded to Snodgrass for Heart's Needle. The John Simon Guggenheim Memorial Foundation's web site describes Guggenheim Fellowships as "grants awarded to selected individuals for assistance in research and artistic creation. The grant is made for a six to twelve month period; and the awardees may use the grant in any way they feel is necessary for their work."

Snodgrass published many books of poetry as well as books of literary criticism. One of his most famous works is The F??hrer Bunker: A Cycle of Poems in Progress (1977) and its revised version, The F??hrer Bunker: The Complete Cycle (1995). In this progression of poems, Snodgrass describes the end of Hitler's tyranny through vivid monologues. These works were made into a play in 1981. The F??hrer Bunker, the play was first performed at the American Place Theatre in New York. In an interview, Snodgrass spoke of his work The F??hrer Bunker. He said "some critics would like to accuse me of somehow approving the Nazis, but the poem won't justify that. I've shown those characters as more wicked than any historian has. But I was careful not to imply that I am, or we are, or those critics are immune to such wickedness." In 1980, Snodgrass told the Allegheny Times that his best work was the Bunker poems he had finished to that point. Snodgrass was not afraid of any issue that had a good deal of emotion behind it. In fact, that is what made his poetry so powerful.

Snodgrass retired from teaching in 1994 to his upstate New York home with his wife Kathleen. He contributed an enormous amount to the world of poetry, especially to the concept of confessional poetry. Brad Leithauser described Snodgrass' writing prowess in a New York Times article. "...in Snodgrass's universe the reader can feel like an interloper: the poem is speaking directly to somebody else, and only indirectly to the wider world. Snodgrass draws much of his considerable power from having led us into the intense almost voyeuristic role of bystander and eavesdropper."

In late 2008, Snodgrass was diagnosed with inoperable lung cancer. He passed away on January 13, 2009, in his Madison County, New York home, near Erieville.