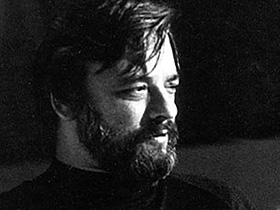 Sondheim has been the composer/lyricist for many popular musicals such as Sweeney Todd(1979) and the Pulitzer Prize-winning Sunday in the Park with George (1984).

Stephen Sondheim is a composer, lyricist, and scriptwriter whose contributions to the modern American musical have captivated audiences for half a century. He called Bucks County home while he attended the George School in Newtown, Pennsylvania, during his adolescence. His musicals have earned him prestigious awards and popular recognition alike, and he remains active in American theatre today.

Stephen Sondheim was born in New York City on March 22, 1930. His parents, Herbert and Janet Sondheim, were prominent in the Manhattan fashion industry as dressmakers and enjoyed a well-to-do lifestyle there. Despite his entrepreneurial activities, Sondheim's father still had time to engage in his favorite pastime: playing the piano. His father's passion for the piano cultivated a musical interest in his son, and Stephen was already hooked by age four.

Upon his parents' divorce in 1941, Sondheim accompanied his mother to Pennsylvania, where she had purchased a farm in Bucks County she named Fox Hill Farm. Mrs. Sondheim leased its land to local alfalfa farmers and started her own fashion business there, catering mostly to a high-end clientele. Coincidentally, the Sondheim family's friends, designer Dorothy and librettist Oscar Hammerstein II, owned a farm only four miles away, also in Bucks County. Friends of the Sondheims in New York, the Hammersteins would prove pivotal to young Stephen.

In Pennsylvania, Sondheim attended the George School, a coed college-preparatory school favored, among others, by many of Manhattan's prominent Jewish families because of its distinction and equality in education, its Quaker affiliations notwithstanding. And its location in Newtown, Bucks County, made it a convenient choice. There, Sondheim was a gifted student, and he excelled in the theatre program.

One of Hammerstein's sons, Jimmy, and Sondheim became good friends. They often went to the cinema together in nearby Doylestown—a very small village at that time—for either the seven or nine o'clock showing. Sondheim spent much time in the Hammerstein household, where he was often invited for dinner. He also enjoyed playing tennis and golf on their estate with Hammerstein himself and his other son, Jamie. In those days, Hammerstein acted as a surrogate father to Sondheim, a role that would later expand to professional mentor.

Musically, Sondheim first showcased his talent when he—along with other classmates and with the assistance of George School faculty—wrote and produced an original musical about life at the George School. Titled By George (1946), it is a production with three acts, twenty songs, several dances, and a cast of 50. The musical's premiere in May of 1946 at the George School was well received by all except Hammerstein, under whose tutelage Sondheim studied and to whose expectations Sondheim ultimately persevered. Despite his distaste for the performance, Hammerstein did concede that real talent generated this "worst thing."

At 16, Sondheim moved in with his father, who at that time was living on Fifth Avenue across from the Metropolitan Museum of Art with his new wife and children. Mrs. Sondheim also remarried, whereupon she moved to Beverly Hills, a place where Sondheim himself would later move. But before that, in the autumn of 1946, Sondheim enrolled at Williams College, a prominent liberal arts school in Massachusetts. His advisors at the George School had recommended nearby Swarthmore, where many of the school's alumni had historically matriculated. Sondheim, however, was attracted to Williams' theatre program, and his original intention was to take music as only an elective. English was initially the primary focus of his studies.

Sondheim found great success at Williams, where he continued to pursue lyric writing and music. In the class elections of 1949-1950, in fact, classmates voted Sondheim the most versatile, most brilliant, most original, most likely to succeed, and the one who had done the most for Williams. But in addition to writing for and acting in theatre performances, Sondheim also served as an editor of the college's magazine, The Purple Cow, and collaborated on a radio show for the college radio station. He eventually did take a music major but still spent much of his time appearing in campus plays, including Antigone, Trade Name, The Skin of Our Teeth, Winterset, Oedipus Rex, Julius Caesar, and The Gentle People.

Upon graduation in 1950, Sondheim had hoped to enter the Air Force. Childhood hay fever and asthma, however, barred his acceptance. Instead, he applied for and was granted the Hubbard Hutchinson Prize, a two-year fellowship to study music. It allowed him time to pursue his emerging passion: Broadway. He seized the opportunity to move back to New York, where he began studying with avant-garde American composer Milton Babbitt, a figure whose expertise and critical influence would inspire Sondheim throughout his career.

Sondheim's first professional job in show business was as a Hollywood scriptwriter—a position Oscar Hammerstein had helped him to secure after the completion of the fellowship. Sondheim worked for a television comedy series called Topper, which aired from 1953 to 1955. Soon enough, though, Sondheim acted on his desire to return east.

Before too long, Sondheim's decision to return paid off. His break came when Leonard Bernstein hired him to write lyrics for West Side Story (1957), a modern retelling of Shakespeare's Romeo & Juliet. When West Side Story opened at the Winter Garden in New York in 1957, it earned Sondheim early success and praise as a lyricist—at the age of 27!Sondheim's next big accomplishment came in 1959 with Gypsy. This production—a musical about a stripper—confirmed Sondheim's artistic status on Broadway and secured him financially, much to his father's admiration.

A number of Sondheim's musicals have been adapted for the silver screen. And among the television and movie scores he has written,are five songs on the soundtrack to Dick Tracy (1990). Other credits include Evening Primrose (1966), Reds (1981), and Getting Away with Murder (1996).

More recently, Sondheim has been a co-playwright for Getting Away with Murder (1990), his first nonmusical stage production. One of his advisees, Jonathan Larson, has since garnered fame with his completion of the Broadway musical sensation Rent (1996). Awards Sondheim has received run the gamut from the Oscar to the Tony. Sondheim's lyrics to "Sooner or Later" from the Dick Tracey soundtrack, which features Madonna, earned him an Academy Award. Also, he has received Tony awards for Company, Follies, A Little Night Music, and Sweeney Todd. Not to be forgotten is the Grammy he earned for "Send in the Clowns," from A Little Night Music.

Critics generally agree that what's remarkable about Sondheim's work is his reinterpretation of the American musical. Until Sondheim's emergence, American musicals were traditional in form, sentimental in style, and often light-hearted if not comedic in nature. But Sondheim's musicals challenge these characteristics by introducing dramatic themes and, in some cases, tragic storylines. That his works include murderous barbers, presidential assassins, and seductive fairy-tale figures attests to his unorthodox contributions to the musical as a genre. In 1990, Sondheim began a visiting professorship of contemporary theatre at Oxford University. His latest works include Assassins (1990), Passion (1994), and Saturday Night (1997) (originally written in 1954). He is now active with the annual Young Playwrights Festival, the goal of which is to provide aspiring writers with professional guidance.

He is currently working on a new musicalnamed Bunuel (working title),which is based on two Luis Bu?Òuel films (The Exterminating Angel (1962) and The Discreet Charm of the Bourgeoisie (1972)). It is expected to premiere in 2017.