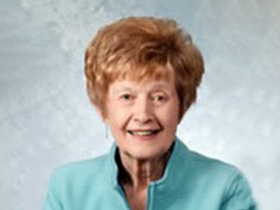 A long-time YWCA director, Betty Tatham has written a number of scientific books for children.

Betty Tatham began writing books for children in 1996 as a result of her work as the executive director of the Young Women's Christian Association (YWCA) of Bucks County. In 1996, she researched and wrote Penguin Chick, published by Harper Collins. Most of her inspiration comes from animals and wildlife.

Betty Tatham is the daughter of Julius and Elizabeth Theisz.In 1955, she married Winfield A. Tatham, and has two children named Richard and Susan.She attended Fairleigh Dickinson University and received a BAin sociology.Additionally, she completed her graduate study at Fordham University and the University of Utah.Tatham's other interests include gardening, music, and conducting historic and scientific research.

In 1996, Tatham started writing for children because of her work as Executive Director of the YWCA of Bucks County. At the YWCA, she designed a mentoring program for first grade students.The children were paired with a high school tutor for the academic year, and the program was immensely successful. After the program was expanded from 3 schools to 12, more books were purchased for the program.Inspired by the books used by the program, Tatham decided to learn to write children's books.

For the next three years, Tatham took lessons for writing books from a published author and attended many conferences and workshops for writers, such as SCBWI. Her first book, Penguin Chick was published by HarperCollins in 1996. "I only write about subjects I love, or those I want to learn more about," explains Tatham on her website. After coming upon a snake skin in the woods, Tatham decided to write How Animals Shed Their Skin (2002). Elizabeth Young provides praise for the book in her Children's Literature review, saying, "Mix some pretty nifty animals, their bodily functions, terrific photographs and interesting facts about each and you have the recipe for this engaging book about how animals shed their skin." This book could be a useful source in the classroom, and may engage the interest of curious children.

How Animals Communicate (2003)and How Animals Play(2003) soon followed. In How Animals Communicate, Tatham explores the different sensory ways animals correspond with each other by breaking the book into sections concerning communication that can be seen, unseen, smelled, touched, or miscommunicated. According to Alissa Winkler's literature review in Science Books and Films, "The books are a pleasure to read and relate some facts that even an adult reader is not likely to know." This book is an intriguing choice for science readers of all ages.

Additionally, Baby Sea Otter (2005), a book that Tatham dedicated the Monterey Bay Aquarium's Sea Otter Conservation Program, combines factual information about the life cycle of a sea otter with beautiful illustrations. The illustrations of sea life are engaging and function well within the text. According to a review in Booklist by Karen Hutt, Baby Sea Otter is "Informative and entertaining . . . an excellent resource to introduce young children to sea otters."

In 2003, Tatham retired from the YWCA to focus more on writing children's books and making school visits.

At the time of this writing, Tatham is a member of many different associations, including the Society of Children's Book writers and Illustrators, the Association of United Way Executive Directors (president), and the National Association for the advancement of Colored People (member, board of directors). Additionally, her books have received much recognition and she has received a number of awards.