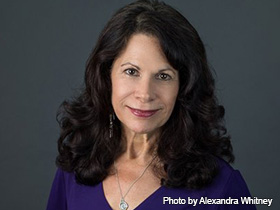 Heather Thomas grew up in Reading, Pennsylvania.At the time of this writing, she lives in Muhlenberg township in Berks County and teaches at Kutztown University in the English department. Aside from teaching, she is a professional poet and has also written essays, fiction, and journalism.

Heather Thomas was born on November 5, 1951, to Marjorie Harrison and Horace Roland. Both of her parents grew up in Reading, Pennsylvania, but she was born in New York. Thomas attended high school at Wyomissing High School, which is located near Reading. She attended Vassar College, but completed her undergraduate degree in English from the University of Pennsylvania. Additionally, she obtained her masters degree and doctoral degree from Temple University. Thomas has a son, Ian Forester, from a previous marriage.

Thomas was first published in 1985 in Yarrow magazine. Thomas explains that two of her first books were written under her pseudonym, H.T. Harrison. Harrison is her middle name, and H.T. are her initials. She discusses her different writing names in the essay "Castings," which can be found on her website. Additionally, her first chapbook, Voiceunders, was published in 1993 by Texture Press. According to his Voiceunders review in Bookends, Michele Swigart Uhrich writes that Thomas "has an exquisitely sensitive ear for layers of language, folding street talk among references to nature to produce a jarring effect." Another early chapbook published under this name was Circus Freex in 1995. A reviewer in Bookends said, "Throughout her poems are scattered bits of wit and sage observations which, ultimately, any reader may wish to have said."

When asked what themes she incorporates into her work, Thomas explains that her writing encompasses "language as desire and the possibility of being set free through language." She hopes that her poems spark the reader's memory and imagination. She identified Berks County-native Wallace Stevens as her favorite and most inspiring poet. Thomas says, "He seems to have lived much of his life inwardly through poetry and to have found spiritual substance in it."

Her two early full length books, Practicing Amnesia (2001)and Resurrection Papers (2003), display two very different types of writing. Practicing Amnesia is written with more minimal and spare language, while Resurrection Papers is more of a narrative and includes prose poems (many of which recall her childhood in Reading, Pennsylvania). Thomas hopes to explore a more hybrid form of writing that combines the minimal style of writing with the more descriptive. Not only has Thomas explored poetry-writing, but she has also written and published fiction, essays, and journalism. She also wrote a short play that was published by the Reading Theater Project.

In 2008, Thomas published Blue Ruby. Anne Kaier wrote in the Wild River Review that "Thomas's poetry is brilliant, hard-edged, technically accomplished. The poems in the new volume are more direct than those in Resurrection Papers, although all her work requires some digging in order to uncover the meaning. Once understood, however, it's unforgettable." In 2008, Thomas was named the poet laureate of Berks County.

At the time of this writing, Thomas works at Kutztown University as a professor in the English department, and she is the faculty advisor to Shoofly, a literary magazine produced by English and Professional Writing students.