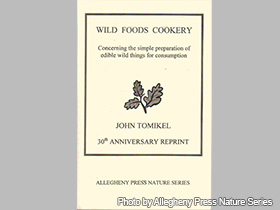 John Tomikel was born in Cuddy, Pennsylvania, in 1928. He received four advanced degrees, including a Bachelors of Science from Clarion State College and a PhD from the University of Pittsburgh. He has been an earth sciences teacher and professor, spending a large portion of his career at California University in California, Pennsylvania. Tomikel is also a founder of the Pennsylvania Earth Science Teachers Society, as well as an author of fiction under a pseudonym. At the time of this writing, he lives in retirement in Corry, Pennsylvania.

John Tomikel was born on April 30, 1928, in Cuddy, Pennsylvania. After high school, Tomikel attended Clarion State College (now Clarion University) and received a Bachelors of Science in 1950. Following graduation he enlisted in the United States Army and served from 1952-1954.

Tomikel taught earth sciences at both the high school and college level. He held the position of Assistant Professor at California University in California, Pennsylvania from 1965-1966. From 1966-1972 Tomikel was an Associate Professor. He then was named Professor of Earth Sciences in 1972 until his retirement.

A founder of the Pennsylvania Earth Science Teachers Society, Tomikel is an expert in his field. He is the author of 24 books, including textbooks on natural resources, geography, and earth environments. In addition, Tomikel has published two books of poetry, two novels, and three travel diaries under a pseudonym. In his writing, he searches for and discusses a connection between poetry and science in general literature, as well as exploring questions about God and religion.

At the time of this writing, John Tomikel lives in retirement in Corry, Pennsylvania, having taught several classes at nearby Edinboro University through the 2004-2005 academic year.