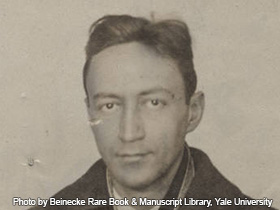 Toomer, a leader in the Harlem Renaissance, wrote Cane (1923), which details the experiences of African Americans in the rural south and the urban north.

Novelist Jean Toomer was born in 1894 in Washington, D.C. He is most associated with the literary scene in New York during the time of the Harlem Renaissance, a movement during which African American authors came to the forefront of American literature. He died in 1967 in Doylestown, Pennsylvania.

Jean Toomer was born on December 26, 1894, in Washington, D.C., to Nathan and Nina Toomer. He married Marjory Latimer in 1931. After his first wife died, Toomer married Marjorie Content in 1934.

Toomer studied at the University of Wisconsin at Madison in 1914 and at the College of the City of New York from 1917 to 1918. He also went to the Gurdjieff Institute in France.

After graduating, Toomer spent the next four years writing poetry and prose and was actively involved in literary circles. In 1920, he taught school in Georgia, which ended up becoming the foundation of his later book, Cane (1923), along with bringing him back to his Southern roots. Cane centers on the landscape and Southern people he saw in Georgia.

Toomer became deeply interested in the teachings of George I. Gurdjieff, a spiritual philosopher who founded the religion Unitism, in the 1920s. After studying at Gurdjieff Institute in Fontainebleau, France, he led Gurdjieff groups in 1935 in Harlem, New York, and from 1926 to 1933 in Chicago, Illinois.

Toomer's major literary contribution is considered to be Cane, a book of prose poetry. After Cane was published, Toomer was considered a leading figure in the Harlem Renaissance. Toomer was widely recognized as a great black poet, and his writing was highly praised. He was ranked in the same category with Ralph Ellison and Richard Wright, famous African American writers.