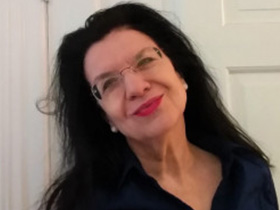 Lafayette College professor and poet Lee Upton is the author of the collection Undid in the Land of Undone (2007).

On June 2, 1953, Lee Upton was born in St. John's, Michigan. She is a much celebrated poet and has published several books of poetry, literary criticism, and fiction. Her most famous work, Undid in the Land of Undone (2007), is a collection of poetry, which has many allusions to mythological figures and features some of her comedy poems. She is also a Professor and Writer-in-Residence at Lafayette College in Easton, Pennsylvania. Upton was honored with the Lyric Poetry Award and The Writer Magazine/Emily Dickinson Award at the group's 95th annual awards ceremony and is featured in the 2009 Public Poetry Project of the Pennsylvania Center for the Book.

Lee Upton was born on June 2, 1953, in St. John's, MI, and was reared on a 140-acre farm in the middle of Michigan where her freedom was limited only by the boundaries of her family's land. Upton, a voracious reader since she learned to read, was a product of a family that encouraged independence. Her family was comprised of her sisters, Alice and Lana, and her brother, Joe. In her early childhood, she became mesmerized by a book, titled Gods and Goddesses in Art and Legend, by Herman J. Wechsler. It greatly influenced her work with its poetic freedom within the mythical stories. Upton began writing poetry out of sheer fascination with the litheness of words.

As an undergraduate of Michigan State University, Upton worked as a freelance writer at a newspaper. Meanwhile, she attempted to get her poetry published. A desire to be a public poet stemmed from her "faith in the possibilities of language." Her first poem was published in Michigan State University's student-run literary magazine, The Red Cedar Review. Upton graduated with a BA in journalism. Next, she attended the University of Massachusetts, Amherst, where she earned her MFA.

Her first book of poetry, The Invention of Kindness, was published in 1984 in the University of Alabama Poetry Series and, according to Upton, the showcased poems deal "with trying to find the language for the world I grew up with and learning a way to honor that world," as she stated in an interview. In 1986, she earned a PhD in English literature from State University of New York at Binghamton (now Binghamton University) with her dissertation on Jean Garrigue, an American poet and professor. Jean Garrigue: Poetics of Plentitude(1991) was soon published and became her first book of literary criticism. Jean Garrigue's work greatly influenced her and her poetry. In an interview, she stated, "I found myself having real feeling for Garrigue's ambition and the way she deployed scrolling, ornate images down page after page." In turn, she says, "I hope that my poetry creates places for readers to begin to create additional provincial systems for making meanings and for experiencing meanings. That's a lot to ask for, I know, but I want to ask for it." Like Garrigue, she wants her poetry to inspire others. Other influences include T. S. Eliot, Emily Dickinson, Sylvia Plath, and Louise Bogan, about whom she wrote her second book of literary criticism. Still an avid reader, she is also influenced by her contemporaries, including Paul Muldoon, Bin Ramke, Glyn Maxwell, and Anne Carson.

Upton does not, however, restrict herself to poetry. She co-authored a collection of short stories in the form of a children's book by the name of On Stage Tonight (1983), and published more than 40 short stories. She advocates writing across different genres because "writing in different genres may make a long life of writing more possible; you can pick up new structures and new possibilities for one genre by working in another. I don't think I felt as fulfilled as a writer until I began working in three genres. And there's one very simple reason that strikes me for working in three genres; you can write for more hours a day." However, if faced with a choice, she would opt for poetry as her only form of expression. She says, "It offers the most immediate psychological awards, the most immediate discoveries, the most dramatic, time-compressed experience during the period of writing."

After she received her PhD she began teaching at Lafayette College in 1987. Atlantic Monthly Press published her second book of poetry, No Mercy, in 1989, for which she received the National Poetry Series award. Her third book of poetry, Approximate Darling, published in 1996, was the recipient of the Georgia Contemporary Poetry Series Award and was published by the University of Georgia Press. That same year her book of literary criticism, Obsession and Release: Rereading the Poetry of Louise Bogan, was released.

Her fourth book of poetry, Civilian Histories (2000), was selected as a winner in the Georgia Contemporary Poetry Series. The University of Georgia Press says Civilian Histories "portrays contemporary culture as the many-eyed, monstrous argus, and explores the common gestures between people and among cultures that constitute 'foreign relations.' Formally ambitious, ranging from short, allusive lyrics to long, intricately patterned sequences, Upton's poems reflect on complicity in and vulnerability to violence. Her poems also explore moments of hard-won triumph for the vivid, provocative people who inhabit them."

Her aptitude for poetry was nationally recognized when she was awarded The Pushcart Prize for Poetry, which is a prestigious American literary achievement awarded to "the best of the small presses" for poetry, fiction, and short stories every year. She also won the Lyric Poetry Award and The Writer Magazine/Emily Dickinson Award for her poem, "Dickinson's Day Lilies," selected because of its stunning portrayal of Emily Dickinson's influences. Both of these awards are presented by the Poetry Society of America, a group that distinguishes emerging and established poets in America that have exuded a mastery of poetry and innovation.

Her fifth book of poetry, Undid in the Land of Undone (2007), and most celebrated work is divided into five sections of mythological stories, which simultaneously expresses "reaching into the self," according to a review from Olivia Cronk from BookSlut.com, a highly respected publication featuring author interviews, reviews, and columns. The book moves through the sections across themes, as Upton describes, like "ambition in its more malevolent form -- greed -- and on the desire for endless transformations." Upton also covers "Thomas Hardy, Emily Dickinson, procrastination, [and] glass models of flowers," and ends with a crescendo of comedy poems. In the final section, Upton is unabashedly honest, conveying personal experiences. Olivia Cronk says, "This is an interesting break from the contemporary poetry voice of irony." She's "a storyteller, a songwriter; she takes on any voice that interests her, tells any detail, any version, cares not for the blurred boundaries between writer, persona, speaker, reader," Cronk continues.

Undid in the Land of Undone was a finalist for ForeWord Magazine's Book of the Year Award and received the Book of the Year Award in Poetry. Through this book of poetry, Upton hopes to instill in its reader a lesson about failure. She says, "Undid in the Land of Undone meditates on the exhilaration of ambition and the double-edged nature of failure. A failure can bring pain, certainly, but a failure may also signal our ability to act on our best and highest hopes. A failure of our own is more exciting than a success that doesn't challenge us."

Her poetry has graced the pages of a many journals, and she says "abandonment, love, death, boredom, failure, [and] ambition" are recurring themes in her work. From The New York Times Book Review, Andy Brumer says Upton's "poems about dreams transform the often mundane quality of life in an overly materialistic America into something imaginative and spiritual."

"Clairvoyance," her poem from Undid in the Land of Undone, was selected for publication by the Public Poetry Project of the Pennsylvania Center for the Book in 2009.

Upton has also published collaborative art books that include Elegy: Tying & Untying (with Jim Toia; Lucia Press, 2012) and Omniscient LoveI (2005)and The Maid at the Pond (2006) (both with Curlee Holton; Experimental Printmaking Institute). Her book, Swallowing the Sea: On Writing & Ambition, Boredom, Purity & Secrecy (2012), is a collection of essays that discusses the pleasures and challenges of the writing life. In 2014, she published a collection of short stories entitled,The Tao of Humiliation: Short Stories through BOA Editions. in 2015, she published another collection of poetry entitled,Bottle the Bottles the Bottles the BottlesthroughCleveland State University Poetry Center.

At the time of this writing, Upton is a professor of English and Writer-in-Residence at Lafayette College, where she was honored with the Marquis Distinguished Teaching Award, Mary Louise Van Artsdalen Award for Scholarship, and Jones Faculty Lecture Award. The College's annual celebration of National Poetry Month is also organized by her. She has been a contributing editor of the Denver Quarterly and the Pushcart Prize Anthology and is also a member of the board of directors of Verse, a partner of the National Poetry Review.

Lee Upton is married to Eric Ziolkowski, a professor of religious studies, and has two daughters.