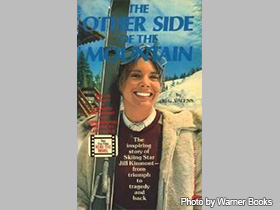 State College's Evans Valens was working as a script writer when he felt inspired to become an author. He spent the remainder of his career writing books that were often science-based.

Evans Valens was born in State College in 1920. He had a wide-ranging career in writing after his education at Amherst College: reporting, science writing, novels, and poetry. He also worked on many projects for educational television. He died in San Francisco in 1992.

Evans Gladstone Valens, Jr. was born April 17, 1920, in State College, Pennsylvania, to Evans G. Valens Sr., a salesman, and Mabel Valens. He married Winifred A. Crary in 1941, but the couple divorced in 1975. The couple had three sons and a daughter.

Valens graduated from Amherst College in 1941. After college, he began a short career in journalism as a reporter for the El Paso Herald-Post in Texas. From there he took a position as a news correspondent in the Central Pacific for the United Press from 1943 to 1948. After these work experiences, Valens became interested in science. He was a producer, writer, and director for KQED, an educational television station in San Francisco, from 1954 to 1961, and again for a year in 1970. Valens was also a writer and producer for National Broadcasting Company in New York City and Johns Hopkins University in Baltimore in 1957. He additionally produced and directed various film series for National Educational Television. Some of these series include "The Atom," "The Elements," and "The Measure of Man." Valens spent the end of his career as a free-lance writer. He wrote several publications for children, including Cybernaut (1968), Magnet (1964), and Wildfire (1963), and published multiple books for older readers, including A Long Way Up: The Story of Jill Kinmont (1966), The Number of Things: Pythagoras, Geometry and Humming Strings (1964), The Attractive Universe: Gravity and the Shape of Space (1969), and People Reading: How We Control Others, How They Control Us (1975).

Valens is well-known for his novel, A Long Way Up: The Story of Jill Kinmont, which depicts the life of a downhill skier. The novel was adapted to film as The Other Side of the Mountain and Valens published a sequel The Other Side of the Mountain: Part II (1978). Valens' educational novels are also widely acclaimed for their detail and the illustrations often drawn by Valens.

Valens was first rewarded for his work as a war correspondent in Okinawa, Japan, with a Purple Heart in 1945. He also was awarded a Thomas Alva Edison Foundation National Mass Media Award for the best science book for youth in 1959.