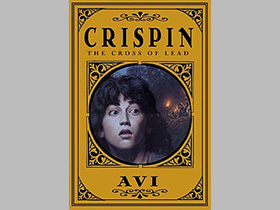 Avi Wortis, born December 23, 1937, in New York, New York, has written many award-winning children's books throughout his writing career. Avi received degrees in history, drama, and library science from the University of Wisconsin and Columbia University in 1959, 1962, and 1964, respectively. He then spent the next few years as a librarian at the New York Public Library and then at Trenton State College where he also taught a few classes. In 1986, Avi broke away from his career as a librarian and focused solely on writing. Throughout his writing career, Avi wrote more than 50 children's books and he also wrote for the Library Journal and the School Library Journal. At the time of this writing, Avilives in Denver, Colorado.

Avi Wortis, writing under the pen name of "Avi," is an award winning children's fiction writer. Throughout his writing career, Avi has written more than 50 children's books—as many as four books per year. This esteemed children's writer was born on December 23, 1937, in New York, New York, to a doctor, Joseph, and his wife, Helen. According to Something About the Author, Avi was born into a family of writers: two of Avi's great-grandfathers were writers, and his grandmother was a playwright.

As he grew old enough, Avi attended high school at Elisabeth Irwin High School in New York, New York. Also, according to Something About the Author, Avi did not always want to be an author; the writer is quoted as saying, "My first desire was to become an airplane designer, then a biologist. After my junior year in high-school my parents were informed that I was in desperate need of a tutor for somehow I had never learned to write or to spell."

Avi had many interests while he was in college and pursued three different degrees, which would all become useful throughout his careers. He first attended Antioch University and then transferred to the University of Wisconsin where he received his BAin history, 1959, and MAin drama, 1962. The following year after graduating from the University of Wisconsin the second time, Avi married a weaver named Joan Gabriner. Soon after marrying, Avi went back to school for a final time at Columbia University where he received his MSin library science in 1964. According to Contemporary Authors Online, Avi and Joan eventually divorced in 1982 and the writer married another woman named Coppelia Kahn in 1983—that marriage also ended in divorce and Avi married his third wife, Linda C. Wright. Throughout the duration of his three marriages, Avi fathered six children (Shaun Wortis, Kevin Wortis, Hayden Kahn, Catherine Wortis, Robert Wortis, and Jack Spina), and had one step-child (Gabriel Kahn).

While receiving his degree in library science, Avi worked as a librarian for the New York Public Library's Theatre Collection—he continued working at the library until 1970 when he transferred to Trenton State College's library. At Trenton State College, Avi also taught classes as an assistant professor until 1986. At that point in his life, Avi decided to leave the librarian and teaching career to focus solely on writing. He began writing for the Library Journal and School Library Journal.

As Avi pursued his librarian career, he began to publish children's books. A few of his books (novels and picture books) have received notable awards: The True Confessions of Charlotte Doyle (1998), Nothing but the Truth (1991), and Poppy (1995) have received the Newbery Honor Award and Boston Globe-Horn Book Award in 1991, 1992, and 1996, respectively. The picture book, Snail Tale (1972), received the Best Book of the Year award by the British Book Council in 1973, and No More Magic(1975) was the runner-up for the "Best Mystery of the Year" by the Mystery Writers of America in 1975.

Avi wrote Nothing but the Truth in the form of a documentary novel complete with memos, excerpts from diaries, conversations, transcripts, and letters. The story is that of Philip Malloy who hums the national anthem in homeroom every day; however, he his suspended from school because he did not "stand at 'respectful, silent attention,'" as is required. This documentary novel brings up the questions of respect, freedom, and patriotism. Adrienne Brausen, writer for Voices from the Middle, calls Avi's book "attention-grabbing" and states that "all of the characters are described vividly, and their actions throughout the story ring true."

Poppy, Avi's 32nd book, is a story of a deer mouse living in Dimwood Forest which is seemingly protected by the scary (and huge) Mr. Ocax, a great horned owl. Avi uses the forest animals to show the benefits of courage, loyalty, and justice. Evelyn Freeman of The Reading Teacher reviewed Avi as creating "unforgettable characters and [a] well-crafted tale."

Avi writes magnificent children's novels from which readers have the ability to extract positive morals in an entertaining way. Throughout the progression of his chosen careers, Avi received many awards for his children's books as well as other awards and grants, including the New York Public Library Grant, 1969; the Best Book of the Year Award, the British Book Council, 1973; the New Jersey Council on the Arts Grant, 1974, 1976, 1978; the Christopher Award, 1981; the O'Dell Award, 1984; the Newbery Honor Award, 1991, 1992, 1996, 2003; the Boston Globe-Horn Book Award, 1991, 1992, 1996; and the Randolph Caldecott Award, 2003. Avi also holds memberships with PEN, the Author's Guild, and the Author's League of America.

Avi published another book entitled Crispin: At the Edge of the World in 2006 which is the sequel to Crispin: The Cross of Lead, a Newbery Award-winning book. Starr LaTronica is quoted by Paige Wasson of the American Library Association as saying, "Avi masterfully creates a plot that sustains tension and suspense from beginning to end, while seamlessly weaving in details of daily medieval life" in comment to Crispin: The Cross of Lead.

At the time of this writing, Avi lives with his wife in Denver, Colorado.