From the Ashes of Steel... Film Stock? 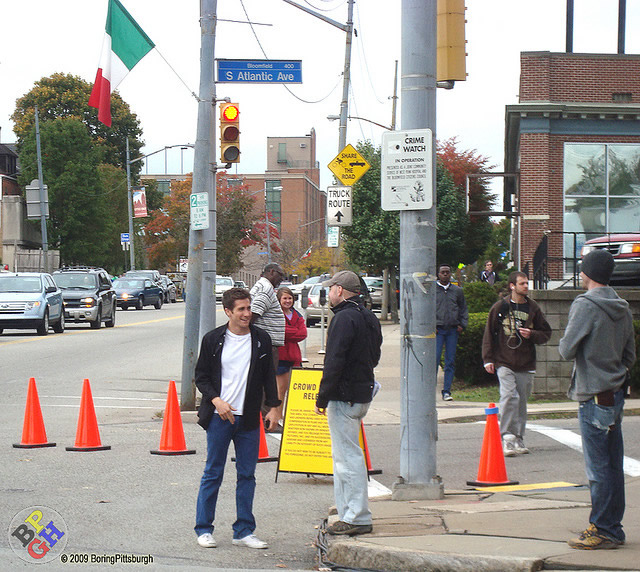 BoringPittsburgh, Flickr
Pittsburgh's Baum Boulevard was the scene for filming in the movie "Love and Other Drugs" with Jake Gyllenhaal.

Pittsburgh of the early 1900’s was a city of steel and hard workers. It was a place where if you could see through the smog, you would likely see the raging fires of the steel mills. Today, however, you are just about as likely to see a director yelling, “Action!” as you would be to see a steel worker shoveling coal. Pittsburgh was formed on the foundation of the steel mills and on the backs on the steel mill workers. As the years passed, though, the economic viability of American steel decreased dramatically. Beginning in the later half of the 20th century, steel mills began closing in droves, and countless workers were laid off. This economic downturn was an especially difficult time for the city, with disgruntled workers and a dwindling population. The city itself was at a turning point—if nothing changed it would face a slow and steady death.

Pittsburgh did change, and Pittsburgh is still changing. The city is now going through a process of revitalization with new industries and jobs being created to fill the roles of the once proud steel mills. Education, art, and healthcare have all helped to make the city of Pittsburgh relevant again. Surprisingly, though, one industry in particular has relatively recently begun to make Pittsburgh a place recognized throughout the world by means of an unlikely source, the film industry. 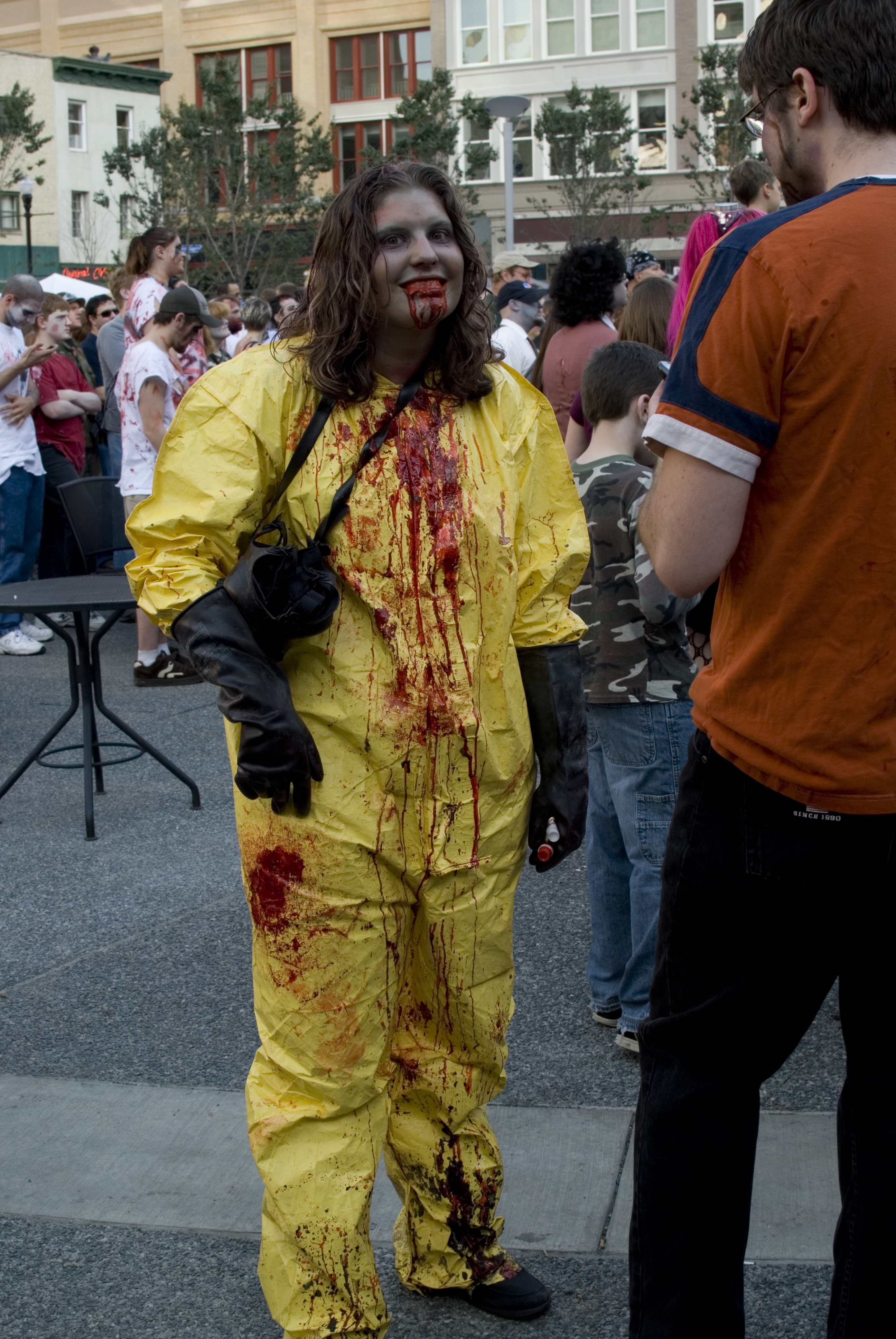 The film industry has taken root in Pittsburgh and appears to be continuing to grow in both size and reputation. Where Pittsburgh was once a city of smog and steel, many now see it as a location perfect for not only the setting of films, but also their production. With over 50 major movies filmed in the city of Pittsburgh in the past 10 years, it is clear that the film industry is something the city can look to as a strong part of its revival process and something that should continue to be cultivated.

Film in Pittsburgh certainly isn’t a new thing. Back as far as the early 1900s, with films such as the Allegeny Uprising in 1939, staring John Wayne, major motion pictures were produced in the city. Some of the most famous films to come out of Pittsburgh are Angels in the Outfield (filmed in Forbes Field, 1951), Night of the Living Dead, (shot 30 miles north in Evans City, 1968; most of its sequels have been shot in the Pittsburgh area as well) and Flashdance (filmed in Monroeville, 1983). Films such as these helped set the stage for the large influx of film production since the early 1990s.

One of the largest driving forces of this new Pittsburgh industry is the Pittsburgh Film Office, including the contributions of its current director Dawn Keezer. According to Keezer,

Our industry has developed tremendously since our office was created in 1990. We have seen nearly half a billion dollars in film production since that time and nearly 100 feature films and television projects have been completed here. We also have a very diverse crew and vendor base which makes southwestern Pennsylvania one of the primary “destination” film centers outside of New York and Los Angeles.

The office Keezer leads is an instrumental force in the rise of the Pittsburgh film industry and its positive impact on the economy of the city and the surrounding area. With its contributions Keezer states that they’ve created “thousands of jobs” and there are now “dozens of local production companies and companies that offer specialized services to the film industry.” Keezer’s role in this growth has been to expand, and to contribute to, Pittsburgh’s reputation in the filmmaking community as a desirable place to set or produce a film, as well as presenting it as a desirable place to live while production is in progress. Filmmakers want locations that are appropriate for their projects, with a diverse film crew. 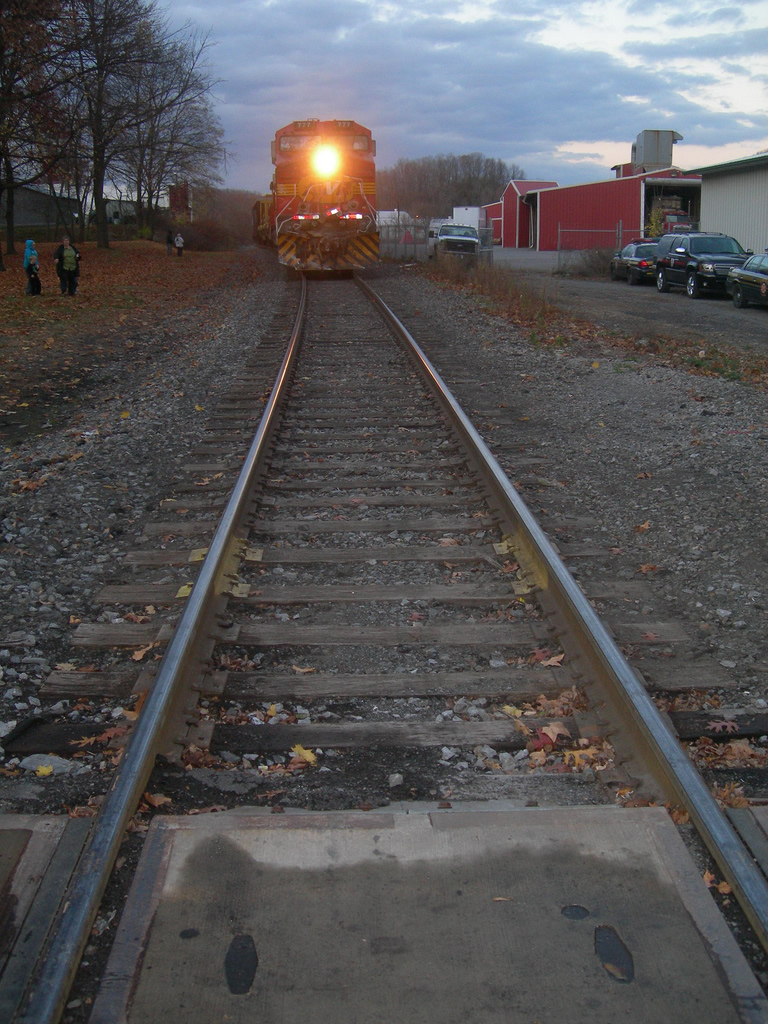 Phillip Pellegrini
The suspense movie "Unstoppable," about a runaway train, used Pittsburgh as a hub for production in 2009.

Pittsburgh’s financial situation is also appealing for directors and producers, as crew rates are more reasonable than in Hollywood. The Pennsylvania Film Tax Credit has been instrumental in drawing in production firms since its inception in 2007. As Keezer says, “The recent influx in production is a direct result of the success we’ve had with the film tax credit program in Pennsylvania. The film tax credit has put Pittsburgh on the map and now every major studio is considering southwestern Pennsylvania for their next production.”

Another main draw to filming in Pittsburgh is the ability of the city and adjacent areas to seemingly conform to nearly any type of setting necessary. From a desolate wasteland such as in the recent film The Road (2009) with Viggo Mortensen, to the trendy modern city shown in She’s Out of My League (2008) with Jay Baruchel. These movies, along with countless others show the visual and cultural range of the city. In The Road, the characters fight to survive in a post apocalyptic wasteland where each ruined building could hold bandits and murders. In She’s Out of My League, the female lead plays a high-end party planner for the Andy Warhol Museum and lives in a trendy apartment in the city. This visual diversity, along with the diversity of the local crews and talent, allow Pittsburgh to provide filmmakers with a wide range of their creative needs.

The sheer variety of locales in western Pennsylvania have made Pittsburgh an attractive hub for many productions. Director Keezer describes the benefit: “Why is Pittsburgh so attractive to a filmmaker? In Pittsburgh, you will find a modern city with several architecturally and culturally diverse surrounding boroughs. Farms, suburbs and small towns are all within twenty minutes of downtown hotels, so the Pittsburgh area can offer many diverse looks in a small, accessible radius of the city. There are also hundreds of local crew members and vendors that can support a film production.” 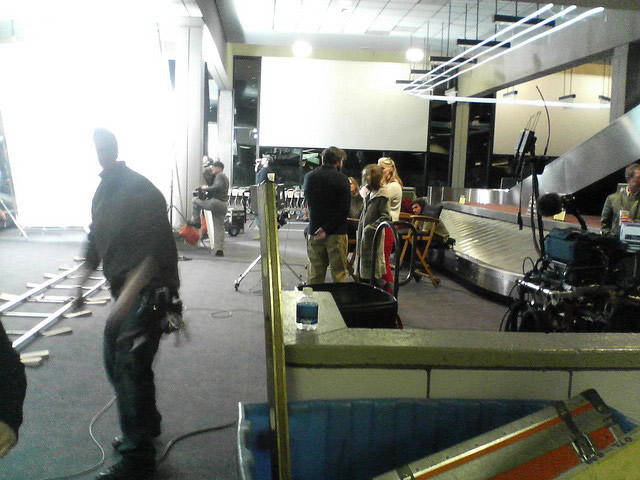 Casey Kelley
The 2006 production of "Smart People" with Dennis Quaid and Sarah Jessica Parker shot for 29 days in Pittsburgh.

With all of the added status and additional revenue produced for the city through the impact of the film industry, it is important to see the overall influence that this has on Pittsburgh itself. Today Pittsburgh is becoming just as well known for its modern amenities, as other influential industries come to the surface. Whether it’s through its image as a world-renowned healthcare destination with UPMC healthcare, or as a cultural and artistic destination with attractions such as the Andy Warhol Museum and Station Square, or as a thriving film production destination, Pittsburgh is a bigger mark on the map.

The industry doesn’t seem to be slowing down, either. Three major motion pictures were released in the past few years. Unstoppable starring Denzel Washington and Chris Pine, The Next Three Days starring Russell Crowe, and Love and Other Drugs with Jake Gyllenhaal and Anne Hathaway were all released within three weeks of each other. More recently, Pittsburgh was home to Christian Bale and Joseph Gordon-Levitt of The Dark Knight Rises as well as Emma Watson of The Perks of Being a Wallflower, written by Pittsburgh-native Stephen Chbosky. Together, these productions shine a major spotlight on southwestern Pennsylvania as a great destination for film production. Pittsburgh: a great city destination for film production, and simply a great city.

The Center would like to thank the Pittsburgh Film Office for their assistance with this article.