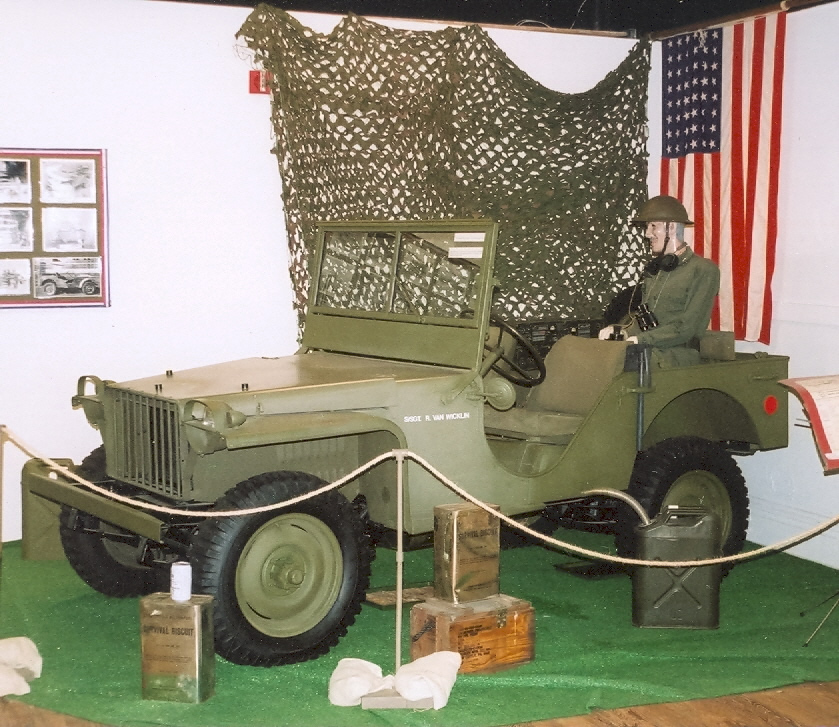 Long before the Wrangler and the Grand Cherokee existed, the Jeep™ was a much different creature from what one sees today. Built for the American military before its involvement in World War II, the Jeep™ was much smaller, lighter, and less-flashy. Boasting an extensive record of both military and civilian use, the original Jeep™ comes from humble beginnings. What most people don't know is that the first prototype was produced at the American Bantam Car Company in Butler County, Pennsylvania.

Bantam was created by Roy S. Evans who purchased the bankrupt American Austin Car Company (started in 1929 by English car manufacturer Sir Herbert Austin) for $5,000 and reorganized it into Bantam. Times were hard and Bantam was struggling. Seeing the potential for making money with the mounting political and military tension throughout Europe in the 1930s, Evans tried interesting the military in his compact Bantam Roadsters (as American Austin had done in 1933 and again in 1938 as Bantam). The timing was perfect as President Roosevelt increased military spending at the onset of the war. Jim Allen in his book Jeep wrote, "Up through World War I, American light transport consisted of motorcycles, two-wheel-drive civilian cars, and light trucks...Two-wheel drive hampered their usefulness." The US Army felt it needed a multi-purpose, low-profile, front-line surveillance vehicle able to carry several men and a heavy machine-gun. After seeing the Roadster's potential and touring the Bantam facilities in 1940, the Army put out a call to bid on a contract based on Bantam's designs. The bidding information was sent to 134 potential manufacturers, "the largest number of manufacturers the military had ever contacted in connection with a motor vehicle contract," wrote Patrick Foster in his book, Standard Catalog of Jeep 1940-2003.

Bantam submitted blueprints and agreed to meet a very short deadline for a prototype. The "Bantam Reconnaissance Car" was churned out in Butler in a matter of weeks. The military's hopes were exceeded and this vehicle's durability, carrying capacity, and off-road capability set the standard for all Jeeps™ to come.

While Bantam went to work creating 70 more Jeeps™ in Butler, Willys-Overland of Toledo, Ohio and Ford Motor Co., Bantam blueprints in-hand, began making improvements on the Bantam prototype. Weight was reduced, horsepower increased, the engine overhauled. With all three companies producing different vehicles, Willys-Overland's design won the favor of the Army and had the lowest price per unit, $748.74, according to Foster. Deliveries of the machines began in November, 1941. Bantam made 2,675 Jeeps™ but ultimately it proved much too small a company to manufacture the number of vehicles demanded by the military. The design created in Butler County was snatched away from Bantam and handed to larger companies that could produce the machines in mass quantities. 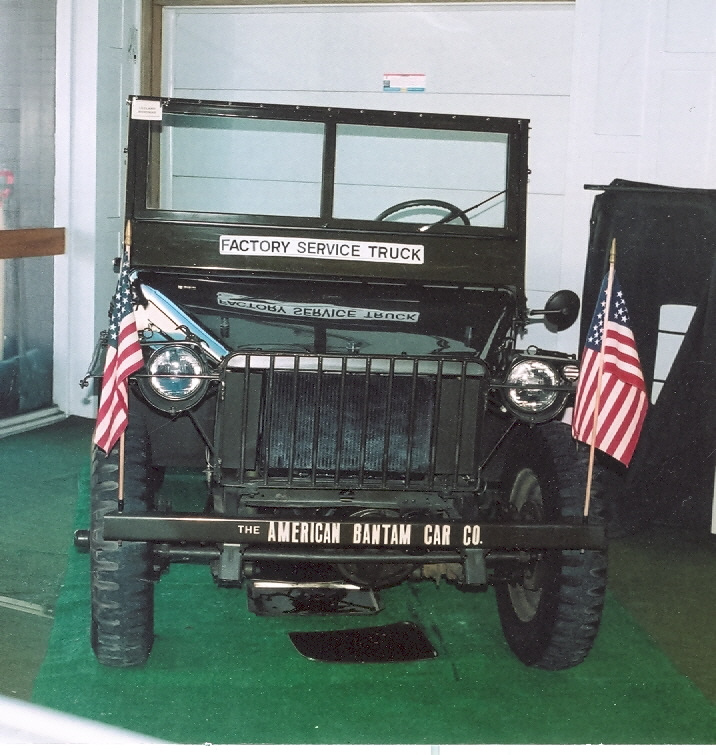 Photograph courtesy of the Butler County Historical Society.
Reproduction is prohibited.
Though Bantam created the Jeep, it was not given the Army contract to manufacture the vehicles because of the small size of the company. This is one of the few Butler-made Jeeps from the period.

Bantam was not a gold-mine and in 1946, Evans decided to sell the company. The new managers made trailers at the factory and eventually sold the company to American Rolling Mills in 1956, a steel company now called AK Steel which owns the company, according to Rebecca Crum-Reinsel, executive director of the Butler County Historical Society.

As one of the most heavily-used pieces of military transport, these vehicles from Butler accumulated various nick-names from the men who drove them. Equipped to carry stretchers for wounded men, some knew it as the front-line ambulance. Military veteran and author Dickson Hartwell called it the "military Model-T" for the barriers the machine broke in military transport. Perhaps most importantly, combat soldiers came to know the General Purpose vehicle (G.P.) simply as "Jeep."

Willys-Overland struggled to make money after the war. As a solution, it produced the first civilian Jeeps™ in 1945 for use on farms. The new Jeeps™ soon made it to roadways all over America becoming a major success. In 1970, Kaiser Jeep™ (a merger between Kaiser Industries and Willys-Overland) was purchased by American Motors Corporation, and named "Jeep Corporation." AMC was bought out by Chrysler in 1987. AMC was purchased for the potential selling power of new Jeep™ models that Foster called "the crown jewels of the SUV market."

"Jeeps" can be found the world over in numerous models. The vehicle that revolutionized military transport transitioned into the life of the American car owner. Attendees of the various "Jeep" events, like the Jeepers Jamboree held annually in California, military personnel, and car owners of all ages all have in common their style of vehicle. Their vehicle of choice would not be what it is today without the prototype put forth by the late American Bantam Car Company of Butler County, Pennsylvania.