From Just One Seed... 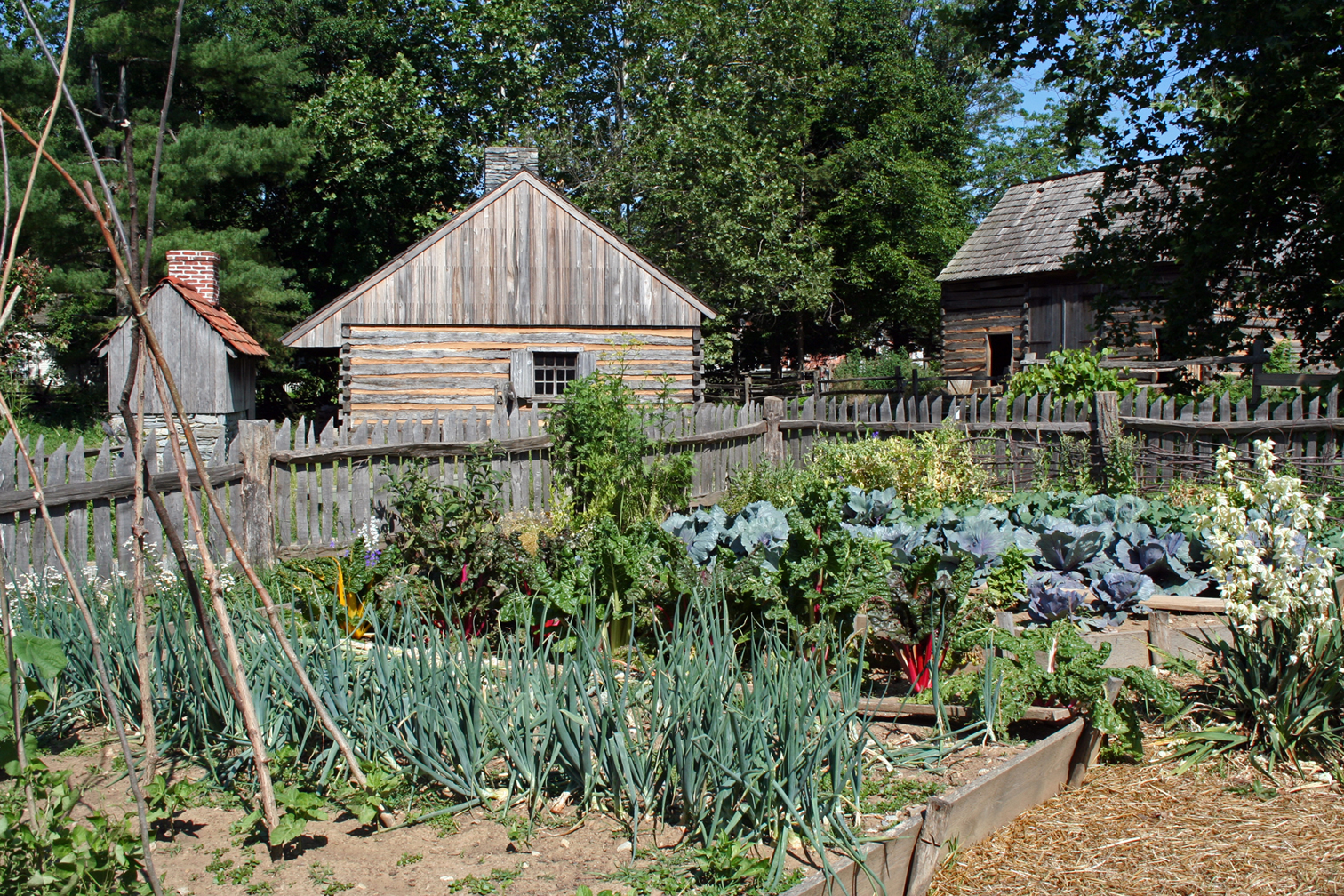 The air was brisk and the day was young. Henry K. and George Landis were taking an early morning stroll through the fields of their family farm with their father, Henry H. Landis. As they walked along, their father told them about the Native Americans who used to roam this land. The soil was loose and rose from the ground as George kicked lightly at a rock. Henry K. and George closely surveyed the land, looking with concentration and determination for finding some relic the Native inhabitants may have left behind to add to the “roost.” Henry K. looked down and as the dust from George’s last kick cleared, he saw an old spear point. The boys gathered the object, and ran home excited about their early morning find.

The Pennsylvania “Dutch” (a corruption of “Deutsch,” the German word for “German”) are German-speaking immigrants mainly from Germany and Switzerland who settled in Pennsylvania between 1683 and 1820. The Pennsylvania Dutch had a unique way of life that centralized around their family farming practices. They are well known for the popularization of the Easter bunny and the Christmas tree. The group is marked by their unique foods, including pretzels, pork and sauerkraut, chicken pot pie, red beet pickled eggs, and various bolognas and sausages. 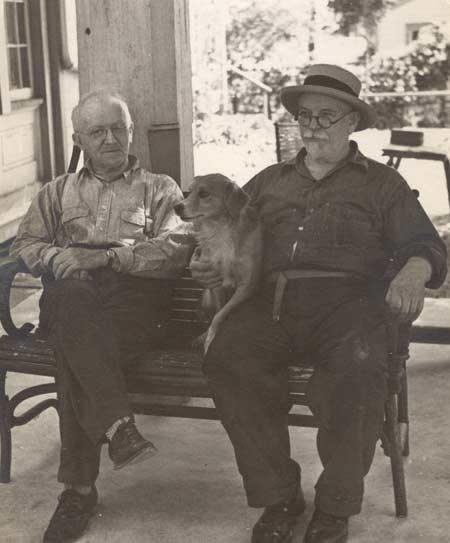 When the Pennsylvania Dutch first settled in present-day Pennsylvania, they lived peacefully with the Algonquin tribes of the area. These Native Americans lived on the land, until they were run out by industrialization and an increased population. The Landis family inhabited the land well before this occurred, and they are reported to be some of the earliest Swiss immigrants to the area. As the area continued to grow and flourish, so did the Landis family. Henry K. and George Landis became the 7th generation in American in 1865 and 1867.

Henry K. and George Landis were born into a family that relied on farming for their survival. Tobacco was the main crop, which perpetuated the business and gave the family the necessary funds to enable them to live their lives above the middle class. The boys were expected to work on the farm, but in the Landis Valley Museum Henry K. is quoted saying, “his parents were not strict, but unusually liberal.” His father, Henry H. has also been reported to have been very supportive of his three children and their endeavors, including the youngest Nettie May who died in her early 30s’.

Both Henry K. and George Landis began collecting objects at an early age. They kept their items in the attic, which they named the “roost.” Books, fossils, minerals, and bird’s eggs were just a few things the boys collected. They then began collecting axes, spear points, pestles, and other stone implements found on their farm. These objects were remains from the Algonquins who used to occupy the land. The items in the “roost” were just the beginning of the Landis brothers’ museum.

Since the Landis farm pulled in large revenue from the tobacco crop, Henry K. and George were encouraged by their family to attain a higher education. They studied engineering at Lehigh University in Bethlehem, Northampton County, but only Henry K. finished with a degree. After graduation, Henry K. spent a majority of his time in New York City as an editor of technical journals. George returned back home to run the family farmstead and serve as manager for Lancaster’s sanitation program. 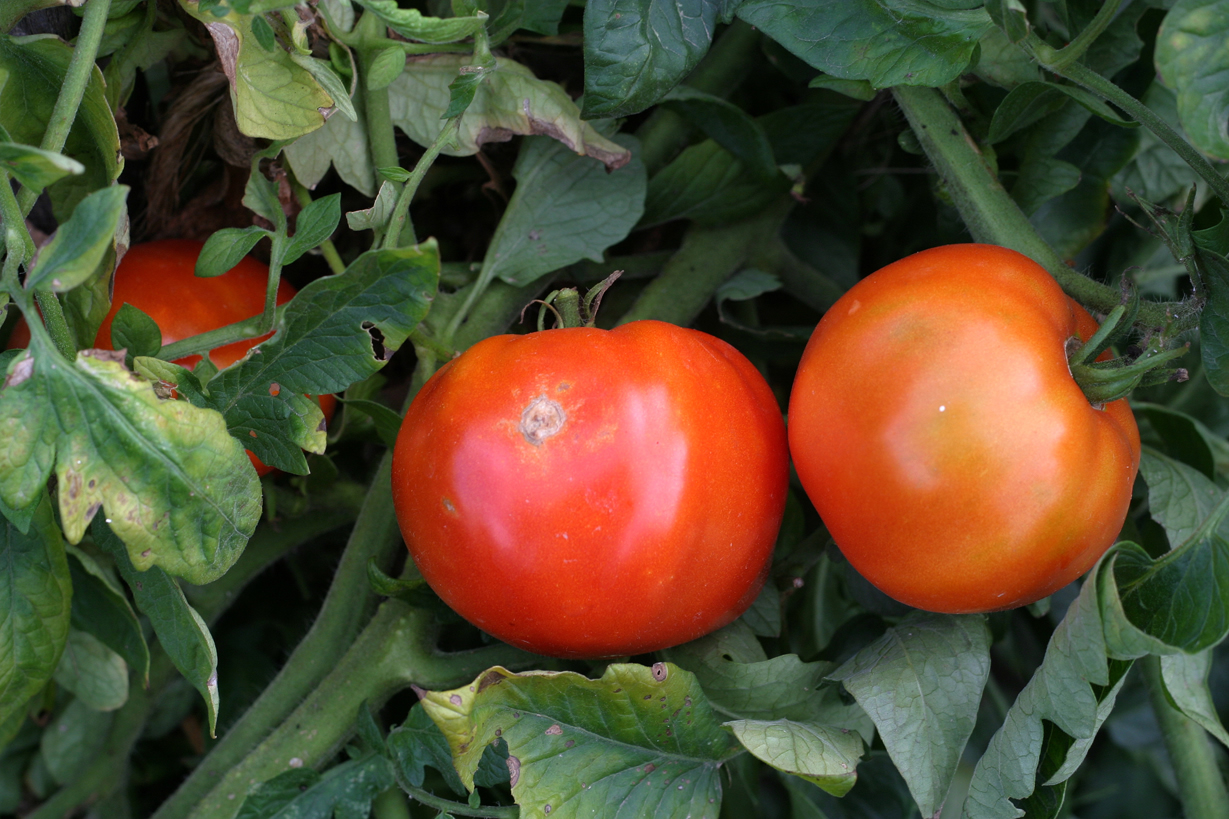 Even during this time, the brothers continued to build their collections. They attended many auctions and public sales to collect items, such as Conestoga wagons, homespun fabrics, hand-wrought firearms, quilts, pottery, and handcrafted furniture. Auctioneers referred to them as “nickel men” because they commonly purchased a basket full of common items for five cents. With all of the objects they collected throughout their lives, the brothers opened a museum in their barn in 1925.

The museum was officially opened a year before the death of their father, Henry H. Landis. Although the death of their father was a horrible time for the brothers, they were able to keep their spirits high because of their vision for what was then called the Landis Valley Museum. The museum proved to be relatively popular, but not very profitable. The brothers had to begin selling off acreage of their land to keep their dreams live. Finally in 1939, they were able to open the “Yellow Barn” as their second building.

The second building proved to be just what the Landis brothers needed to raise public support for the expansion of the museum. In 1940, the Oberloender Trust of the Carl Schurz Foundation gave monetary donations to Landis Valley Museum to help the Landis brothers formally open the facility in 1941. After this expansion, the Commonwealth of Pennsylvania took over the museum in 1953 with Henry and George Landis as the appointed managers. The museum was eventually placed under the authority of the Pennsylvania Historical and Museum Commission. The museum only continued to grow in both history and presentation. 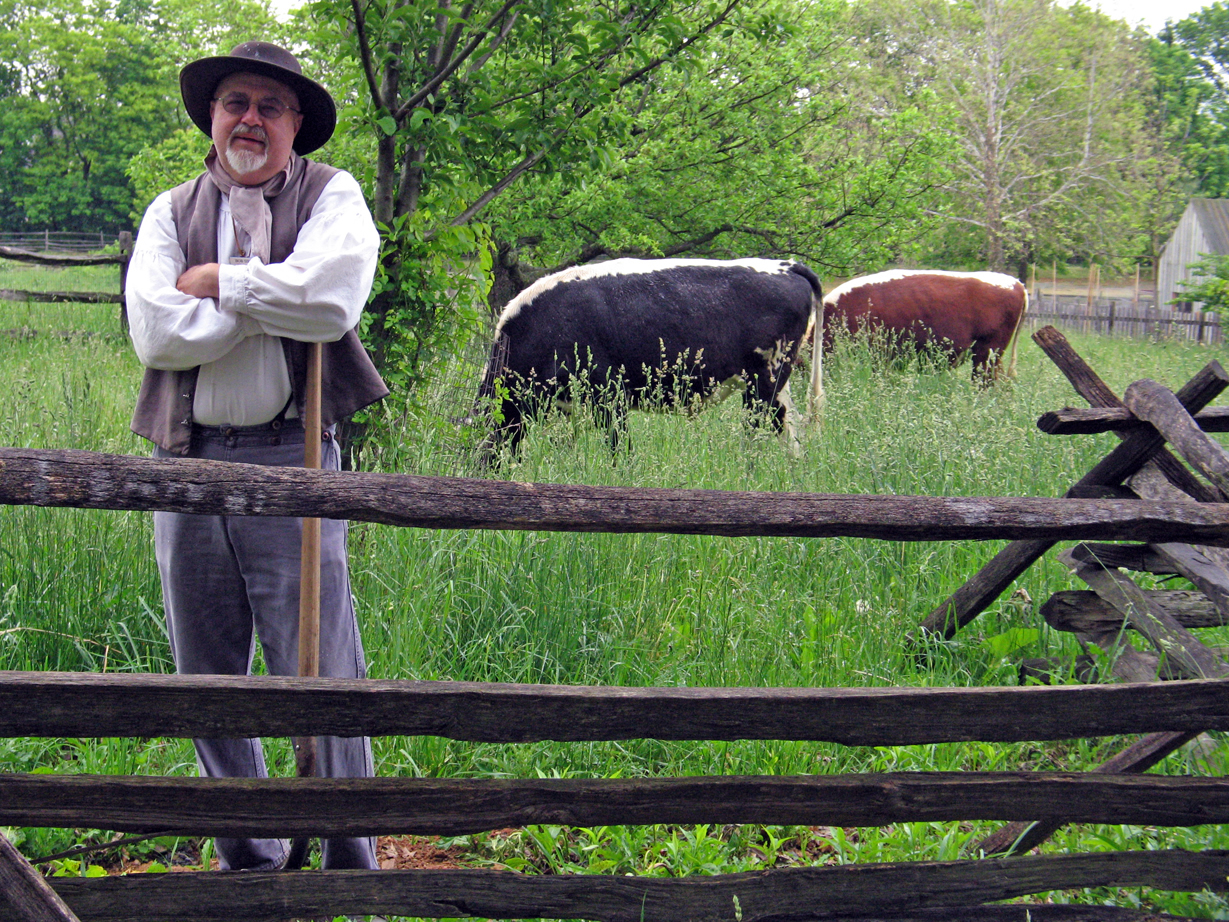 In the early 1960’s the Pennsylvania Historical and Museum Commission changed the name of the museum to the Pennsylvania Farm Museum of Landis Valley to adapt the location to be a primary education source of colonial agriculture. In 2011, the name was expanded to the “Landis Valley Village and Farm Museum.” They began developing plans for further expansion and in the 1970’s new buildings and historic structures were moved to this location from around Lancaster County. Individuals were paid to dress and act like inhabitants from times gone by. With these changes, the museum became what it is today.

The Landis Valley Village and Farm Museum offers an insight into the life of early settlers in Pennsylvania. The museum encompasses the history from 1750 to the early 1900’s; this makes the museum unique because it does not focus solely on one time period. As visitors travel around the museum they see workplaces of craftspeople, farmhouses, a stone tavern, and many other buildings. The museum provides a great amount of historical value to community and Pennsylvania as a whole, but there was still one piece of the puzzle missing.

In the mid-1980’s Lee Stoltzfus visited the Landis Valley Village and Farm Museum for the first time. During his visit, he approached staff of the museum to inquire about why the museum was not providing the guests with the same food the Pennsylvania Dutch would have consumed. In the article “But What Did They Eat? Preserving Pennsylvania German Food Heritage,” Bill Simpson wrote, “That question led to one of the earliest heirloom seed preservation efforts in the country, and since then the idea has grown significantly.” The Heirloom Seed Project began from a collection of seeds from Amish farmers in the area, and it continues to grow every year as new varieties are recovered and more educational workshops are put in place. 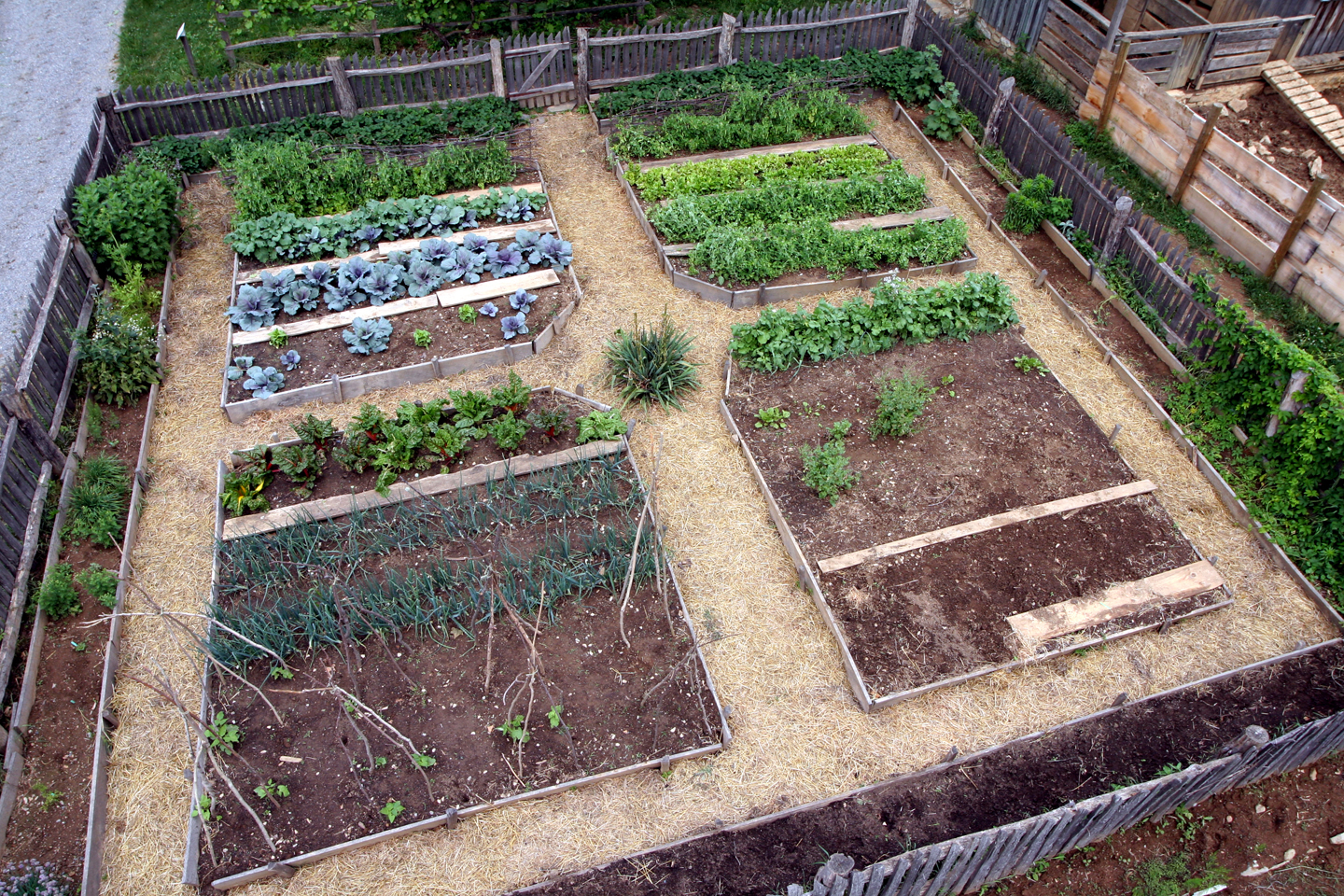 The Heirloom Seed Project contains seeds from many different herbs, vegetables, flowers, and fruits. To prove how rare some of these varieties truly are Simpson quotes Joe Schott, Farm Manager and Coordinator of the Heirloom Seed Project stating, “Some of these plants actually came here from Germany and disappeared there.” This statement demonstrates the historical value the Heirloom Seed Project can provide to the community. All of the seeds in the collection are both grown at the museum and sold through a catalog for people to grow at their own homes. This enables customers to experience true Pennsylvania Dutch ingredients in their everyday lives.

Some of these varieties include: Lazy Wife beans, Deacon Dan beets, Jacob’s Cattle Bean, Mammoth German Gold Tomato, and Deertongue lettuce. Each plant variety of the Pennsylvania Dutch has an interesting tale behind their name or is named because of their appearance. The Lazy Wife bean is a rare bean that receives its name from the way it grows. The bean grows in easy to pick clusters that allowed the wives of farmers to easily harvest this vegetable. The seed dates back to 1882 and was the third most popular bean in 1907. The Deertongue lettuce grows upward and has light green triangular leaves that look like a deer’s tongue. 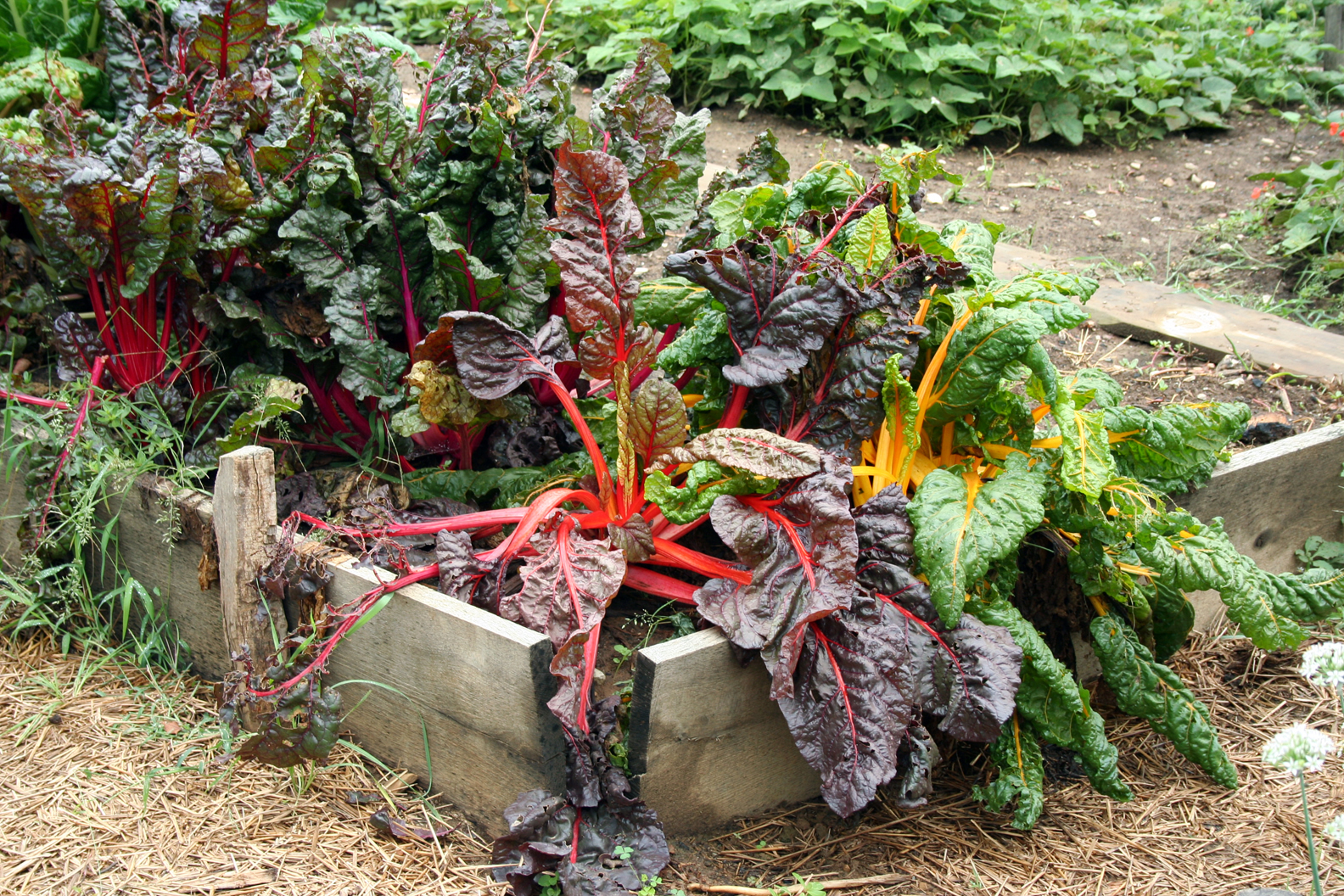 Landis Valley Village and Farm Museum, PHMC, Lancaster, PA
Rhubarb growing in one of the gardens. One can almost taste the pies that will be made from it!

The historical value is not the only purpose for heirloom seeds to be preserved. With the industry changing to hybrid seeds, many different seed varieties have been lost. A hybrid seed is created by genetically splicing seeds and recombining to select for desirable traits. For example, hybrid seeds may be developed to produce higher yields or to protect a crop from harsh weather. However, hybrid seeds are genetically identical, which doesn’t serve well in protecting them from natural events, such as blight. This is what happened during the Great Irish Potato Famine of the 19th century when virtually all of the potatoes on the Emerald Isle were of one variety. Plant varieties provide genetic variables that contribute to natural protection against disease and pests.

Although Henry K. and George Landis did not live to see it, the Landis Valley Village and Farm Museum and its Heirloom Seed Project is now listed on the National Register of Historic Places. From their ideas and contributions a much larger plant has grown than could ever had been imagined.

“Though I do not believe that a plant will spring up when no seed has been, I have great faith in a seed. Convince me that you have a seed there, and I am prepared to expect wonders.”
—Henry David Thoreau

The Center would like to thank Timothy W. Essig of the Landis Valley Village and Farm Museum for his assistance illustrating this article.