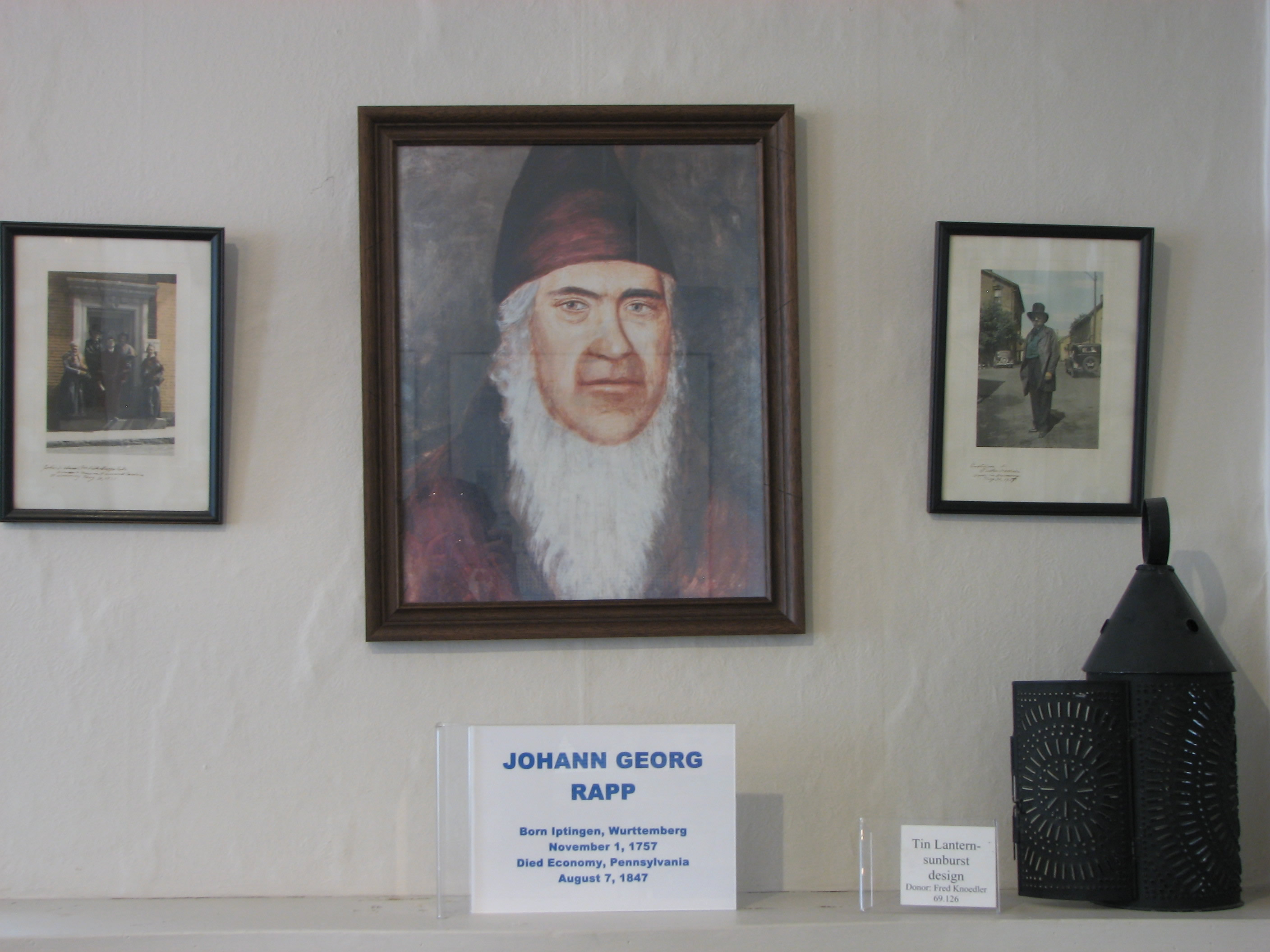 Imagine living in an environment where all community members invest their possessions and money into a common stock, agree on a uniform dress code and survive off the bounty of the land. These American utopian ideals were held by the Harmonists, a group of German immigrants who moved to America seeking religious and economic freedom while awaiting the Second Coming of Christ. In the interim, the Harmonists combined 19th century technology with their simple lifestyle to develop one of the most successful American economies.

In 1804, the ships Aurora, Atlantic, and Margareta set sail from Amsterdam, Holland. With over 100 families in tow ready to begin a new life, the ships headed to America. Led by Johann Georg Rapp, the families journeyed to Butler County, Pennsylvania where they would establish the town of Harmony. Assuming the name of the “Harmony Society,” the group, established by Rapp in 1805, based their lifestyle on early Christian communalism. Situated in the Connoquenessing Valley of Beaver County, the Harmonists shared common property. According to the Harmony Society Papers, in 1806, with the building of a small cloth factory, the group began establishing businesses; a sawmill, tannery, distillery, vineyards, and a two-story hotel followed suit. In 1807, the Harmonists began observing the practice of celibacy for the purpose of purification.

In 1814, after nearly a decade in Harmony, the society set out to find new land that would provide more desirable living conditions. Moving west to Posey County, Indiana, the Harmony Society established a second town called Harmony, today known as New Harmony. The Indiana land provided the Harmonists with many agricultural opportunities. However, the area was also consumed with disease, forcing Rapp to once again move the society. Led by Rapp in 1824, the Harmonists moved to their final settlement in Beaver County, Pennsylvania. Here, along the Ohio River, the Harmony Society founded the community of “Oekonomie,” now referred to as the “Old Economy Village.” 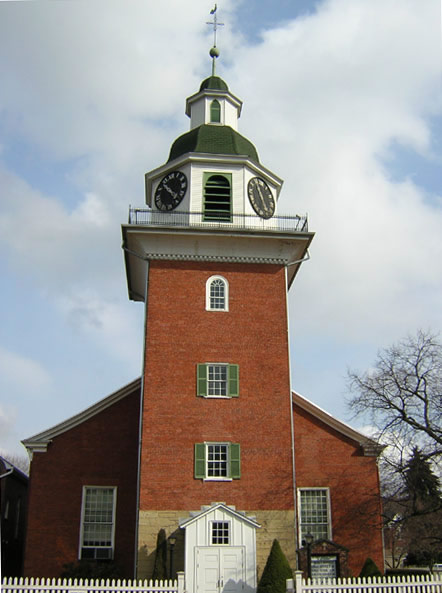 The Harmonists were devoted to living simply based on the principles of the early Christian Church, and preparing for the Millennium, Christ’s Second Coming to earth for His 1,000-year reign. The Harmonists wished to travel to Jerusalem with Christ to rebuild the Temple. The Harmony Society left Europe to escape economic and religious oppression, in preparation for Christ’s Second Coming.

The foundation of the Harmony Society strove for equality, regardless of economic status, for all members. Placing all possessions and money into a common stock the Harmonists made decisions that would benefit the entire community. Along similar lines, the Society agreed upon a simple uniform policy and a standard house structure for everyone to live in. Every month, common items such as flour and salt were distributed to families; fresh meat was also distributed based on family size.

Old Economy Village was developed on an elevated plateau, situated between the lush, green, rolling hills of Pennsylvania and the fast, flowing water of the Ohio River. The design of the village matched the character and simplistic lifestyle of the Harmonist settlers. The church, which represented the purpose of their existence, was located in the center of town and the focal point of reference rather than the local town hall.

The planned community established outbuildings for such tradesmen as blacksmiths, wagon makers, cabinetmakers, linen weavers, and potters. In addition, the community implemented large scale structures for mills and barns. The architecture of the buildings also reflected the style of the inhabitants, sturdy, plain, and resourceful. Family homes were mirror images of each other. Two-story, red, brick structures with wooden frame windows and a side door lined the community. Records reveal that the Harmonists built approximately 200 buildings for their community in an 18 month period. It was quite an accomplishment for the time, considering 75 percent of Pittsburgh’s citizens still lived in one-room log houses. 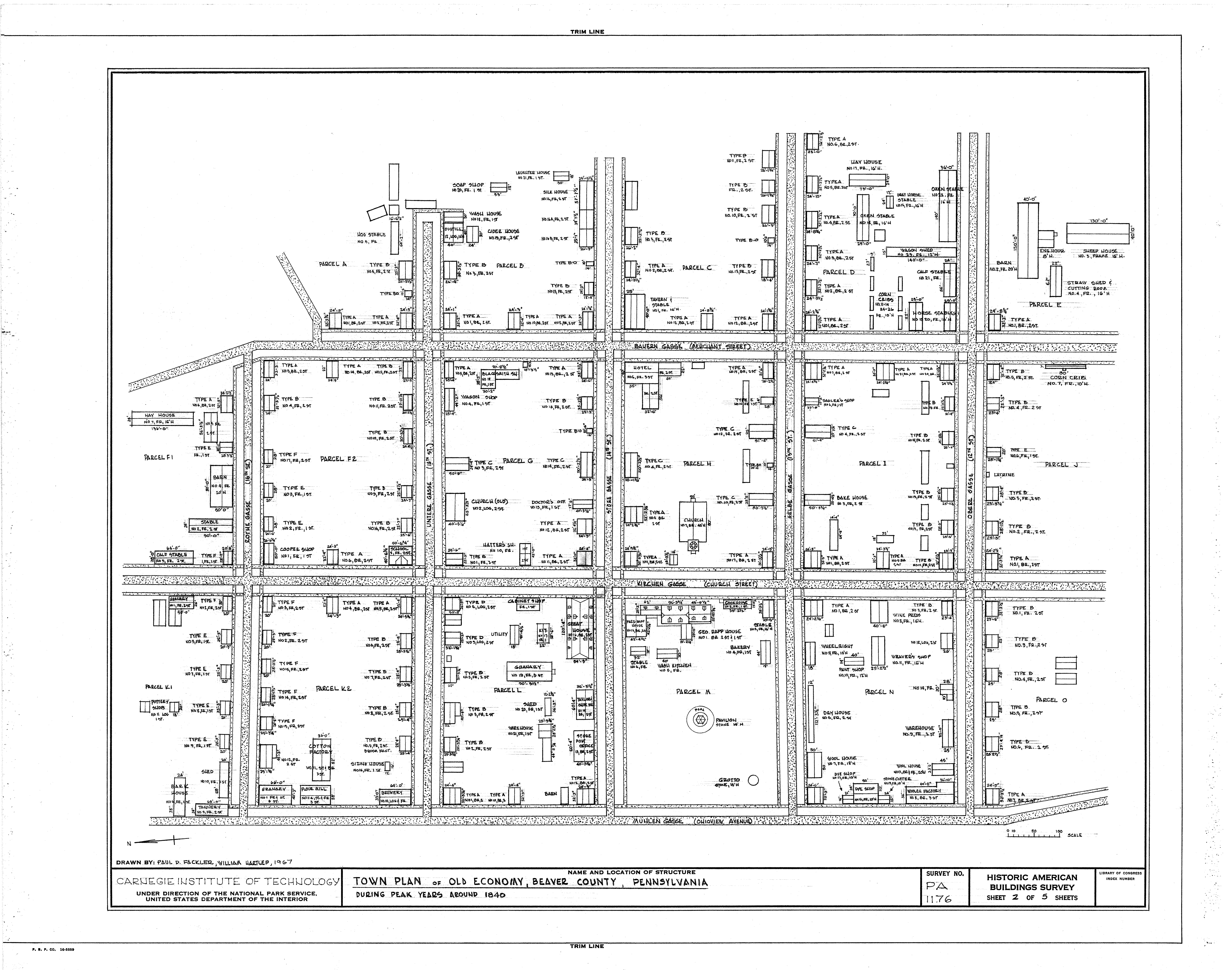 Paul D. Fackler and William Hartlep, Library of Congress
The town was planned on egalitarian principles. Click to see the whole town in great detail.

The Harmony Society was able to create such a thriving economy by placing “the manufacturer beside the agriculturalists,” Thomas Jefferson’s ideal economic plan for America. The arrangement of the Society allowed for the prosperity of agriculture and industry economies without outside influence.

The Harmonists were eager to utilize the most modern technology available as it enabled the Society to be a part of the competitive American market of textile manufacturing of wool, cotton, and silk. By 1825, the Harmonists had constructed textile factories powered by steam engines. Shortly after settling in Beaver County, Rapp was sent silk worms from an Eastern friend who offered instructions on the market. The silk worms proved to be very profitable for the Harmonists as they subsequently produced large quantities of raw silk and manufacturing into various materials such as ribbon, velvet, and satin. The Harmonists produced silk fabric of such high quality that it received gold medals at exhibitions in Boston, New York, and Philadelphia.

The Old Economy society was a major economic influence on Western Pennsylvania. The Harmony Society assisted in the construction of the Pittsburgh and Lake Erie Railroad, in addition to founding the Economy Savings Institution, the Economy Brick Works, and Economy Lumber Company. Success followed the Harmonists during this time period as they dominated trade along the Ohio River and in Pittsburgh.

In addition to Old Economy’s industrious and economic prosperity, the community was also known for its orchards, vineyards, and gardens. As the vineyards produced fine wine, which was well renowned in the mid to late 1800s, the self-sufficient Old Economy was profitable in even more facets. Families prepared personal gardens full of tulips and dahlias in addition to apple, pear, and lemon trees. Rapp himself had a beautiful garden, representative of the Garden of Eden.

Eventually, the Harmonists encountered major hardships which ultimately led to the demise of the society. Fierce completion from outside companies caused a loss of revenue for the Harmony Society. Their observance of celibacy also caused a lack of labor force as workers aged and retired but the society did not have a new generation to replace them. As the United States continued to create companies with seemingly unlimited manpower, the production of larger quantities at more competitive pricing increased. Thus the Harmonists were pushed out of the competitive market as they did have the manpower to keep up. The population of the Harmony Society, in addition to its labor force, also dwindled as the years passed. The once productive and independent Society was hard pressed to remain self-sufficient as continued to lose members. 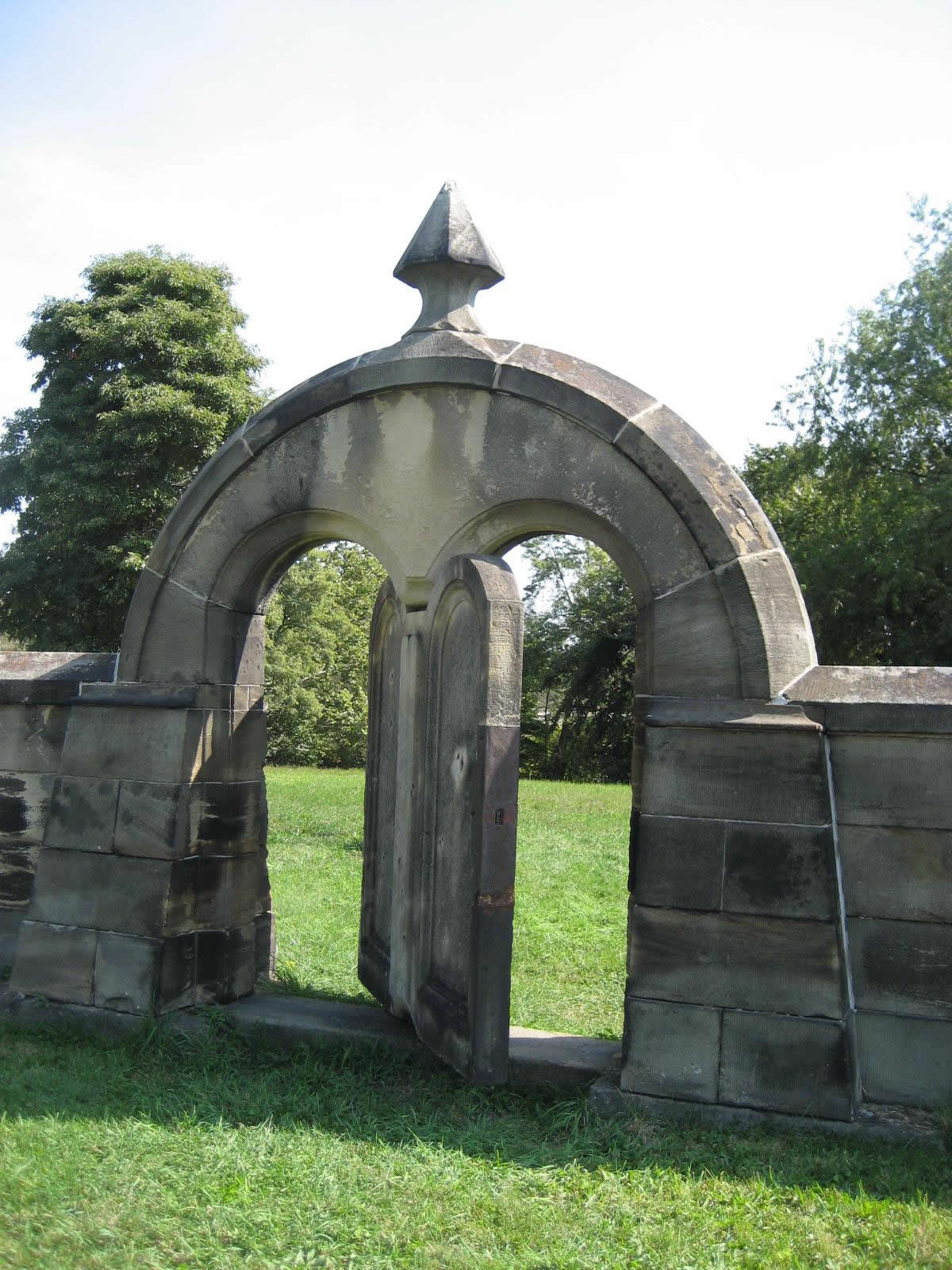 TheKarenD_
This rotating stone door led to an undifferentiated graveyard in the Harmony Society.

In 1832, the Harmony Society suffered an extreme loss in their already declining population. Count de Leon, a persuasive religious figure, came to America in 1832 in hopes of creating another Harmonist Society similar to that of Rapp’s. Rapp agreed to let Leon and his 40 followers stay in Old Economy while they waited for the winter to pass. Leon planned on founding his own society not too far from Old Economy. However, Leon’s ideal society was different than that of Rapp’s. Leon was less strict about clothing and lifestyle regulation. He also supported marriage in addition to advocating less work and more privileges for his people. By the end of the winter of 1832, Leon had convinced one-third of the Old Economy Harmonists to leave their settlement and form a new society only 10 miles down the road. The Harmony Society never recovered from the reduction in their population. By 1905, the once thriving, self-sufficient society had all but dissolved. The Commonwealth of Pennsylvania subsequently acquired six acres of the Society’s original land along with 17 buildings.

Old Economy is located in present day Ambridge, Pennsylvania. The former Harmonists residence is now a National Historical Landmark Site run by the Pennsylvania Historical and Museum Commission. Open to the public March through December, the village of Old Economy consists of 17 restored historic buildings, 16,000 society artifacts, and various gardens. Reenactment volunteers portray the simple life of the Harmony Society by working in the blacksmith shops with original tools, tending to the gardens, and churning butter. The living museum offers an assortment of workshops to adults including woodworking in the 19th century and vibrant spring gardening. Visitors are also invited to hand crank ice cream, press apples for cider, and dip wax candles. The once independent and simplistic society of the Harmonists did not see very much of the 19th century, yet their way of life is preserved and remembered at the historical Old Economy.